Eat It or Save It

Learn how you can reduce food waste through awareness, changing habits and the adoption of effective management solutions

Did you know that…

In the UAE, a mountain of leftover food valued at $4 billion (Dh14.69 billion) is tossed into the garbage from homes, eateries and large events. Each of one of us has a part to play in reducing food loss and waste, not just for the sake of the food wastage and spoilage but for all the resources that go into its production, distribution, across its value chain and for the harmful effects that come out of its disposal and rotting in landfills.

Every time you buy an apple and do not eat it, you are wasting 4.5 buckets of water – for that is how much it takes to grow just one apple!

Imagine then the scale of water, land, soil, resources and human effort it takes to grow every grain, fruit, vegetable, dairy and meat product on Earth. And then imagine how much of all these vital resources are squandered every minute, hour and day as we willfully waste food that is grown to be consumed.

With over 10 million tonnes of food being mobilized within the UAE per year, including imports and local production, it is estimated that 3.27 million tonnes of food is wasted in the UAE, enough to fill 136,250 trucks, being the equivalent of each one of us throwing five bowls of rice in the bin, every single day! That’s a lot of food. 3,270,000 tonnes of it in fact (or 350kg each). In Abu Dhabi, food makes up 39% of all waste, which adds up to some 400,000 tonnes. And things only get worse during Ramadan – in Dubai, 38% of food is wasted, but this rises to a whopping 55% during Ramadan!

Food waste is costing us a lot of money. Each year AED 13 billion worth of food is wasted, the same as AED 1400 per person, which will make you think twice before loading up your plate with more food. It is also very harmful to the environment. The carbon footprint of wasted food in the UAE is equivalent to that of around 1,000,000 cars – over a third of the number of cars in the entire country.

What do we do about it?

We drive awareness to reduce food waste, through running informative sessions for public and private entities, in addition to organizing hands-on team building initiatives that not only talk about the problem, but also propose solutions that use circular economy thinking and nature based approaches.

Interactive packing activities suitable for all ages were launched from 2022 to progress on several Sustainable Development Goals, calling for responsible consumption and production to address food waste and drive climate action while addressing the dual issue of rising hunger and social inequity by providing low-income communities with tasty and nutritious food items.

Our assembly process combines a warm meal with fresh fruits and vegetables. These meal packs are mainly composed of surplus foods that have been diverted from landfill just because they were unsold in the market or have near expiration dates.

We partnered with the UAE Food Bank to distribute meal packs to those in need across the UAE.

Eat It or Save It Related News 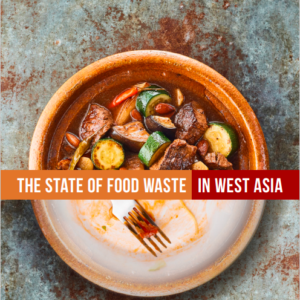 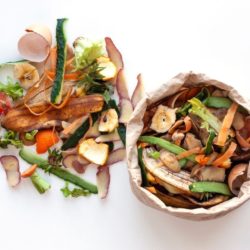 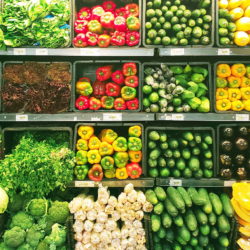 How Sight Became the Sense of the Supermarket 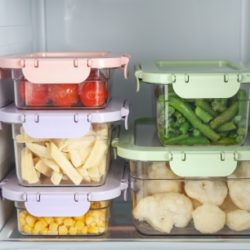 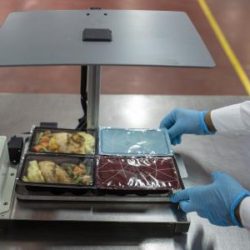 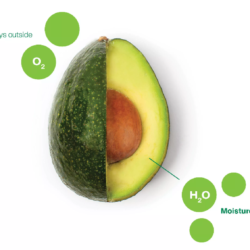