An island of fertility 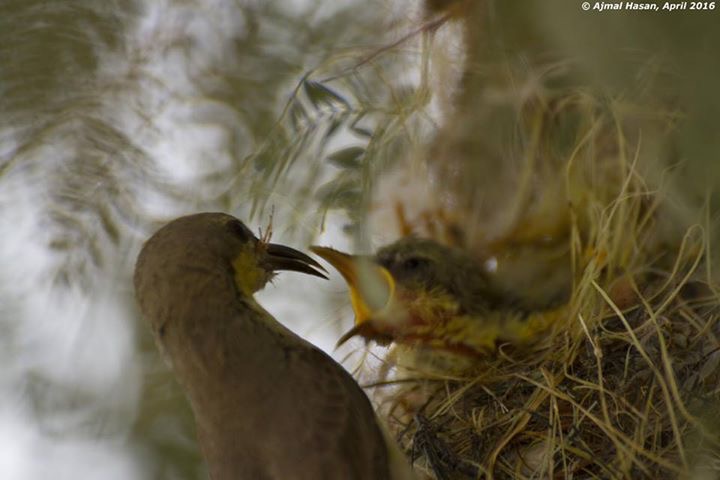 Flowers, fruits, leaves, bark, branches and roots of Ghaf – all provide resources and habitat for a variety of native fauna and flora, making the tree a keystone species; one that plays such an integral part of the food chain in an ecosystem, that if it disappeared, it would cause the ultimate extinction of other species in that system.

Many birds build nests on the Ghaf – desert eagle owl, brown-necked raven, yellow-throated sparrow and long-legged buzzard are examples. Still others nest in holes along trunk and branches; and many more use the trees as roosts.

Prosopis Cineraria has a very deep taproot system and hence it does not generally compete with the associated crops. The improved physical soil conditions compared with higher availability of nutrients under the Ghaf canopy explain the better growth of the crops associated with it.

Because of its extensive root system, it stabilizes shifting sand dunes and is also useful as a windbreak and in forestation of dry areas. It fixes atmospheric nitrogen through microbial activities and adds organic matter through leaf litter decomposition, rejuvenating poor soils.

Because it is the only tree species in arid regions, it provides much needed shade and shelter to the farmers working in the fields as well as to the cattle and wildlife during the summer months.

Cattle, sheep, horses, mules, donkeys, goats, camels and other desert wildlife eat pods of Prosopis Cineraria. In western Rajasthan, Blackbuck (Antilopecervicapra) and Chinkara (Gazellabennettii) have survived by eating the pods and leaves of this tree. 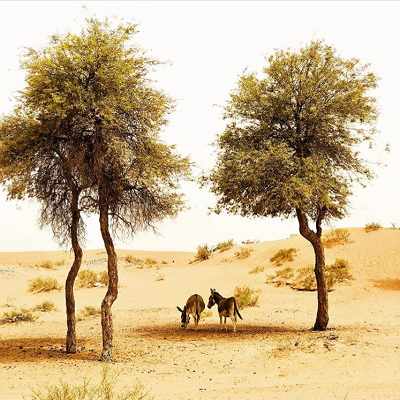 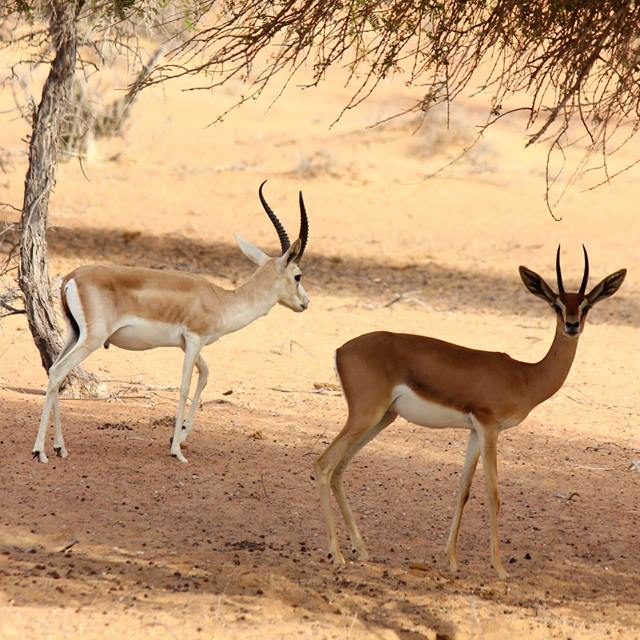 Because of its economic value, the tree is left standing in arable land and the farmers regulate its population by adapting suitable agro forestry management practices.

Prosopis Cineraria is much valued as a fodder tree. The trees are heavily lopped particularly during winter months when no other green fodder is available in the dry tracts. There is a popular saying that death will not visit a man, even at the time of a famine, if he has a Ghaf, a goat and a camel, since the three together will sustain a man even under the most trying conditions.

The forage yield per tree varies a great deal. On an average, the yield of green forage from a full grown tree is expected to be about 60 kg with complete lopping having only the central leading shoot, 30 kg when the lower two third crown is lopped and 20 kg when the lower one third crown is lopped. The leaves are of high nutritive value. Feeding of the leaves during winter when no other green fodder is generally available in rain-fed areas is thus profitable.

Prosopis Cineraria is most one of the most important feed species for desert livestock, contributing a major proportion of their feed requirements. It provides nutritious and highly palatable green and well as dry fodder that is readily eaten by camels, cattle, sheep and goats. Locally it is called Loong.

An added economic value of Ghaf is as an ornamental in cities and towns, where it is being extensively planted.

The tree is under threat due to:

The greatest danger to Ghaf is from browsing by camels and goats; and intensive lopping to provide forage especially during summer. In some places degradation is so intense that Ghaf regeneration has been totally eliminated. Moreover, as urban spread and infrastructure develops rapidly, Ghaf trees often bear the brunt.

Excessive groundwater extraction is another threat. The effect of groundwater withdrawal on trees, in the long term, is uncertain; but could be harmful if extraction is from the soil layers that are tapped by tree roots.

For the UAE, an accelerating decline in Ghaf trees and woodlands implies a loss in cultural and biological heritage.

However, this doesn’t end on a sad note! In response to all of these threats, measures are being taken by government, non-government and private entities to protect the future of the tree!

Back in 2007, Emirates Nature, formerly known as Emirates Wildlife Society, and the World-Wide Fund for Nature (WWF) launched a campaign called “Save the Ghaf Tree”, which aimed to make the endangered tree a national symbol and to raise awareness about it among UAE residents. The campaign was well-received and a big success, as almost 1,000 trees were planted and the Ghaf was declared the national tree the following year! It has also been made illegal to cut down a Ghaf tree!

Today Goumbook wants to preserve its aesthetical, cultural and ecological significance and lead its conservation to create public awareness aimed at protecting the wild Ghaf. Efforts are under way to look after this precious tree and YOU can do your part to help the Ghaf! 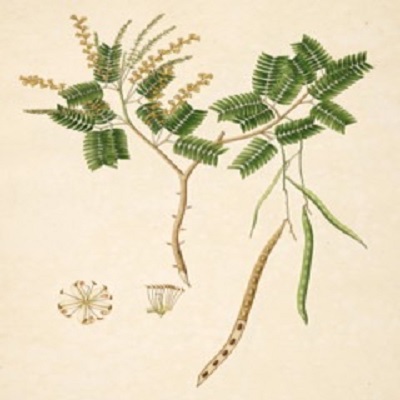 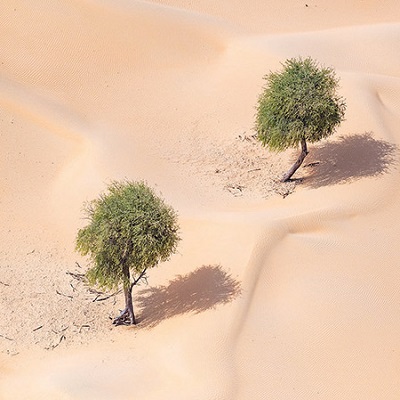 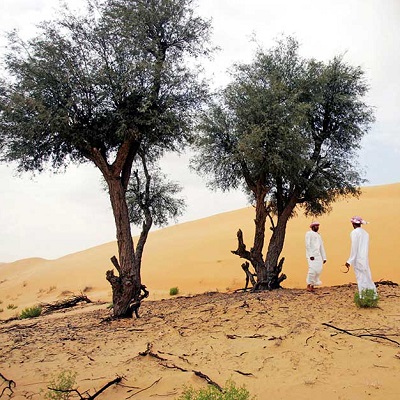