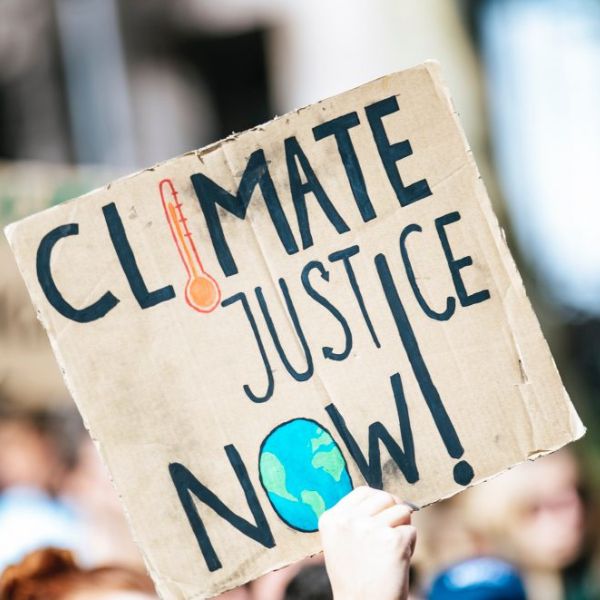 Wildfires, floods, droughts, crop failure – effects of the climate crisis regularly make the news headlines in one way or another. While many of these consequences of climatic change affect us directly or indirectly, there is another side to the issue that the privileged segments of society, living in developed nations, working in secure jobs, hardly ever think of. “Climate Justice” is the indivisible twin of “Climate Action”, and it essentially means the just division, fair sharing, and equitable distribution of the benefits and burdens of climate change, as well as the responsibilities to deal with it.

Human-induced climate change is the largest, most pervasive threat to the natural environment and our societies we have ever experienced, and the poorest countries are paying the highest price, a UN expert said.

“There is an enormous injustice being manifested by developed economies against the poorest and least able to cope. […] The G20 members for instance, account for 78% of emissions over the last decade”, said Ian Fry, UN Special Rapporteur on the promotion and protection of human rights in the context of climate change, in a report to the General Assembly this week.

Yet, those most affected and suffering the greatest losses are the least able to participate in current decision-making. More must be done to ensure vulnerable groups including children and youth, women, persons with disabilities, indigenous people, and minorities have a say in their future.

Urgent action by developed economies and major corporations to take responsibility for drastically reducing their greenhouse gas emissions is essential not only to combat climate change itself, but also out of a moral obligation to avoid a human rights catastrophe set into motion by this unequal distribution of originators of and sufferers.

In support of organizations that recognize the urgency to step up their climate game and take responsibility for effective, timely climate action and justice, Goumbook has developed a solutions-oriented workshop based on the “Climate Fresk” tool. Book your consultation to understand how educating your leadership and workforce on the cause-effect-relationships underlying climate change helps you build outcome-oriented strategies and identify solutions specific to your business.