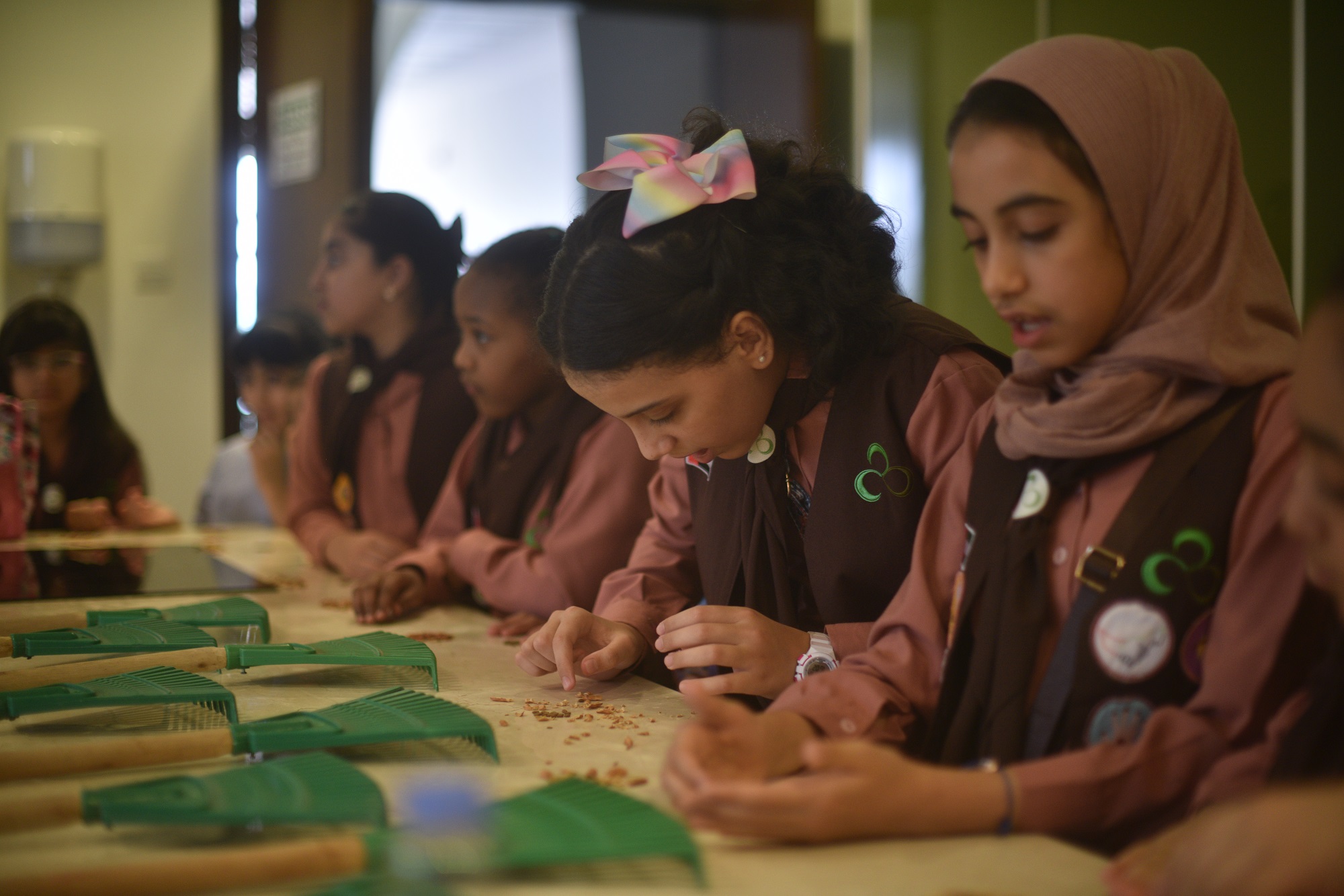 With the help of TerraLoop and the Sharjah Girl Guides, Goumbook was able to organise an event to collect seeds from trees that were planted four years ago with long term partners Accor and Chalhoub Group. As the trees are now mature and producing healthy seed pods, it was decided to harvest these seeds and produce a seed bank that can be used to establish more trees.

“This is such a huge achievement for our Give a Ghaf tree planting program, knowing the immense value of the Ghaf tree, said Tatiana Antonelli Abella, Founder and Managing Director at Goumbook. “It is fantastic that our own trees are now producing seeds. We are very grateful to TerraLoop and the Sharjah Girl Guides for making this happen.”

Over the course of the morning, 120,000 seeds were collected: 10,000 of the seeds were collected by 10 Sharjah Girl Guides who were aged 8-10. They all worked together as a team, sharing tasks and having fun.  Now, Goumbook has a huge number of seeds that are ready to be planted, to further drive the ‘Give a Ghaf’ programme.

Ryan Ingram from TerraLoop was instrumental in this event for all the experience he brought and the training he gave to the young girls. He told us: “After gearing up and a short briefing, we all headed out in the late afternoon summer sun to the Ghaf forest with the mission of raking up and collecting the fallen seed pods from under the trees. The girls collected over 100,000 seeds in 4 hours! They were so surprised and happy with the success of their hard work.”

“With climate change unravelling rapidly around the world, it is imperative for us to take precautionary measures,” said Shaikha Al Shamsi, Manager at Sharjah Girl Guides. “One of the ways of doing that is to increase green spaces organically, and the indigenous Ghaf tree – the symbol of UAE’s Year of Tolerance – is a natural fit given its hardy nature. We are very proud of our girl guides’ role in this extremely important environmental initiative, which also aims to firmly establish a culture of planting trees to combat deteriorating climatic conditions”

The need to plant trees has never been more important. Trees act as carbon sinks, absorbing carbon dioxide from the atmosphere and storing it for long periods of time, thus helping to stabilise and reduce net emissions. The best solution is to plant more indigenous trees that can withstand the harsh conditions of this region, and no other species is better suited than the wild Ghaf: the tree is a great survivor against fierce temperatures, searing winds, and water scarcity. It is estimated that during the summer months, a Ghaf tree requires just six of litres of water per day, compared to 200 litres a day for a date palm tree.

On the occasion of the UN Climate Action Summit on 23 September, Goumbook invites everyone in the UAE to join the efforts to reduce CO2 emissions, following the call to action by UN Secretary-General António Guterres to reduce emissions by 45 per cent over the next decade, and to achieve net zero emissions by 2050.

One Moto is driving the wave of sustainability in Dubai