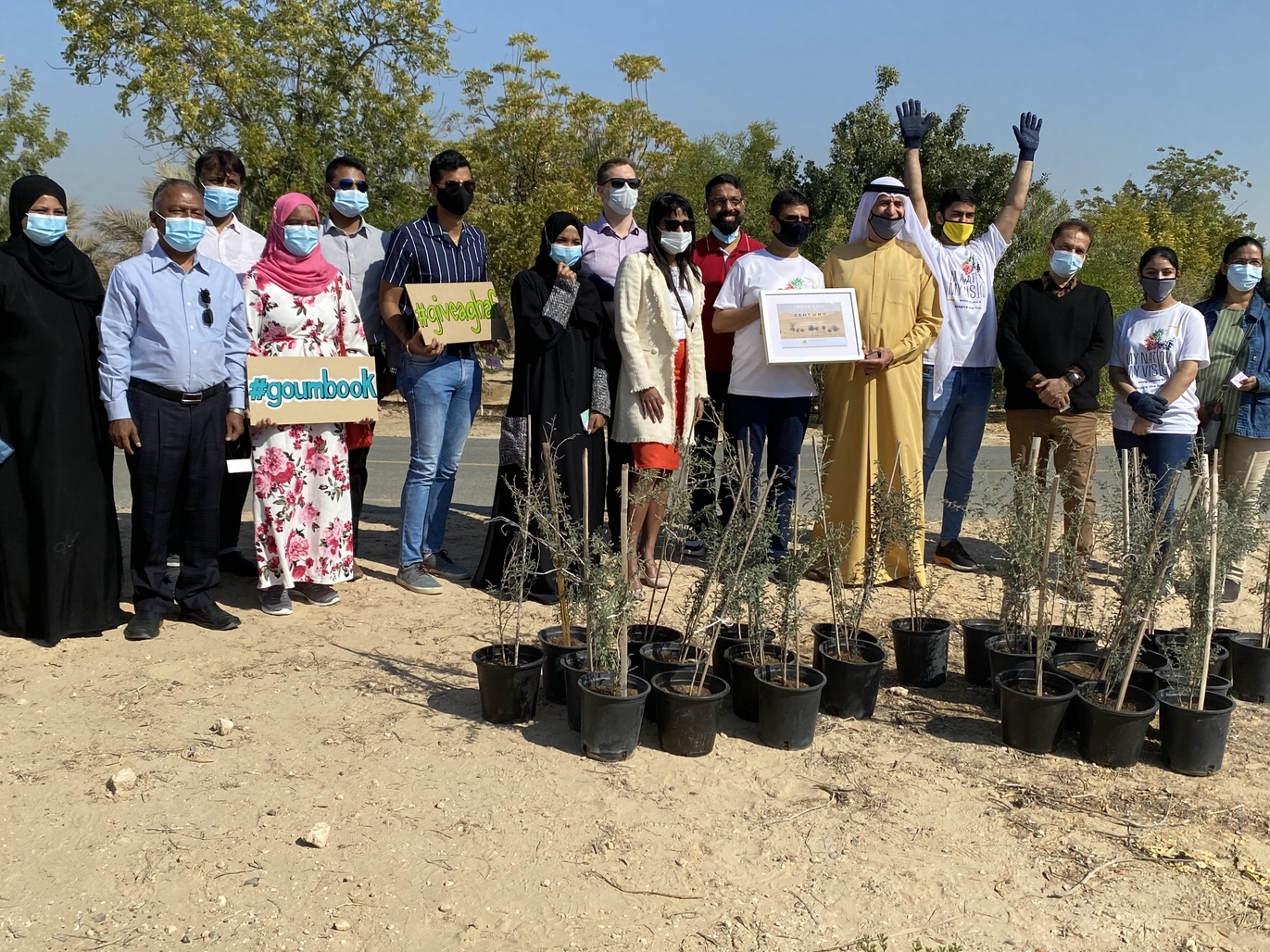 Century Financial and Khaleej Times came together on January 16 to felicitate and reward the 49 winners of initiative themed ‘My Nation My Vision’.

The top three winners — Shobhika Kalra, Haider Sharif and Minette Escober Javier — who won gold coins, were delighted that their thoughts could strike a chord with the community as the UAE leads the way towards a bright future. As part of the awarding ceremony, the 49 winners also had the opportunity of planting 49 saplings of the UAE’s National Tree, the ghaf, with their name tags on it, facilitated with Team Goumbook.

Minette Javier, one of the top three, was inspired by the tree-planting experience. She added, “From this wonderful experience we learn that patience and perseverance are required to turn these saplings we plant today into trees tomorrow. Similarly, it requires dedication and efforts to turn our vision into reality.”

“The UAE has been on the path of success with constant improvisation on technology, sustainability and fostering tolerant communities. My vision is to sustain and further the good initiatives undertaken by each one of us which will contribute towards the constant growth of the nation”, Haider Sharif added.

“I have been aiming to go green and adapt an eco-friendly lifestyle since I moved to Dubai. And this initiative provided me with a wonderful opportunity to take a small step towards going green as I planted a ghaf tree today. I look forward to see this initiative move further with years to come,” said Rehna Martin, one of the top 49 visionaries of the campaign.

Founder and managing director of Goumbook Tatiana Antonelli Abella shared valuable information during the awareness session about Ghaf tree and its cultural significance. The Ghaf is a drought-tolerant tree, able to combat desertification and improving soil fertility in arid environments.

As the initiative stands for a better tomorrow, Century Financial and Khaleej Times together saw an opportunity to make a difference to the UAE’s environment and help plant the 49 ghaf tree saplings by giving winners a chance to do the same. The felicitation ceremony, held at International Center for Biosaline Agriculture (ICBA), was carried out with safety protocols in place.

Introduced in line with 49th UAE National Day, the campaign called upon UAE nationals and residents to share their vision for their family, community, nation, world or the universe on a dedicated microsite www.mnmv.ae. The microsite featured ‘My Vision Wall’ with a special tab provided to submit the vision statement. Participants were invited to submit their vision on the wall while engaging with the hashtag #MyNationMyVision on their social media channels. The UAE nationals and residents were then encouraged to vote for the best-posted visions amongst the ones enlisted on the wall.

The campaign was formally launched on the social media channels of Century Financial and Khaleej Times on November 29 last year, with the aim of encouraging the citizens and residents of the nation to share their visions for the future. Following a thorough selection process and considering the number of votes received, the winners were selected.

This article originally appeared on khaleejtimes.com

Trade System Is The Key To Tackling Climate Change Initiatives

Goumbook Partners With One Good Thing For Positive Impact On Planet