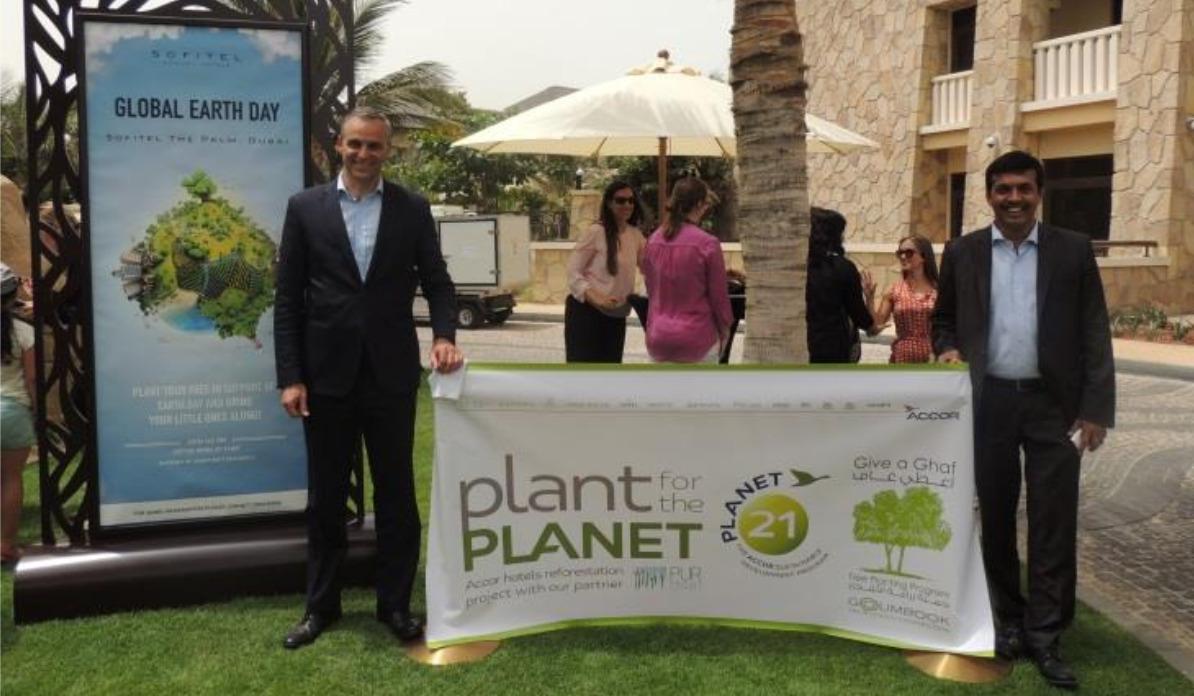 In a bid to put the light on its environmental activities, Accor HotelServices Middle East recently announced that under its Planet 21 programme plans are underway to plant 100,000 trees in the UAE over the next decade.

Accor recently announced a partnership with Goumbook for a long term restoration project – Plant for the Planet. This project will see 2,000 Ghaf trees planted over the next 12 months in the UAE.

The company also announced its 2014 environmental performance results for the Middle East. The results report a 10% reduction in water consumption and 100% of Accor regional hotels now recycling their waste.

Some of the other main initiatives announced for 2014 include installing a system of monitoring and analyzing utilities in Accor regional hotels, implementing ‘Plant for the Planet’ towel and linen re-use initiative in hotels, with hotel savings used to fund reforestation programmes such as planting Ghaf trees, putting water regulators in guest rooms and public areas and fitting LED lights and heat pumps in hotels.

Christophe Landais, chief operating officer for Accor HotelServices Middle East said: “Each of our 70 hotels in the Middle East now closely monitors their utilities and recycles their waste, which is a positive achievement that contributes to our sustainable development to protect our planet. We hope to even further improve on these results next year and reach our target of planting 100,000 trees over the next 10 years.”

Aluminium can help build a circular economy. Here’s how