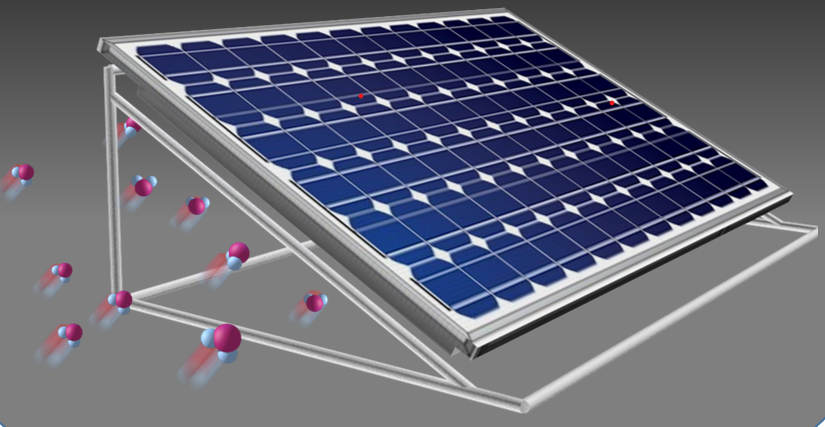 Scientists from Saudi Arabia’s King Abdullah University of Science and Technology have proposed a new PV panel cooling technique which employs an atmospheric water harvester. The device uses waste heat from the PV panel to collect atmospheric water at night and then releases it during the day to cool down the module. The researchers claim the device may also be improved to produce liquid water, which could be used for the cleaning of the modules.

The device, which can be placed on the back of commercials PV panels, collects atmospheric water during the evening and at night. The collected water is then vaporized and released during the day using waste heat from the PV panel as energy source. The evaporation of the water in turn takes away a significant portion of heat from the panel itself and lower its temperature.

This new solution, according to the researchers, can be applied to both small-scale PV installations and big solar parks.

“Our results show that the AWH can provide an average cooling power of 295 W m–2 when the solar cell is exposed to 1-Sun illumination, leading to a decrease in temperature of >10°C and an increase in electricity generation of the solar cell of up to 15% relative to the solar cell without the AWH in laboratory conditions,” the research group stated.

Outdoor field tests were conducted in the summer and winter in Saudi Arabia and showed that the power yield of the modules was increased by between 19% and 13%. The harvester consists of a substrate made of carbon nanotube (CNT)-embedded cross-linked polyacrylamide (PAM) and a water vapor sorbent made of calcium chloride.

The system is described in the study Photovoltaic panel cooling by atmospheric water sorption–evaporation cycle, published in nature sustainability.