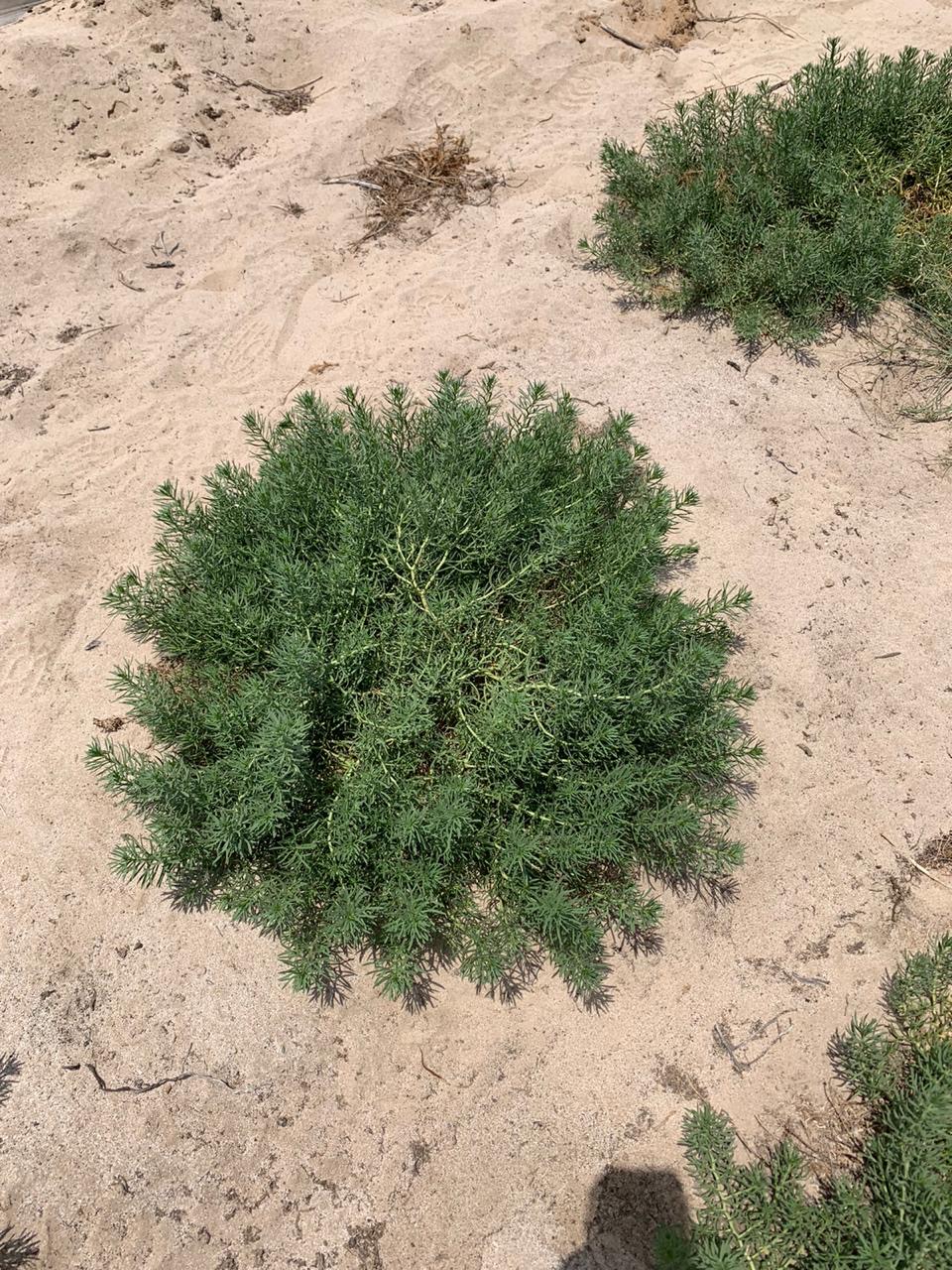 One of the ‘world’s most important’ species of wild medicinal plants has been discovered for the first time in the UAE.

The specimen of peganum harmala was discovered in the Houbara Reserve in the Al Dhafra region.

The harmala plant family grows wild in most countries across the Arab world and the Mediterranean, especially in rocky areas and in environments with abundant rainfall.

But according to the Environment Agency Abu Dhabi (EAD), which announced the discovery, the new specimen is different from the Rhazya stricta species found in eastern parts of the Emirates.

The newly-discovered specimen has been included in the important local plant conservation and propagation programmes run by EAD’s plant nursery in the Al Dhafra region’s Baynunah area, as per the directives of Sheikh Hamdan bin Zayed, EAD chairman and the Ruler’s Representative in Al Dhafra Region.

The plant is popular in Middle Eastern and North African folk medicine.

“The importance of this finding also lies in the fact that a whole new genus Peganum has been added to the UAE’s flora, and increases the importance of the plant diversity of the Emirates,” said EAD in a statement.

Peganum harmala is usually found in the desert across the Arab region, as well as dry areas of the sea basin as well as the Mediterranean and Eastern Caucasus.

Shaikha Salem Al Dhaheri, secretary general of EAD, said that Abu Dhabi plans to regularly monitor the areas of the new species, as well as collect, preserve and propagate it within the Agency’s plant nursery.

“The Agency plans to cooperate with specialised research centres and universities as it is one of the important wild medicinal plants that is internationally documented, and the species will also be added to the databases in Abu Dhabi and the UAE,” said the agency in a statement.

[/cmsms_video_wrap]
A rehabilitation programme, managed by EAD, was launched last July in Abu Dhabi to help preserve and regenerate some of the UAE’s most endangered plant species in Jebel Hafeet National Park.

More than 100 plants were restored along the 9km stretch of park, which sits at the base of the capital’s highest peak, including 30 Caralluma and 30 Arabian Moringa.

This article originally appeared on thenational.ae

Join the Beebus on an environmental journey