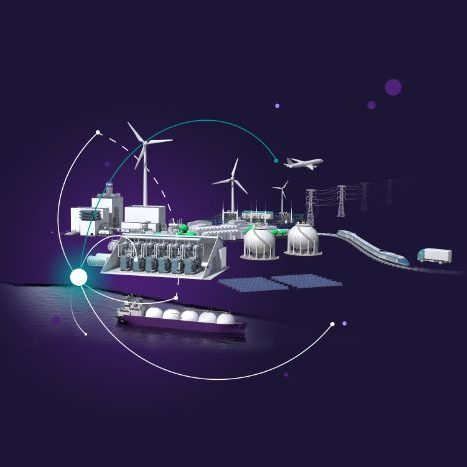 In an exclusive interview with Energy & Utilities, Manuel Kuehn, Head of New Energy for Middle East and Africa, Siemens Energy, discusses the reasons why green hydrogen can become the oil of the new era and be the game changer for the energy transition

The role of green hydrogen in the energy transition is quickly rising up the agenda, with governments and energy companies across the world starting to evaluate the potential advantages of developing the technology to reduce carbon emissions across utilities, transport and industrial sectors.

The role of green hydrogen in the Middle East’s energy transition was recently brought into sharp focus when it was announced that initial agreements had been signed to develop a $5bn green hydrogen ammonia production facility in the $500bn Neom development in Saudi Arabia. In the UAE, Germany’s Siemens is working with Dubai Electricity & Water Authority (Dewa) on the region’s first green hydrogen pilot scheme.

Energy & Utilities caught up with Manuel Kuehn, Head of New Energy for Middle East and Africa, Siemens Energy, to find out more about the opportunities and challenges in integrating green hydrogen into energy transition programmes across the region.

Missing piece of the puzzle

“With green hydrogen, we will be able to decarbonise sectors and applications in our lives that we cannot electrify easily by green electricity,” says Kuehn.

Kuehn says that the limitations of batteries in allowing electricity to be stored, for example on an airplane where lithium batteries would be too heavy, is why we are seeing a move towards the green production of hydrogen as a key component of the move towards decarbonisation.

“There are times when we cannot electrify a process – I need to use a fuel or hydrogen as part of a process – and the only way of reducing carbon emissions of these industrial applications is changing the way hydrogen is produced,” he explains.

“With green hydrogen we will be able to decarbonise the major part of whole industries, so it is the missing piece of the puzzle for the whole energy transition,” says Kuehn. “Just switching electricity generation from fossil fuels to solar, wind and hydro will not help us decarbonise our whole energy system – that is why there is so much focus on green hydrogen right now.”

While green hydrogen is increasingly becoming a prominent topic in the energy transition across the world, as with all new concepts, the costs are not yet low enough to roll out green hydrogen on a large scale.

“The technology was already available – alkaline electrolysers have been around for a while and we also have a new technology called proton exchange membranes (PEM), both of which are capable of producing green hydrogen. However, it production and application needs to be scaled up significantly,” says Kuehn.

“The technical feasibility is there, but commercially it will still take us a couple of years before we get there and I believe in the very near future we will see projects coming that are commercially viable – but right now it is about finding the right niches, where the application justifies a greater cost,” he explains.

“If you want to do it early and now – you have to have another reason than it just being commercially attractive, because it won’t be.”

Kuehn believes that while there are still some challenges, it won’t be too far into the future before the costs of producing green hydrogen become commercially viable.

“If you look at the projections, you can see by following a basic learning curve that we will get to the $2 dollar per kilogram (kg) of green hydrogen, even the $1/kg that is quoted sometimes.”

The international renewable energy agency (Irena) estimates that, in the best circumstances, the cost of green hydrogen is currently $3/kg. Grey hydrogen, which is produced using thermal hydrocarbons, is currently sold for as low as $1.50/kg.

With 2020 having brought the social and economic turmoil of Covid-19, which is still wreaking havoc on the global economy, the question of the impact of the coronavirus on the development of new green initiatives is a common one.

“In the short term, Covid-19 brings a lot of challenges on building and executing projects, for example moving people and material around, hence it also becomes more complicated to build a hydrogen plant.”

Kuehn says that in the long-term, the current crisis can help spur on the development of new cleaner technologies such as green hydrogen.

“If we do it right, then the situation can help the development of green hydrogen in the long-term.,” says Kuehn. “We are in a time where lots of people, organisations and governments are thinking about how to design the post-Covid-19 world – it has forced us all to look at the big picture.”

“In Europe, in particular in Germany, there is quite a lot of money made available to support building up  a hydrogen economy – and we have now the opportunity to define how we want to get out of this crisis, and green hydrogen will play a part in that.”

While much of the talk about green hydrogen has centred around its usage in transport, the use of renewable energy to produce hydrogen for industrial use in place of the grey hydrogen used today offers much promise in the long-term aim of reducing carbon emissions across the globe.

Kuehn says that a gradual implementation of green hydrogen through regulation is the most practical way to lay the foundations for future industrial usage on a large-scale.

“Theoretically we can replace large quantities of grey hydrogen with green hydrogen to decarbonise the whole industry. But if we did that today, costs would rocket and it would have a significant impact on the competitiveness of industries,” explains Kuehn.

Kuehn says that regulation can be the best way to introduce hydrogen into heavy industrial sectors.

“If you leave it [use of green hydrogen in industry] to market mechanics, it can work but this may take some time. Or it can be driven by regulation.”

“There is a renewable energy directive coming up in Europe – RED II – which sets out criteria for bioliquids and mixing certain biofuels into the energy mix,” says Kuehn. “And if you start mixing small percentages, 1 or 2 per cent, this doesn’t kill the economics of the established operations.”

According to Kuehn, blending in large-scale industrial applications can keep the cost manageable in the beginning and lead to the ramp up of green hydrogen in the future as the technology and system costs decline.

“The main idea behind using hydrogen in the utility sector is that you can store energy over a longer period of time, we call it seasonal storage,” says Kuehn. “We already are seeing batteries being used for this and will see hydrogen used this way when we have much more decarbonised energy systems and we have to work with peaks and troughs from renewables to meet energy demand.”

“However, I believe for the time being the more viable application for hydrogen as energy storage is to allow shifting green energy from one geographical location to another.”

According to Kuehn, green hydrogen will allow the supply of renewable energy produced in locations with abundant resources to areas where there isn’t space, solar radiation or wind to develop solar PV and wind power to meet growing energy requirements.

“Germany provides an example of this – there isn’t enough space in Germany to put enough PV solar or wind turbines for the country to serve its own demand, so there must be some kind of import of green energy,” Kuehn explains.

“What hydrogen can do is that it can decouple where hydrogen is produced and where it is used – and that makes hydrogen the oil of the new era – because that is exactly what we do with hydrocarbons today, we bring it from one area of the world to another.”

While the potential for green hydrogen is increasingly rising up the agenda for governments and energy companies across the world, proponents of the technology still face technical and regulatory challenges before it can be used on a large-scale.

“On the side of electrolyser technology, it is about building up larger scale applications to ramp up manufacturing – scaling up on the electrolyser side is one big challenge,” says Kuehn.

“Another significant challenge is how to secure the offtake,” he adds. “If someone takes the leap of faith and announces a really large project, such as Neom has done in Saudi Arabia, they need to make sure it is bankable. And for this you need secure offtakes – who do you sell it to, for which price and for how long?”

Kuehn believes that a further technological challenge is changing the systems and ways that industries currently operate so that the benefits of green hydrogen can be reaped.

“What we haven’t done yet, is put the pieces together and start optimising the whole chain.  I believe there is a lot of work to be done in the field of understanding and synchronising the different pieces,” Kuehn says.

“For example, solar and wind power are highly fluctuating power sources,” explains Kuehn. “And while the technology, through electrolysers, is able to handle such fluctuation, commercially it is still a challenge. Downstream sector applications such as methanol or ammonia production don’t like fluctuating input so we need to find a way to manage and optimise availability and performance across the whole value chain.”

Kuehn is keen to stress that working on the technology will only get you so far.

“It is about changing the system and building know-how – we will have to look into hydrogen safety in completely new areas, that means to train workforces to have competence in building and maintaining these systems safely. Let’s look into capability building first, because we need people to do that and that shouldn’t be forgotten.”

This article originally appeared on energy-utilities.com

How regional economies should rebuild a post-Covid world