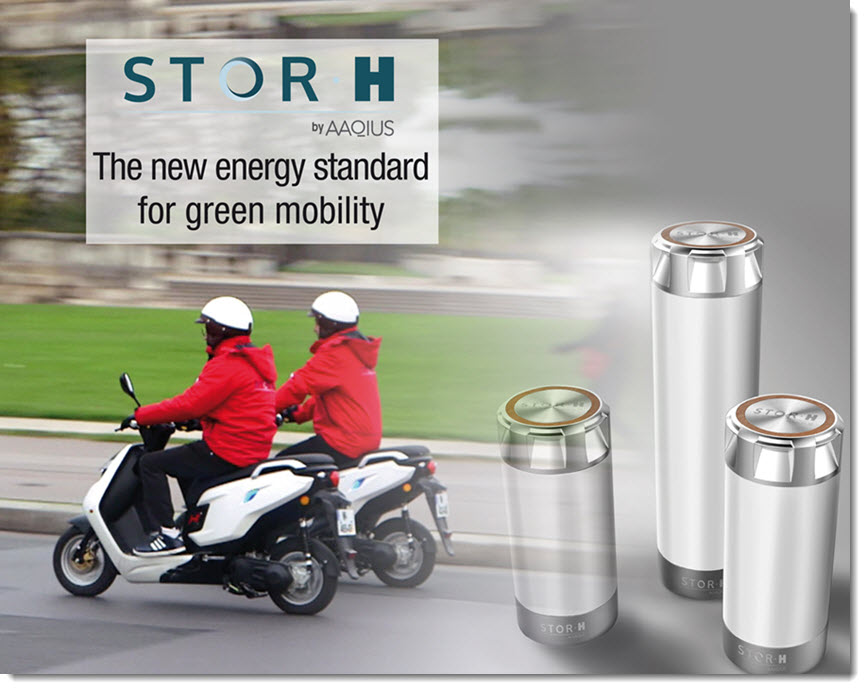 Several hundred hydrogen scooters will circulate in Marrakech in the next few days.

After having concluded a memorandum of understanding with the city hall of Marrakech and the regional council, the Franco-Swiss company Aaqius has developed a small storage solution, a kind of metal can called STOR-H. Two STOR-H cans the size of those of soda could offer a range of 100 km to an electric scooter. All it takes is a hydrogen recharge which turns into electricity. The energy used for the production of hydrogen will be produced locally from solar power plants, thanks to the generous sunshine in the country.

This technology will solve the problems posed by storage (cost, dangerousness) because until now it was necessary to liquefy hydrogen at minus 253 degrees or compress it to at least 200 bar minimum to reduce the volume, says Innon24news .

Likewise, this innovation will improve air quality, where 120,000 four-wheeled vehicles and 170,000 two-wheeled vehicles currently circulate. Marrakech is ranked second most polluted city in Morocco. Last year, it recorded a rate of microparticles in the air of 58 micrograms per cubic meter. However, the maximum threshold is set at 20 micrograms by the WHO standard.