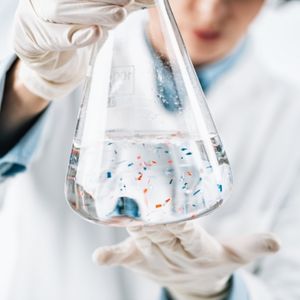 Microplastics have been found by scientists in human blood for the first time, according to a new study published in the journal Environment International. Based on an analysis of 22 healthy donors, 80 per cent or 17 of them has the tiny particles detected on their blood samples.

The study showed that half of the detected microplastics came from PET plastic commonly used in drinking bottles, a third from polysterene usually used in food containers, and a third from polyethylene often used in making single-use plastic bags.

Professor Dick Vethaak, an ecotoxicologist at the Vrije Universiteit Amsterdam, who is one of the proponents of the study, told The Guardian that there is a reason to be concerned as the particles are there which can travel throughout the body and could possibly lodge in organs.

In a separate review paper, Vethaak examined the cancer risks of microplastics. “More detailed research on how micro- and nano-plastics affect the structures and processes of the human body, and whether and how they can transform cells and induce carcinogenesis, is urgently needed, particularly in light of the exponential increase in plastic production. The problem is becoming more urgent with each day,” he told the newspaper.

While impact on health is yet unknown, researchers noted that microplastics are already found to be damaging to human cells as studied in the laboratory, while air pollution particles that enter the body are a cause of millions of early deaths a year.

With the huge amount of plastic waste are contaminating the soil, oceans, previous studies have established that these microplastics have found their way to be ingested by humans and animals alike through the food and water intake as well as the air we breathe.

Evidence of these tiny particles was also reported previously to be present in the faeces of babies and adults. They have also been found in the placentas of pregnant women. Based on other research of pregnant rats, these plastics are also passed on to the lungs, hearts, and brains of their foetuses.

A growing number of studies are exploring the impact of microplastics in body functioning and one study has discovered that microplastics can latch on to the outer membranes of red blood cells.

Thousands of labourers set for visit to dentist

Self vs Society: the growing need for the establishment of a truly global Circular Economy