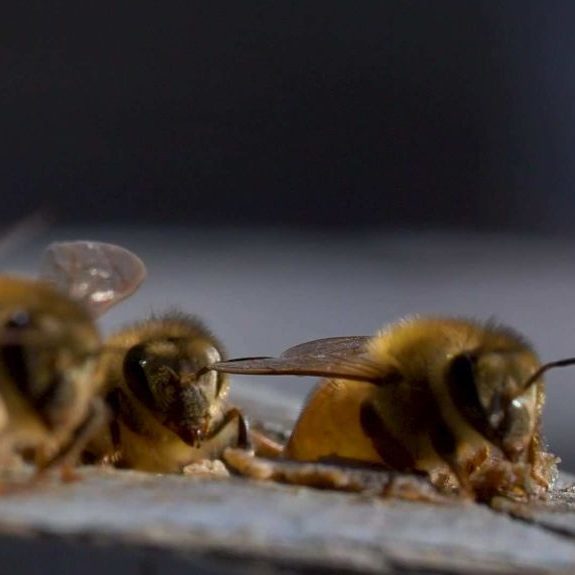 Venom from honeybees has been found to rapidly kill aggressive and hard-to-treat breast cancer cells, according to potentially groundbreaking new Australian research.

The study also found when the venom’s main component was combined with existing chemotherapy drugs, it was extremely efficient at reducing tumour growth in mice.

Published in the journal Nature Precision Oncology, the research was conducted at Perth’s Harry Perkins Institute of Medical Research by Dr Ciara Duffy as part of her PhD.

Dr Duffy hopes the discovery could lead to the development of a treatment for triple-negative breast cancer, which accounts for 10 to 15 per cent of all breast cancers and for which there are currently no clinically effective targeted therapies.

She said the honeybee venom had proven extremely potent.

“We found that the venom from honeybees is remarkably effective in killing some of these really aggressive breast cancer cells at concentrations which aren’t as damaging to normal cells,” Dr Duffy said.

The research showed a specific concentration of the venom killed 100 per cent of triple-negative breast cancer and HER2-enriched breast cancer cells within 60 minutes, while having minimal effects on normal cells.

Dr Duffy harvested venom from honeybee hives at the University of Western Australia, as well as in Ireland and England.

“Perth bees are some of the healthiest in the world,” she said.

The bees were put to sleep with carbon dioxide and kept on ice before the venom was extracted and injected into the tumours.

She said a component of the venom called melittin had the killing effect.

The researchers reproduced the melittin synthetically and found it mirrored the majority of the anti-cancer effects of the honeybee venom.

“What melittin does is it actually enters the surface, or the plasma membrane, and forms holes or pores and it just causes the cell to die,” Dr Duffy said.

The researchers also discovered within 20 minutes the melittin had another powerful effect.

“We found it was interfering with the main messaging or cancer-signalling pathways that are fundamental for the growth and replication of cancer cells,” she said.

It effectively shut down the signalling pathways for the reproduction of triple-negative and HER2 cancer cells. 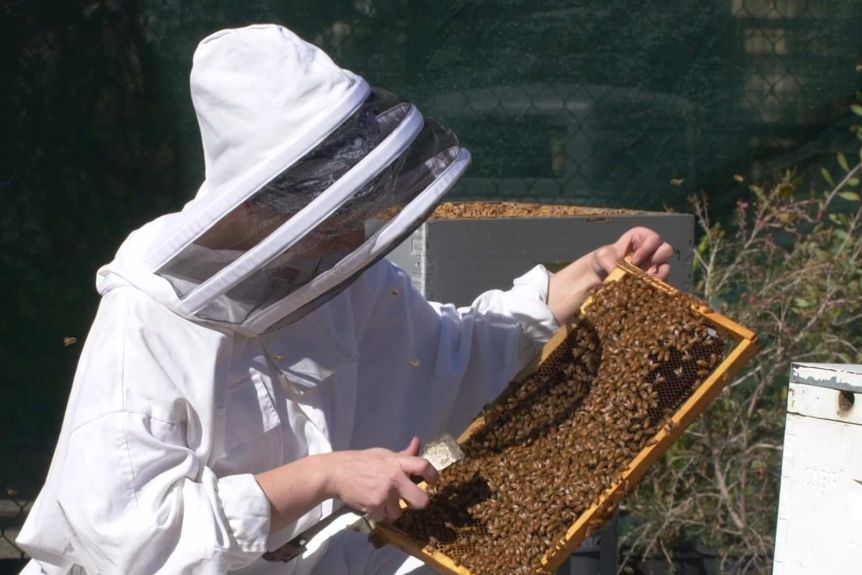 Dr Duffy also examined the effect of melittin used in combination with existing chemotherapy drugs such as docetaxel.

She found the holes in breast cancer membranes caused by the melittin allowed the chemotherapy to enter the cell and worked extremely efficiently in reducing tumour growth in mice.

Western Australia’s Chief Scientist, Professor Peter Klinken, said it was a significant development, which provided another example of where compounds in nature could be used to treat human diseases.

“I think it’s incredibly exciting that they’ve made this observation that the molecule melittin can actually affect the cancer cells, but that it can work in combination with other drugs which come from natural products as well, and in combination they’re really knocking these cancer cells on the head,” Professor Klinken said.

Dr Duffy did not want to use words like breakthrough or cure, stressing this is just the beginning, and much more research needs to be done.

“There’s a long way to go in terms of how we would deliver it in the body and, you know, looking at toxicities and maximum tolerated doses before it ever went further,” she said.

This article originally appeared on abc.net.au

5-Year-Anniversary of the Sustainable Development Goals