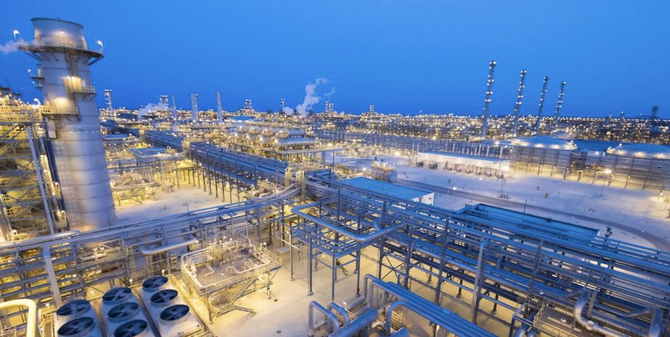 The carbon footprint of exploration and production companies (E&Ps) is having an increasing impact on investment levels, access to capital and – in some regions – the social license to operate. Rystad Energy has conducted a comprehensive company-level analysis of the world’s upstream industry, identifying the top carbon-intensity performers in each of the offshore, onshore and shale segments.

Rystad Energy has analyzed the upstream CO2 footprint from sources that are owned or controlled by each of the operators that have published emission reporting for 2019. Their global CO2 intensity average is calculated at about 17 kg per barrel of oil equivalent (boe), but the estimate for all operators (including those that do not report) is 18-19 kg/boe. The total span ranges from less than 5 kg per boe to well above 100 kg per boe, but the vast majority of operators fall in the 10-40 kg per boe range.

At field level, the variations are even higher, and the global transaction market has been rife with mature (typically high carbon intensity) assets. To create a meaningful best-in-class list we have excluded smaller, single-asset operators and only rate the ones with more than 150,000 boe per day (boepd) in gross operated production. 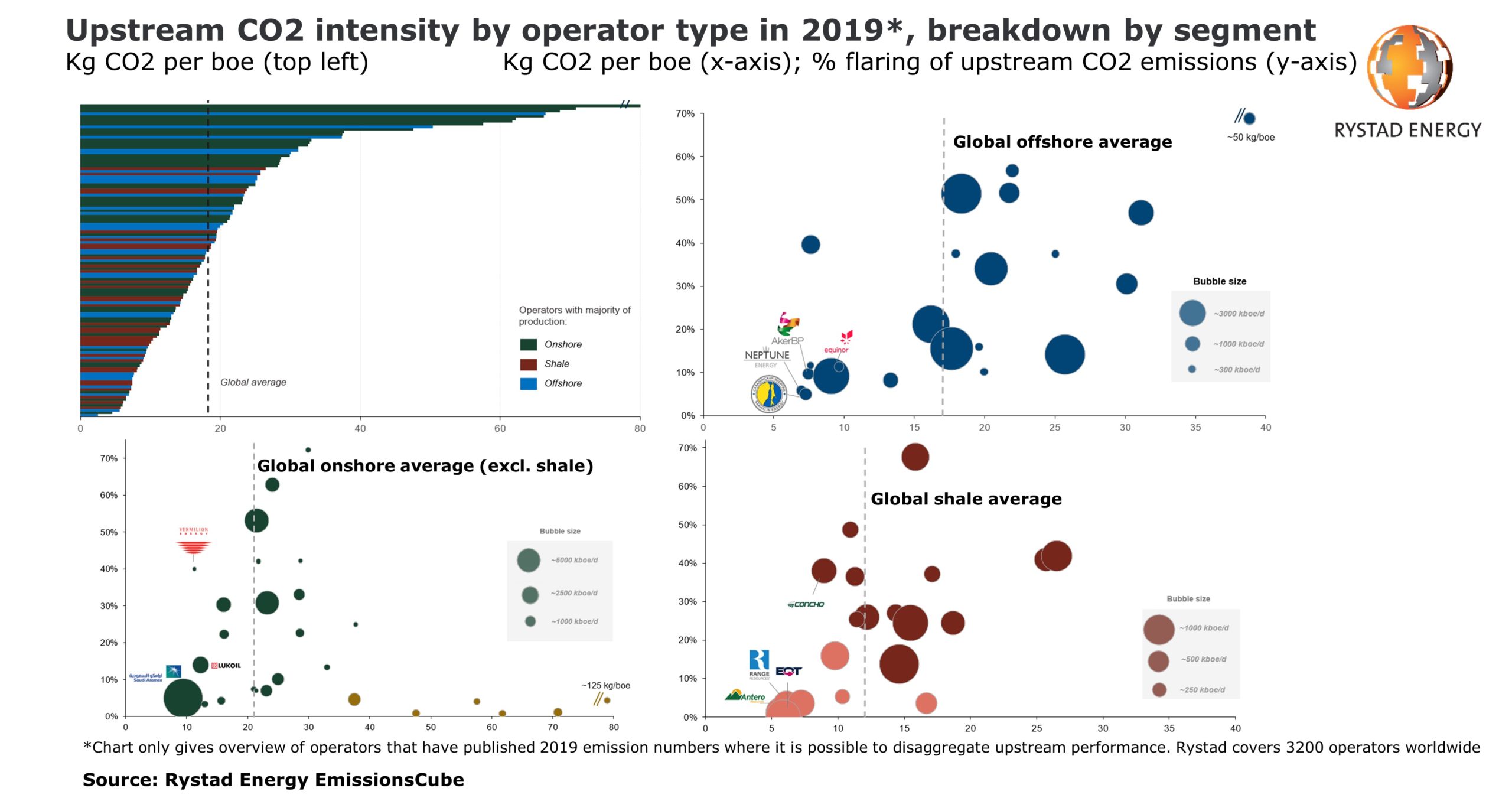 Onshore producers have a higher carbon intensity on average, while offshore producers are scattered, some performing in the low-emitter category, others in the highest. Shale producers dominate the cleaner end of our list, while their oil sands peers have by far the heaviest CO2 footprint.

In the offshore segment, which has an average intensity of approximately 17 kg per boe, the top three performers in terms of CO2 intensity in 2019 were Neptune Energy (1st), Sakhalin Energy (2nd) and Aker BP, with the three companies having a score close to 7 kg per boe.

Neptune has electrified its Gjoa platform off Norway and has an overall gas-heavy portfolio, setting the company well on track to reaching its target of 6 kg of CO2 per boe in 2030. On the podium is also Norway-based Aker BP, which has low-emission solutions such as electrification as a key focus. The company’s Valhall and Ivar Aasen fields are prime examples, obtaining the necessary operating power with close to zero emissions.

Sakhalin Energy, a Russian consortium consisting of Gazprom, Shell, Mitsui and Mitsubishi, produces oil and gas (roughly one-third liquids) from a challenging subarctic environment off the northeastern coast of Sakhalin Island. Sakhalin Energy has had a strong focus on emissions-reducing initiatives, including measures to cut equipment downtime and shorten shutdowns, which has led to a dramatic decrease in flared gas. Output from the underlying fields is also close to peak production, which enables the operator to be among the best in class offshore.

For offshore operators with production above 1 million boe per day, Equinor is the frontrunner, boasting an average intensity of about 9 kg per boe for all production. Equinor’s ambition is to reduce the operated intensity to below 8 kg per boe by 2025.

The shale industry’s CO2 emission intensity is calculated at around 12 kg per boe. Shale gas players (marked in light red) consistently score lower on both flaring and overall emissions than shale oil players, and the three lowest are Antero Resources, EQT Corporation and Range Resources – each with a production intensity of around 6 kg per boe, with Antero being the top performer. Among the shale oil players, Concho Resources has the lowest intensity at approximately 9 kg per boe produced.

The oil sands segment has a more energy-intensive extraction process, and as long as this process is fueled by fossil fuels without CCS, the companies in this segment will be on the higher end of the spectrum. Average CO2 intensity for oil sands is calculated at a staggering 73 kg per boe. There are also differences between in-situ and mining in terms of emissions, and an effect of maturity seen, but more in terms of differences in the technologies applied.

Conventional onshore producers have an average CO2 intensity of 19 kg per boe. Saudi Aramco, Lukoil and Vermilion Energy all performed well in terms of CO2 intensity in 2019 and are the three top performers on our list. Saudi Aramco benefits from hosting large field developments with stable production and low amounts of associated gas, which helped it lead the category with emission intensity at just about 9 kg per boe. Vermilion followed with about 11 kg per boe and Lukoil with 12 kg per boe.

“The environmental “E” in ESG is seen as a leading indicator for the robustness of E&P companies in the face of the energy transition. Investors will increasingly be looking at their targets’ carbon footprint before making any business decisions, and the best-in-class companies will be prime investment targets,” says Jon Erik Remme, product manager for Emissions Solution at Rystad Energy.

Individuals and companies with an interest in the oil and gas industry are continuously being challenged on carbon topics, and as E&P performance varies significantly between different companies and individual fields, the risk imposed can be very inhomogeneous. To help navigate these risks and adjacent opportunities, Rystad Energy offers a CO2 dashboard for all E&P operators and companies globally, along with tailored advisory services.

For more analysis, insights and reports, clients and non-clients can apply for access to Rystad Energy’s Free Solutions and get a taste of our data and analytics universe.

This article originally appeared on rystadenergy.com

Ghaf tree at the heart of UAE biodiversity