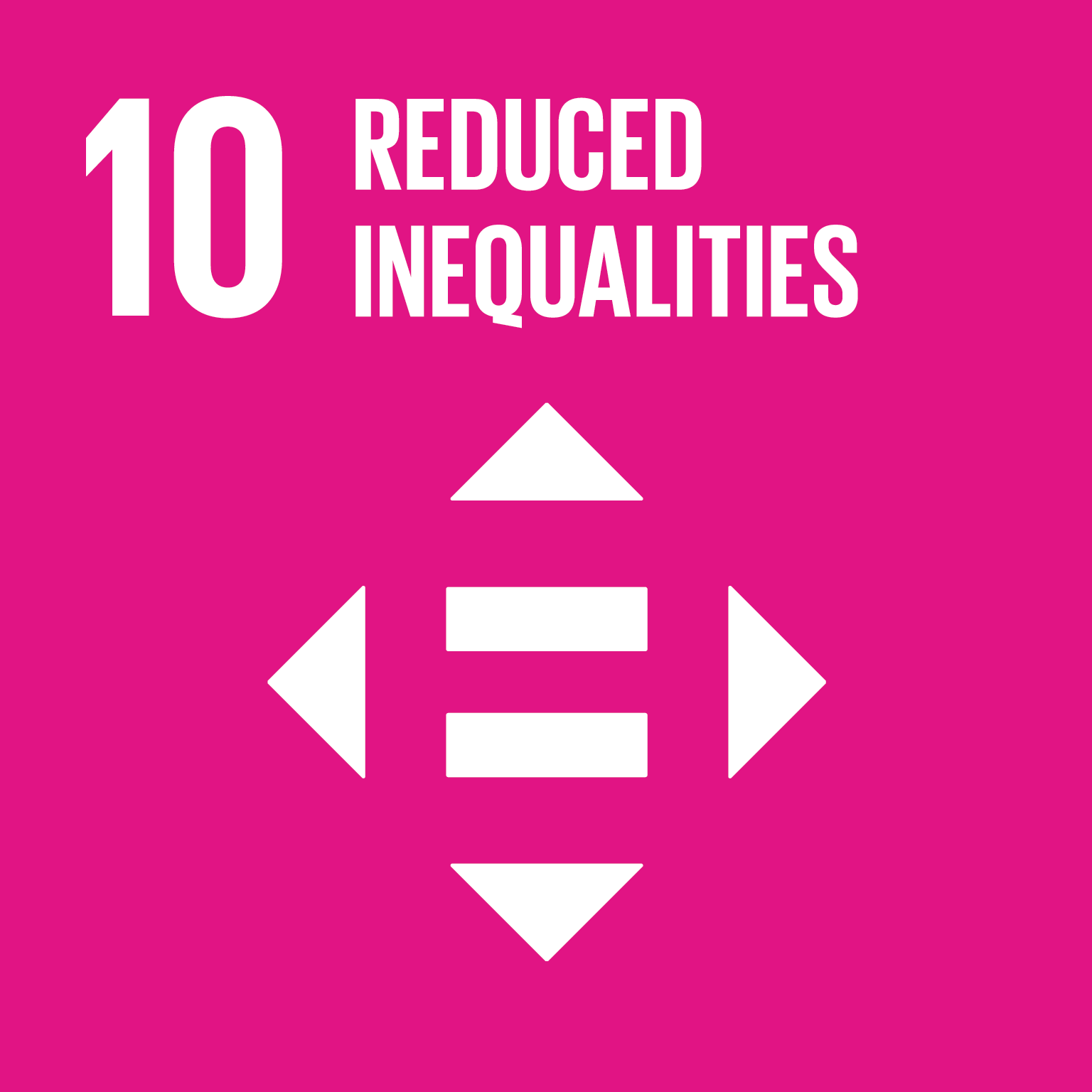 Economic and social inclusion within and among countries

Inequalities based on economic status, ethnicity, race, religious believes, or geographical location as well as parameters like gender, age, disability, or sexual orientation continue to persist across the world. Inequality threatens long-term social and economic development, impairs progress in poverty reduction and destroys individuals’ sense of self-worth. This, in turn, can lead to negative developments such as crime, disease and environmental degradation. As a universal rule, the human rights of all people must be protected and respected. SDG 10 is about ensuring no one is left behind at achieving the Sustainable Development Goals.

Forms of inequality and discrimination

In today’s interconnected world, challenges brought about by global inequality affect us all and no country on the planet is free from problems such as racism, religious intolerance, or income disparities. Political, economic, and social policies need to be universal and pay particular attention to the needs of disadvantaged and marginalized communities.

Inequality presents itself in various ways: Women and children with limited access to healthcare are more likely to die from preventable diseases or during childbirth. Elderly, migrants, and refugees suffer from lack of opportunities and discrimination for example in the labour market – an issue that affects every country in the world. Social protection has been significantly extended globally, yet persons with disabilities are up to five times more likely than average to be faces with devastating health expenditures.

Evidence from developing countries suggests that children belonging to the poorest 20% of the populations are still up to three times more likely to die before their fifth birthday than children in the richest quintiles. Likewise, despite overall declines in maternal mortality in most developing countries, the death rate of women during childbirth remains up to three times higher for women in rural areas compared to those living in urban centres.

In 2016, over 64.4% of products exported by the least developed countries to world markets faced zero tariffs, an increase of 20% since 2010 and an important step to reduce inequalities between the global North and South.

Despite some positive signs, however, inequality is growing for more than 70% of the global population, intensifying the risks of divisions and slowing down economic and social development. Two in ten people reported being discriminated against on at least one ground of discrimination according to international human rights law. This number rises to three in every ten among those with disabilities, with higher levels still among women with disabilities (including discrimination based on religion, ethnicity, and gender) pointing to the problem of multiple and intersecting forms of discrimination.

Overall income equality is on the rise: In 2016, 22% of global income was received by the richest 1% of the population compared with 10% of income for the poorest 50%, while in 1980 the top one percent had 16% and the bottom 50% had 8% of global income. Under “business as usual”, the global wealth share of the top 1% will reach 39% by 2050. Income inequality has increased nearly everywhere in recent decades but at different speeds. The gaps are smallest in Europe and largest in the Middle East. The distribution of population growth in developing countries considered, income inequality is increasing especially in poor segments of society according to the UN Development Programme.

It is our duty as a global community to ensure that people living in poverty get support and access to economic growth through education and decent work opportunities, that equal opportunities and rights apply to all people in all countries and that laws and practices do not discriminate against anybody, that disadvantaged and vulnerable groups are protected and represented in public life, and that refugees and migrants benefit from laws to protect them.

Covid-19 has deepened existing inequalities. On the economic level, the pandemic has significantly increased global unemployment and drastically slashed workers’ incomes, hitting those with low-paid, unstable, or informal jobs the hardest. On the social level, the crisis endangers the limited progress that has been made on gender equality and women empowerment over the past few decades. Furthermore, inequalities are deepening for groups in countries with weak health care systems and those facing existing humanitarian crises. The most vulnerable groups – the elderly, persons with disabilities, children, women, as well as migrants and refugees – are being hit the hardest by the pandemic and those same groups are often experiencing additional discrimination.

Reducing inequality requires transformative change. Increased efforts are required to eradicate extreme poverty and hunger, while investments in health, education, social protection, and decent jobs need to include – and in some cases be specifically targeted at – youth, migrants, refugees, and other vulnerable communities. Within countries, it is important to empower and promote inclusive social and economic growth. The elimination of discriminatory laws, policies, and practices is fundamental to ensure equal opportunity and reduce income inequalities. Among countries, there is a need for better representation of developing countries in decision-making on global issues to increase the effectiveness and accountability of solutions. For the millions of internally and internationally displaced people fleeing from war, discrimination, poverty, or other causes for migration, governments and other stakeholders need to come up with planned and well-managed policies to facilitate responsible migration. 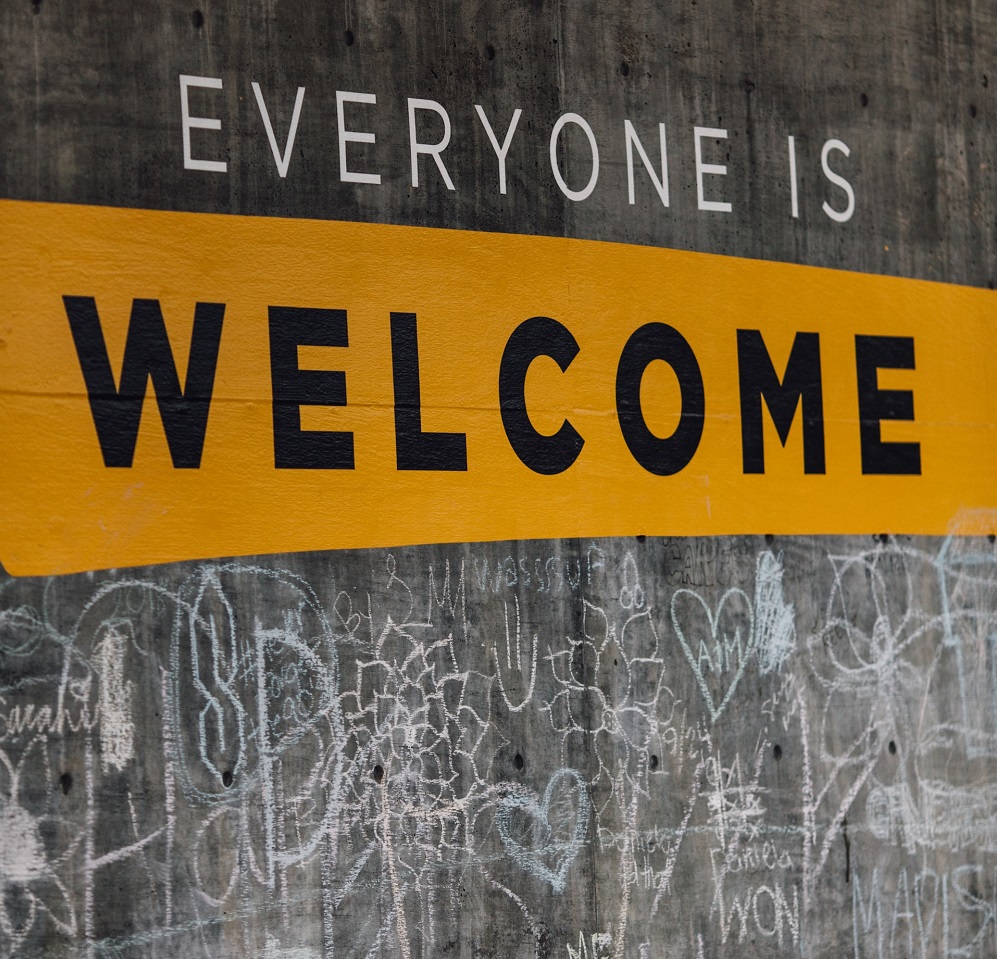 Progress on reducing inequalities in the UAE

The UAE government is committed to addressing social and economic disparities both within the country and globally through its aid and humanitarian assistance programs. Within the country, the efforts of the Ministry of Community Development are aimed at ensuring income adequacy to ensure a decent life for each citizen. Tolerance, inclusion, and peaceful coexistence of different nationalities, cultures, and religions are instilled as fundamental values of society by government policies and initiatives.

Social integration and empowerment policies are targeted towards specific groups recognized as particularly vulnerable within the UAE society, which are people with disabilities, the elderly, and women.

The national policy aims at building an inclusive society that is free from barriers and obstacles for ‘people of determination’, An advisory council has been established for the implementation of the policy which covers health, education, vocational training, employment, social protection, culture, sports, and accessibility. It works on the integration of ‘people of determination’ into all dimensions of society, most prominently work, education and social aspects of everyday life.

Elderly people represent around 4% of the total population and are provided with comprehensive social welfare. Within the scope of its social development strategy, the Ministry of Community Development aims to empower older people by giving them an active role in society and providing them with opportunities for learning and employment. In addition to providing social, health and psychological care, the Ministry is continuously improving services and preventive programs to protect the elderly population from abuse and exploitation.

The National Strategy for Empowerment of Emirati Women 2015-2021 is aimed at enabling women to play a major role all aspects of social and economic life. The strategy seeks to empower women across different age demographics and social and economic classes. It focuses on implementing best practices to integrate the concept of gender in workplaces to ensure equal opportunities for women and men without discrimination. 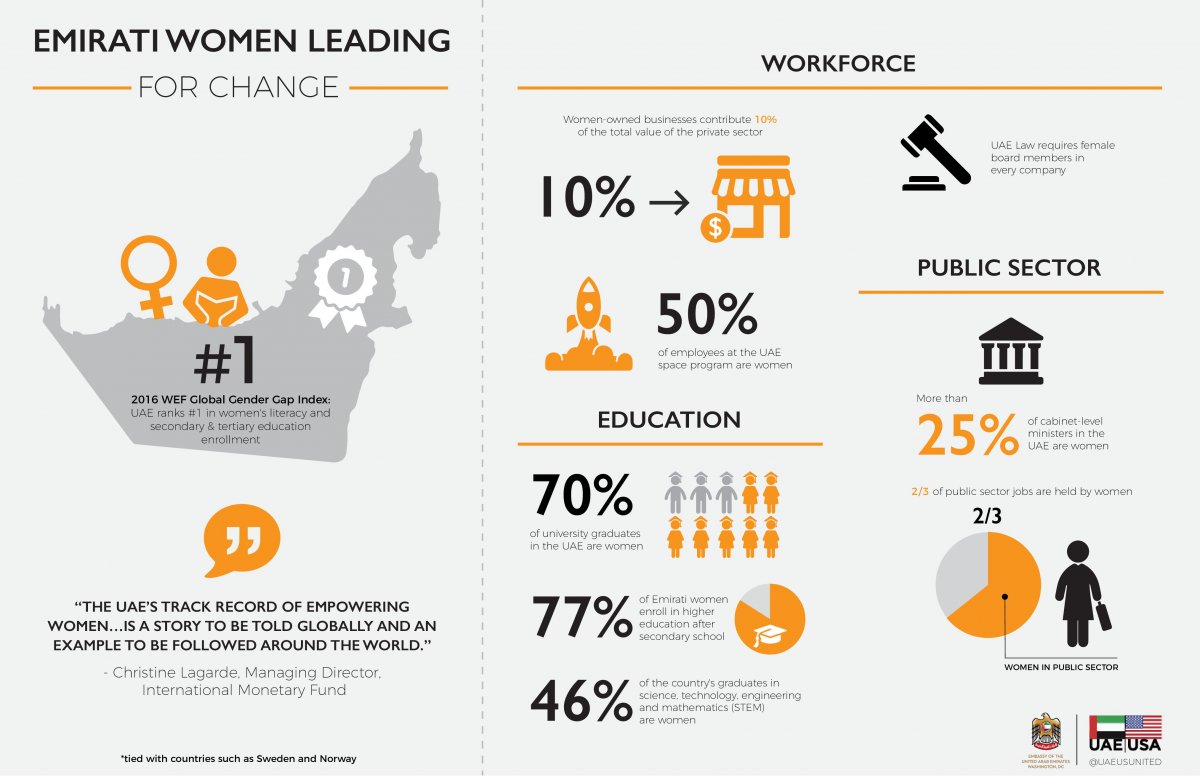 Businesses are engines for economic growth with their potential to create jobs, foster economic activity, and contribute tax revenues for public services and infrastructure. However, they can also aggravate inequality, for instance by maintaining biases and discrimination. All businesses have the responsibility to respect human rights. This includes adopting and implementing policies on their own worker’s rights but also paying attention to supply chains and recruitment agencies. Thus, in addition to addressing their own impacts, businesses should use their leverage to address negative impacts they may have through third parties such as suppliers. Furthermore, their leverage can be used to foster changes in policies and practices. Whether through public policy dialogue or tax revenue, companies are increasingly recognized as having a significant impact on human rights through the governments, which may worsen or improve outcomes related to disparities.

Apart from avoiding to contribute to inequality, companies can have significant positive impact through inclusive business models that provide empowerment for marginalized groups in the workplace, marketplace and community. Key themes relevant to SDG 10 and frequently addressed by business actions and solutions include the following:

How regional economies should rebuild a post-Covid world