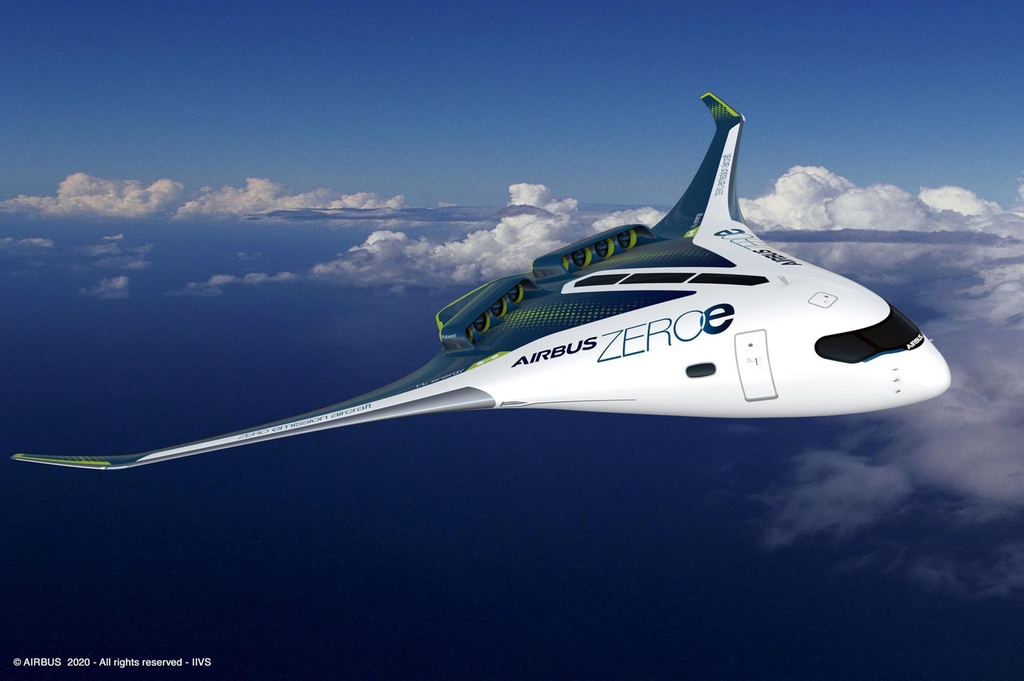 Airbus, the world’s biggest planemaker, revealed three designs it is considering to build a hydrogen-powered aircraft as it seeks to bring the world’s first emissions-free passenger plane into service by 2035.

“I strongly believe that the use of hydrogen – both in synthetic fuels and as a primary power source for commercial aircraft – has the potential to significantly reduce aviation’s climate impact,” Guillaume Faury, chief executive of Airbus said in a statement on Monday.

The concepts include a turbofan jet with a capacity of 120 to 200 passengers – similar to the Airbus A321 Neo narrow-body plane – that can fly 2,000 nautical miles. Powered by a modified gas turbine engine running on hydrogen, it would be capable of transcontinental flights. The liquid hydrogen will be stored and distributed via tanks located behind the rear pressure bulkhead. 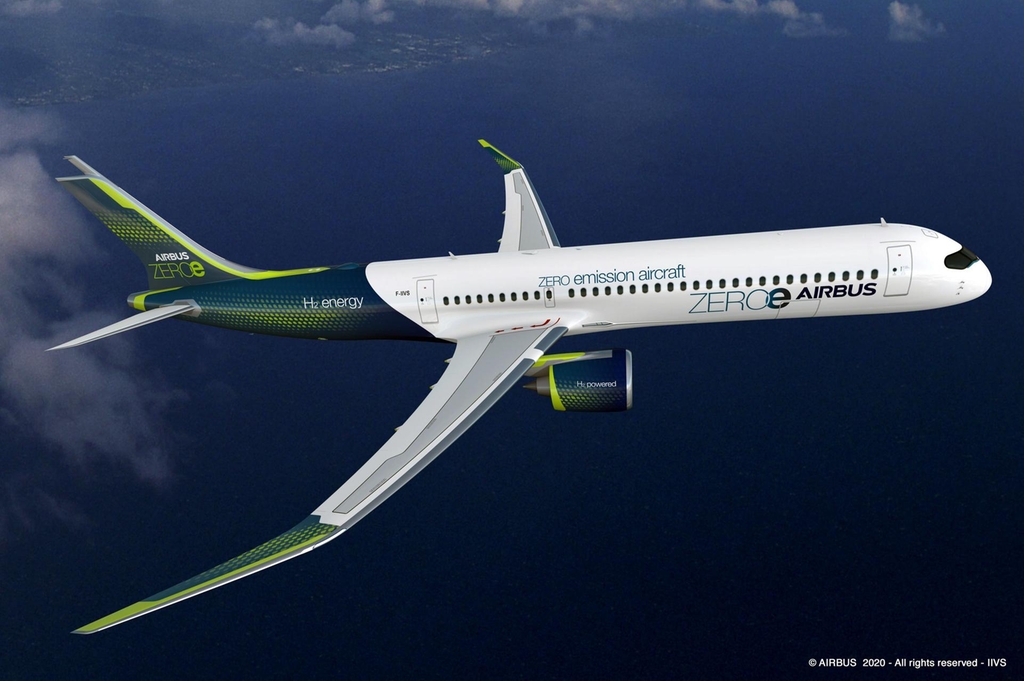 The turboprop design, with a capacity of up to 100 passengers, will use a turboprop engine instead of a turbofan and will also be powered by hydrogen combustion in modified gas-turbine engines. The aircraft, with a range of more than 1,000 nautical miles, would be best suited for short-haul trips.

The Toulouse-based manufacturer also showcased a flying-wing concept, a curvaceous design that blends wing and body, which could seat up to 200 passengers. The “blended-wing body” design, in which the wings merge with the main body of the aircraft, has a similar range to the turbofan design. The exceptionally wide fuselage opens up “multiple options for hydrogen storage and distribution, and for cabin layout”, Airbus said.

The three concepts – all codenamed “ZEROe” – explore various technology and aerodynamic configurations to back the company’s ambitions for the decarbonisation of the entire aviation industry.

Hydrogen is increasingly becoming a focus area for Airbus as it mulls technologies for zero-emissions flight. The aviation industry is under increasing pressure to adopt environmentally friendly technology, particularly following the trend of “flight-shaming” that erupted in Europe last year.

“These concepts will help us explore and mature the design and layout of the world’s first climate-neutral, zero-emission commercial aircraft, which we aim to put into service by 2035,” Mr. Faury said. “The transition to hydrogen, as the primary power source for these concept planes, will require decisive action from the entire aviation ecosystem.”

The success of these planes would require infrastructure at airports for hydrogen transport and refueling facilities to meet the demands of daily operations, Airbus said. It would also need support from governments for increased funding of research and technology, digitalisation, and mechanisms that encourage the use of sustainable fuels. Incentives are also needed for airlines to retire older, less environmentally-friendly aircraft earlier than scheduled.

“Together with the support from government and industrial partners we can rise up to this challenge to scale-up renewable energy and hydrogen for the sustainable future of the aviation industry,” Mr. Faury said.

Airbus plans to launch several hydrogen demonstrator programmes over the next few months, Bloomberg reported. The planemaker expects it will take another two years to choose suppliers and manufacturing sites before the programme is scheduled for around 2028, and the aircraft comes into service in 2035.

This article originally appeared on thenational.ae

Local, sustainable food produce demand is growing in the UAE

BestBy, the start-up dedicated to reducing food waste in the UAE