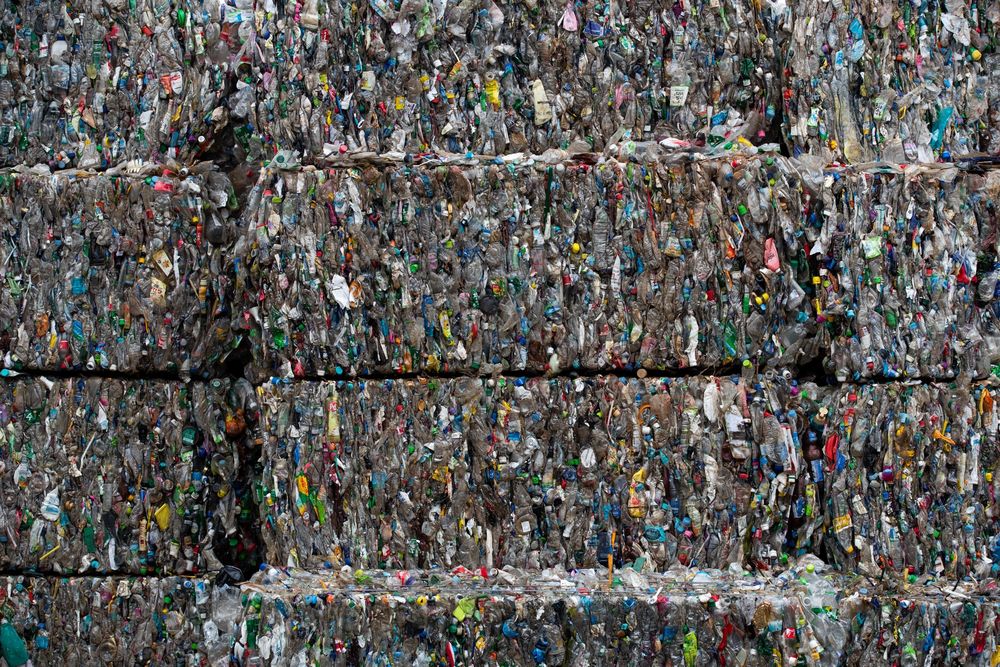 A new report casts serious doubt on whether the material can ever be reused economically. It doesn’t account for innovation.

Is plastic recycling a lie? That’s the question at the heart of a new investigation into whether Americans have been filling up their blue bins with misplaced hope.

The evidence on the side of recycling doesn’t look good. As far back as 1974, industry insiders were doubting whether plastics could ever be recycled economically. More recently, China’s decision to severely restrict its import of recyclables has left much of the world looking for new places to send used plastics — and falling short. Most damaging of all, waste plastics aren’t valuable, and “never have been,” according to authors of the investigation (a joint undertaking by National Public Radio and PBS’s “Frontline”).

It’s a disturbing story that’s roiling the industry and upsetting environmentalists. But Americans shouldn’t turn their backs on plastic recycling just yet. The production and use of plastics in emerging markets is growing rapidly, and there’s no reason to think that demand will weaken. Without a recycling solution, those tonnages are bound to landfills and incinerators. Fortunately, the global recycling industry has a history of transforming what was previously “unrecyclable” into useful products. It’s poised to do so again.

Recycling is as old as manufacturing. Garments have long been repurposed into rags; swords have been remelted into plough shares. The Industrial Revolution, which created new demand for raw materials to feed factories, transformed this act of personal thrift into a commercial enterprise. In early 19th-century Yorkshire, a shortage of wool for the mills led Benjamin Law to develop a process for producing new fabric from old rags that had accumulated in homes and businesses. By 1855, 30 million pounds of rags were being used in the region each year.

But perhaps the industry’s most important innovation emerged in reaction to one of the 20th century’s biggest — and now forgotten — environmental crises: abandoned cars. In 1970, an engineer at General Motors estimated that over the previous 15 years Americans had abandoned between 9 million and 40 million cars in fields, rivers, and city streets. Among other problems, the cars leaked oil and gas into soil and water and were such a blot on the landscape that they inspired Lady Bird Johnson’s highway beautification campaign. In 1970, President Richard Nixon told Congress that “few of America’s eyesores are so unsightly as its millions of junked automobiles.”

The problem was that cars are a pile of various metals and other materials that are expensive to separate for recycling, and the auto companies had made almost no effort to promote the reuse of their products (in the 1930s, Ford built, and quickly abandoned a disassembly plant). So owners took matters into their own hands, dumping their vehicles or occasionally burning them (in the 1950s, auto fires accounted for about 5% of ambient air pollution).

Fortunately, a few scrappy entrepreneurs in Texas, seeing an opportunity in all that abandoned metal, sought an alternative. Their solution was a complex shredding machine that reduced cars to fist-sized chunks that were separated via magnets and other processes (the second-ever shredder has been declared a National Historic Mechanical Engineering Landmark). Today, there are hundreds of auto shredders in the U.S., and nobody spends much time thinking about abandoned cars.

In many respects, plastics present a similar problem. Manufacturers developed them without any plan for disposal or recycling. Worse, different plastics are often used together, and separating them can be uneconomical. Plastics aren’t impossible to recycle — a decade ago, China was home to tens of thousands of small, profitable businesses doing just that — but recycling them in a safe and environmentally sound manner is challenging and expensive.

Five years ago, Chinese demand for American plastics allowed consumers and regulators to overlook these problems. But thanks to China’s restrictions, as well as the heightened awareness of ocean plastics and other negatives associated with the material, manufacturers, regulators, and — most important — innovators are finally paying attention. According to one recent analysis, reuse and recycling could be a $60 billion market for the petrochemicals and plastics sector, representing almost two-thirds of its profits growth by 2030.

As a result of all of these factors, the most intensive research-and-development effort in the 200-year history of the recycling industry is underway. Some of this investment comes from the U.S. government, including from a research fund established by the Trump administration. But several intensive commercial efforts are also underway, including the development of plastics engineered to be recycled repeatedly, and enzymes that help to separate different plastics more easily. Chevron Phillips Chemical is backing an effort to scale up existing recycling technologies. Perhaps most crucially, other organizations are helping to provide waste collecting and recycling infrastructure to the one-third of the globe that still lacks it.

Some of these efforts won’t get beyond the research stage. Some may turn out to be too expensive to deploy. And some may take years to have an impact. But the world won’t stop producing and consuming plastic any time soon; total waste volumes are expected to nearly double by 2030. Recycling will be essential to managing all that trash — and that’s no lie.