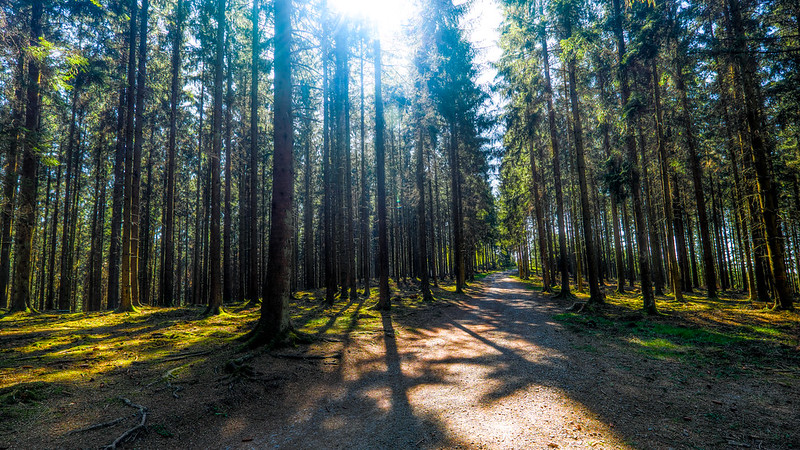 Carbon neutrality targets are often not as ambitious as they sound, relying on problematic carbon offsets and unproven technologies

In many cases, offsetting relies on capturing carbon in vegetation and soils. Such capacity is however limited and is needed to store carbon dioxide that we have already emitted.

The impacts of the climate crisis are becoming increasingly severe, everywhere. We are experiencing heat waves, floods, droughts, forest fires and sea level rise as a result of global heating. The average global temperature is rising at an unprecedented rate, rapidly diminishing the prospect of keeping global warming below 1.5C and with increasing risks of crossing irreversible tipping points.

In the face of growing demands for action, many countries and companies are making promises and setting targets to reach “net zero” emissions or “carbon neutrality”. These often sound ambitious and may even give the impression that the world is awakening and ready to take on the climate crisis.

In practice, however, net zero targets several decades into the future shift our focus away from the immediate and unprecedented emissions reductions needed. Net zero targets are generally premised on the assumption that fossil fuel emissions can be compensated for by carbon offsetting and unproven future technologies for removing carbon dioxide from the atmosphere. But offsetting does not cancel out our emissions – yet action to do so is immediately needed.

There are a number of myths about net zero targets and carbon offsetting that must be dispelled. By revealing them, we aim to empower people, so that they can pressure governments and companies to create real solutions, here and now:

Myth 1: Net zero by 2050 is sufficient to solve the climate crisis. Misleading.

Major and unprecedented reductions in emissions are needed now. Otherwise, our current high emissions will consume the small remaining global carbon budget within just a few years. Net zero targets typically assume that it will be possible to deliver vast amounts of “negative emissions”, meaning the removal of carbon dioxide from the atmosphere through storage in vegetation, soils, and rocks. However, deployment of the technologies needed for negative emissions at the required scale remains unproven, and should not replace real emissions reductions today.

Myth 2: We can compensate for fossil fuel emissions using so-called “nature-based solutions” (such as carbon sequestration in vegetation and soils). Misleading.

Fossil fuels are part of the slow carbon cycle (see fact box). Nature-based solutions are part of the fast, biological carbon cycle, meaning that carbon storage is not permanent. For example, carbon stored in trees can be released again by forest fires. Fossil emissions happen today, while their uptake in trees and soils takes much longer. The overall capacity of nature-based solutions is also limited and is anyway needed to help remove the carbon dioxide that we have already released into the atmosphere.

Myth 3: Net zero targets, as well as carbon offsetting, increase the incentives to reduce emissions because emissions are allocated a cost. Misleading.

The incentive decreases as long as it is financially more advantageous and socially acceptable to buy low-cost carbon offsets from abroad than it is to reduce emissions at home. Promises of future negative emissions also reduce the incentive to cut carbon emissions now, as their costs in decades to come are heavily discounted.

Low-income countries have also established climate targets in connection with the Paris Agreement. They will need all the emissions reductions that can be achieved in their own country to deliver on their own climate targets. There is no remaining carbon budget for wealthy high-emitting nations to pass the burden for cutting their emissions on to low-income nations.

Expansion of renewable energy in growing economies is crucial, but often only adds to, rather than replaces the fossil fuels in the energy mix. Because renewable energy is now often cheaper than fossil energy, these investments would likely have happened anyway, and should therefore not be counted as offsets. Actors in high-income countries should rather finance renewable energy expansion as a form of climate investment (as opposed to offsetting).

Technologies are being developed but they are expensive, energy intensive, risky, and their deployment at scale is unproven. It is irresponsible to base net zero targets on the assumption that uncertain future technologies will compensate for present-day emissions.

Old forests can contain centuries worth of carbon, captured in trees and soils, and can continue to capture carbon for hundreds of years. It is better to cut fewer trees so that the carbon already stored is not released. The carbon released by felled trees can take a hundred years or more to be recaptured by new trees. We do not have that time.

Myth 8: Planting trees in the tropics is a cost-effective win-win solution for both nature and local communities. Oversimplified.

There are trade-offs between managing forests for cost-efficient carbon capture and for meeting the needs of nature and local communities. Planting trees with carbon capture as the main goal threatens the rights, cultures, and food security of Indigenous Peoples and local communities. These risks, as well as threats to biodiversity, increase as such projects multiply.

Myth 9: Each ton of carbon dioxide is the same and can be treated interchangeably. False.

Myth 10: Products and travel can be “climate neutral” or even “climate positive”. False.

Products and travel that are sold as “climate neutral” or “climate positive” due to offsetting, do still have a carbon footprint. Such marketing is misleading and may even lead to more emissions as the offsetting incentivises increased consumption. We contribute more to climate solutions by consuming and travelling less.

Climate change poses existential threats to people, nations, children, and to vulnerable groups all over the world. Unprecedented, rapid, and sustained emissions reductions, starting here and now, are essential for tackling the climate crisis and living up to the commitments in the Paris Agreement:

This article originally appeared on climatechangenews.com