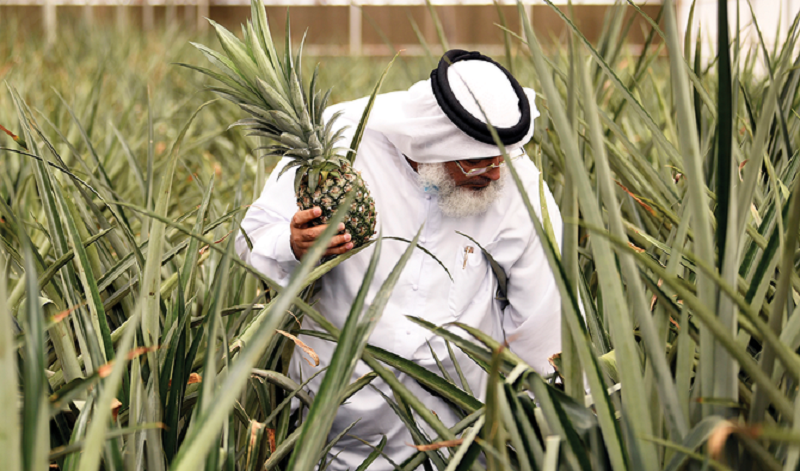 An ultra-modern vertical farm in the middle of the desert stands as a testament to Dubai’s determination to spark a “green revolution” to overcome its dependence on food imports.

Al-Badia market garden farm produces an array of vegetable crops in multi-story format, carefully controlling light and irrigation as well as recycling 90 percent of the water it uses.

“It’s a green revolution in the middle of the desert,” the farm’s director Basel Jammal said.

“Each plant is given the amount of light, humidity, heat and water it needs. It’s as if it were a guest in a five-star hotel,” he says.

The COVID-19 pandemic, which disrupted global supply chains, has refocused attention on food security in the United Arab Emirates.

The UAE is rich in oil and ingenuity, but has little arable land and endures dry, baking summers.

That was not an issue decades ago when the area was sparsely inhabited by Bedouins. But the wealth generated by oil discoveries since the 1970s sent expatriates flocking to the UAE.

Dubai now has more than 3.3 million inhabitants of 200 nationalities, relies largely on expensive desalinated water, and its food needs have grown and diversified.

Dubai, like the other six emirates that make up the UAE, is heavily dependent on imports, which make up 90 percent of its food needs according to official statistics.

Produce arrives from all over the world by air and at Dubai’s state-of-the-art port, stocking supermarkets with a range that compares favorably to those of any Western capital.

But in a region where geopolitical tensions with nearby Iran frequently threaten to boil over, long-term food security and self-sufficiency are key goals.

More than a decade ago, the UAE began buying or leasing agricultural land abroad, mainly in east Africa, to lock in supply even in times of crisis.

Problems on the ground including political instability led it to look toward Australia and Eastern Europe.

But the need to address its over-reliance on imports has inspired other strategies including stockpiling and high-tech agriculture.

Jammal said that his model farm, where everything is controlled by computers, is a “choice for the future.”

“We no longer want to depend on imports. We want to produce locally, all year round, without worrying about climate change, rainfall or drought,” he says. 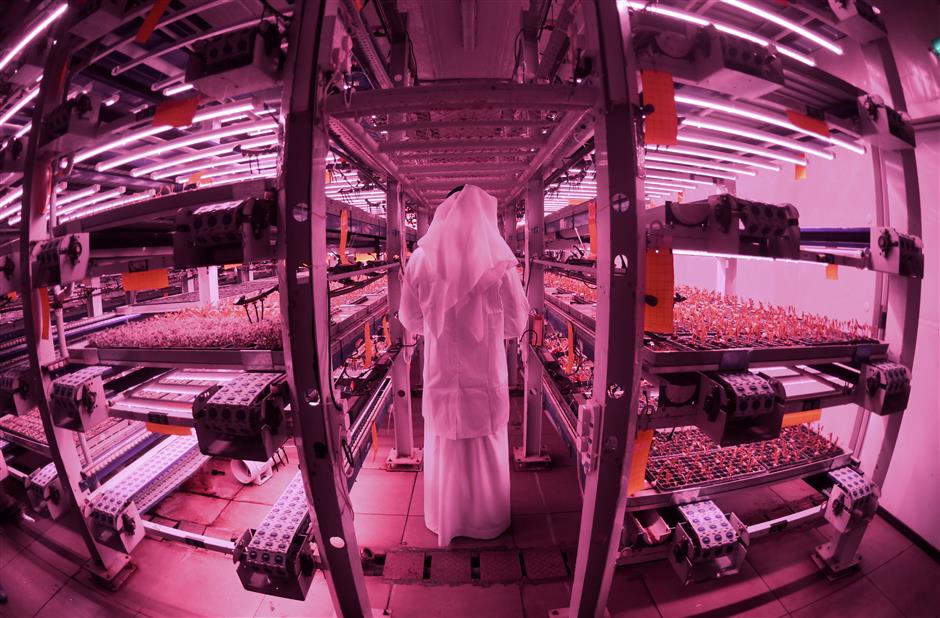 The UAE’s al-Badia Farms in Dubai, an indoor vertical farm using innovative hydroponic technology to grow fruits and vegetables year-round. It uses 90 percent less water than open field farming. The company’s vision is to revolutionize the agricultural industry in the Middle East.

Like Al-Badia, a number of farms are springing up in Dubai and less-developed areas like Al-Ain and the mountainous emirate of Ras Al-Khaimah.

Abdellatif Al-Banna is another independent farmer joining the innovation drive, growing pineapples in greenhouses using hydroponics — without soil — and selling his production via an internet platform.

At his farm in Al-Awir, Banna also experiments with growing fruits, vegetables and even wheat in the cooler months — producing enough grain for his family in what he hopes is a prototype.

And in vast tanks overseen by a control room that duplicates Norway’s sunrises and sunsets, salmon are being farmed in tanks, despite searing heat outside.

Authorities have launched a plan to raise domestic agricultural production by 15 percent by 2021 and boost the use of agricultural technologies, he said.

At the beginning of the coronavirus crisis, while many developed cities saw shelves stripped of pasta, tinned goods and toilet rolls, Dubai did not experience any shortages in fresh produce or staples.

Thanks to airborne cargo services via giant carrier Emirates, which repurposed passenger seats to boost capacity, Dubai was even able to ensure the re-export of various food products to its neighbors.

“Dubai has an adequate infrastructure and a stock capable of meeting the needs of the United Arab Emirates, and even the needs of neighboring countries,” he said.

Aluminium Can: The Most Recycled Drinks Container On Earth