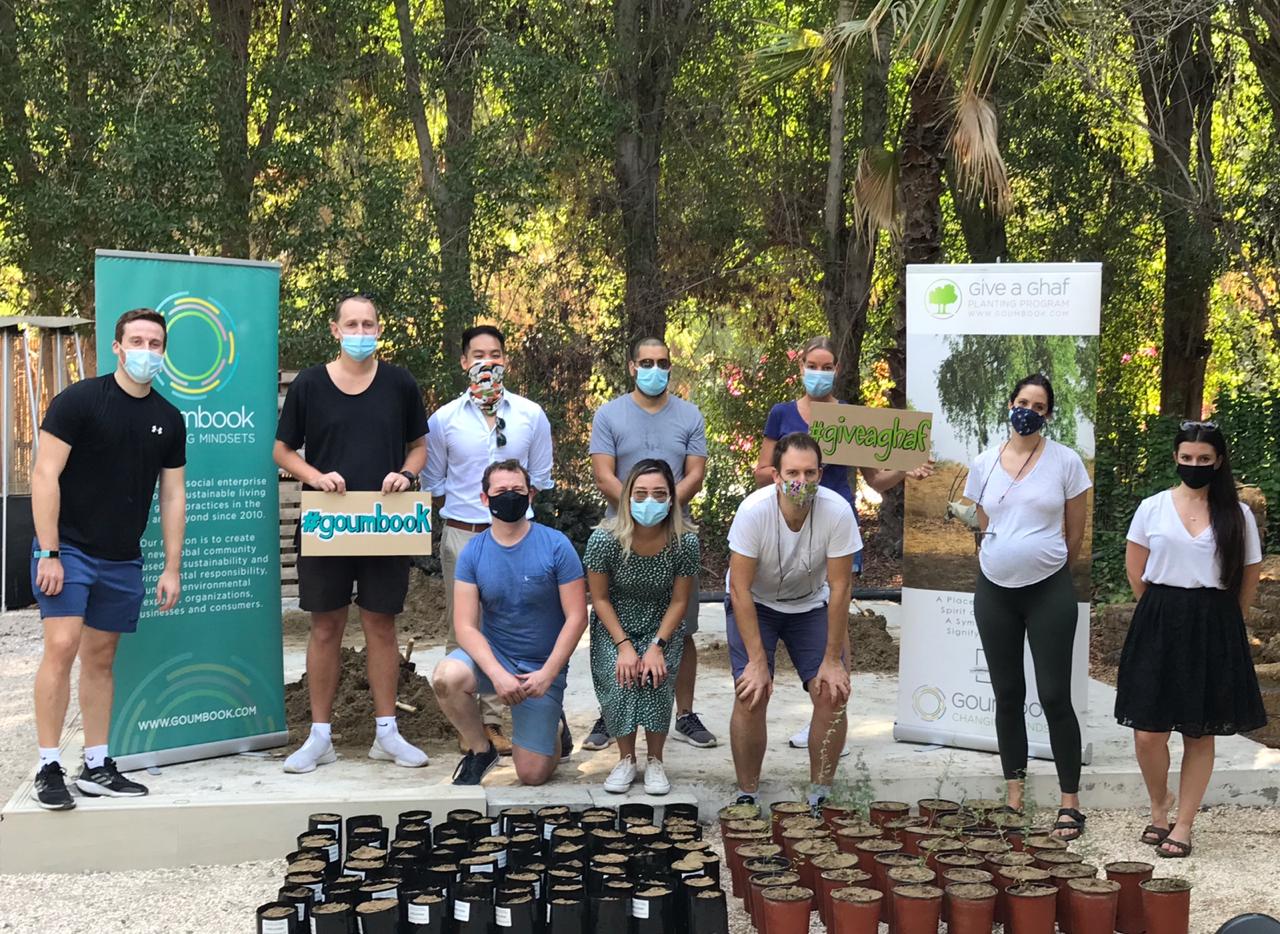 This month we were finally able to plant with teams of volunteers after a long period of restrictions and limitations… and it feels so good to be back in contact with nature!

While being in nature leads to better health, creativity, and even kindness, there may be something even more special about being among trees. After all, trees are important to our lives in many ways. The most obvious is their role in producing the oxygen we breathe and sequestering carbon dioxide to help protect our atmosphere; but science suggests trees provide other important benefits, too.

Here are some of the more provocative findings from recent research on how trees increase human well-being.

Probably the most well-researched benefit of nature exposure is that it seems to help decrease our stress, rumination, and anxiety. And much of that research has been conducted in forests.

In one recent study, 585 young adult Japanese participants reported on their moods after walking for 15 minutes, either in an urban setting or in a forest. The forests and urban centers were in 52 different locations around the country, and about a dozen participants walked in each area. In all cases, the participants walking in a forest experienced less anxiety, hostility, fatigue, confusion, and depressive symptoms, and more vigor, compared to walking in an urban setting. The results were even stronger for people who were more anxious to begin with.

“The psychological benefits of walking through forests are very significant, and forest environments are expected to have very important roles in promoting mental health in the future,” the authors write. Indeed, various other studies suggest that the practice of “forest bathing”—deliberately spending time among the woods—can help us deal with the stresses and strains of urban living.

In another recent study, Polish participants spent 15 minutes gazing at either a wintertime urban forest or an unforested urban landscape. The trees in the forest had straight trunks and no leaves (because of winter), and there was no other shrubbery below the trees—in other words, no green; the urban landscape consisted of buildings and roads. Before and after, the participants filled out questionnaires related to their moods and emotions. Those who gazed at a winter forest reported significantly better moods, more positive emotions, more vigor, and a greater sense of personal restoration afterwards than those who gazed at the urban scene.

It may be that some of these benefits have to do with how forests affect our brains. One study found that people living in proximity to trees had better “amygdala integrity”—meaning, a brain structure better able to handle stressors.

These findings and many others—including an earlier review of the research—show how even short amounts of time in a forest can give us a break from our frenzied lifestyles.

Besides helping us breathe, being around trees may improve our health in other ways, too.

Studies have shown that spending short amounts of time in forests seems to benefit our immune systems. Specifically, one study found that elderly patients suffering from chronic obstructive pulmonary disease experienced decreases in perforin and granzyme B expressions, as well as decreased pro-inflammatory cytokines—all related to better immune function—after they visited forests rather than urban areas. Though it’s not clear exactly why this would be, a prior study suggests that trees may improve immunity thanks to certain aromatic compounds they release.

Trees also seem to help our heart health. In one study, participants walked in a forest one day and an urban environment another day, and researchers measured how the two walks impacted their bodies. In comparison to the urban environment, walking in trees lowered people’s blood pressure, cortisol levels, pulse rates, and sympathetic nervous system activity (related to stress), while increasing their parasympathetic nervous system activity (related to relaxation). All of these physiological markers are tied to better heart health, suggesting that walking in the woods improves cardiovascular function.

Though it could be that these health benefits are due less to trees than to natural spaces in general, New Yorkers living near trees report better overall health than residents living near green, grassy spaces. And another study found that women who live in areas affected by tree loss have a higher risk of cardiovascular disease than those in unaffected areas. One study that tried to quantify this health effect concluded that “having 10 more trees in a city block, on average, improves health perception in ways comparable to an increase in annual personal income of $10,000 and moving to a neighborhood with $10,000 higher median income or being 7 years younger.” Clearly, there’s something healing about trees.

Trees may make us more generous and trusting

Research suggests that nature experiences help us to feel kinder toward others, and many of those studies involve trees.

In one experiment, researchers asked a group of university students to look up at either a tall building or a grove of towering eucalyptus trees for one minute. They found that students who studied the trees experienced more feelings of awe—a sense of wonder and of being in the presence of something larger than oneself. Afterwards, when one of the experimenters pretended to accidentally drop a bunch of pens, the students who had seen the trees and felt awe helped pick up more pens than those who had looked at the building.

In another study, researchers found that people were more willing to help someone who’d lost a glove if they had just spent time walking through a park with trees, rather than if they were near the entrance to the park. Unfortunately, this study, like many others, doesn’t specify the benefits of trees versus green space in general. So, we don’t know the exact role trees play in promoting kind and helpful behavior. But there’s a good chance that their presence at least contributes to better social interactions.

For all of these reasons, we are very excited to be able to host our seed planting events in a location such as the Nature Escape at Al Barari, allowing people to really connect with nature and feel the power of trees.