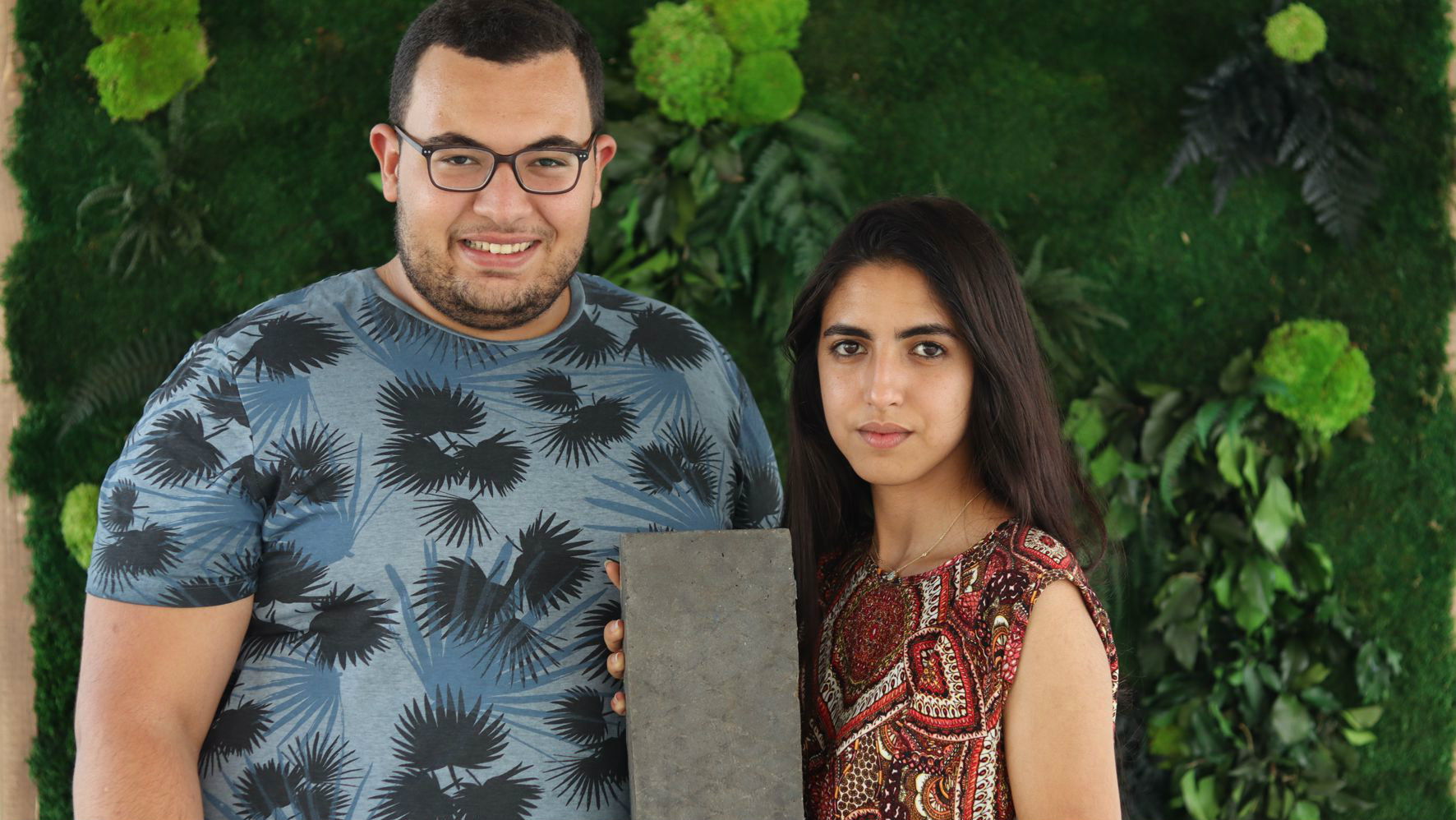 We know what the product is but can you tell us how the idea came about and how you all got together to create it?

It all started as two young environmental activists, who wanted to make the world a better place for the human race. Luckily the same year, Morocco hosted the COP22, which highlighted the main issue facing the planet, which is plastic waste. It was at this point when we realized that it’s our battle to win.

Morocco consumes 550,000 tonnes of plastic annually, according to a report by the World Wide Fund for Nature (WWF), and a mere 40,000 tonnes, or 7.3%, of that is recycled. As for the remainder, 25% is left uncollected, 36% is dumped illegally and 31% goes to landfill. Plastic pollution costs the North African country $26 million each year, and our solution can help boost recycling.

Back in 2015 Morocco banned plastic bags and it made me think and I started working on many, many ideas. One day I thought, ‘Why are there no construction products using plastics?’

With the help of engineering and materials professors from across Morocco, we began experimenting to make a building material from melted plastic. We started from zero, from scratch. We initially thought we could just melt the plastic and then make the products, but it took us at least 12 prototypes to perfect the formula.

Once the formula was finalised, we began receiving plastic waste from various entities that collect such rubbish. This plastic is melted down and mixed with other ingredients, including additives and sand, before being placed in moulds to make particular shapes depending on its intended use. It can also be dyed in various colours and used to make everything, from buildings to sidewalks.

What stage are you at now and what do you need to grow the business, what is your forecast for the next 5-10 years?

We are implementing our first large unit, to start mass production. We are using a production strategy based on the economy of scale, we assume that our EBITDA will know at least 50% growth each year.

We opened a factory near Casablanca in late December and can now manufacture up to 120 cubic metres of repurposed plastic daily.

What is so special about your bricks?

We estimate that our plastic bricks are five times as durable as cement and will last for more than 100 years.

The plastic building blocks are moulded into shapes like Lego bricks to make them easy to assemble. This design means less cement is required to bind them together, reducing the carbon footprint even further. Once the material cools, it is ready to use.

A house made of Zelij’s bricks will consume 30% less energy than a conventional dwelling of the same size. These building blocks are also near-unbreakable, whereas around 10% of cement products are broken during transportation. Less than 1% of Zelij’s bricks are damaged in this way. Currently, the repurposed plastic is most commonly used to make outdoor flooring for gardens, parking lots and sidewalks. It costs 30% less to manufacture than concrete. 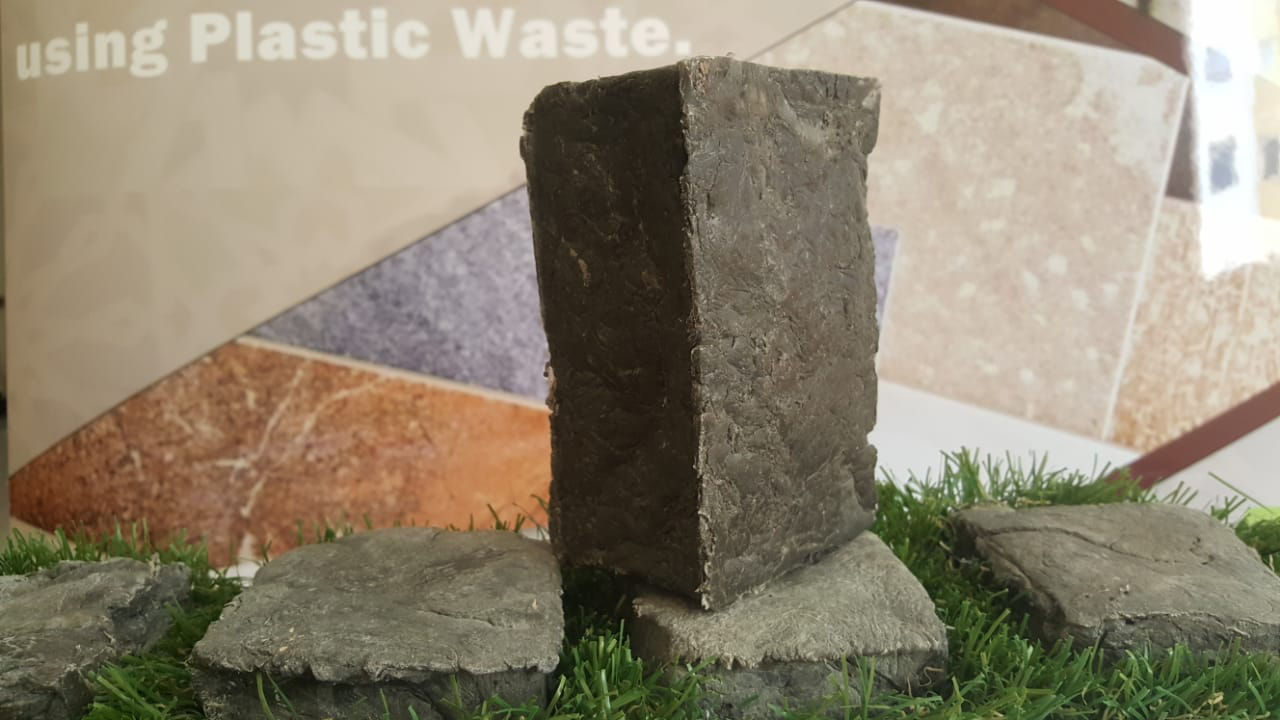 The Paveco Paver, made from plastic waste, provides a feasible solution with an undeniable environmental impact. The technology removes one of the most problematic waste from the environment, while creating a business with high development potential.

What do you do to promote recycling?

In March, we launched our own plastic collection programme and we started placing recycling bins in various locations in Casablanca. We recycle around 10 tonnes of plastic per month and aim to soon reduce the amount going to landfill by 3,000 tonnes a year. If we achieve this, that would boost Morocco’s plastic recycling by around 8%!

Extending our mission beyond recycling, we also run a social impact programme to promote and support mosaic art in Morocco – the name “Zelij” refers to Moroccan mosaics. Artists can use our recycled plastic and we teach them how to use our formula and our product to produce beautiful mosaics.

Can we find the products in the UAE?

For now, our customers in the Middle East will be able to have our products through shipping, especially the Moroccan handcrafted tiles. As far as we grow our national market, we will be surely setting the 2nd Showroom in the UAE.

How important was it to be supported by the incubators such as Womena?

It’s MEGA important to go through incubators and accelerators, it’s a must for any founder because there where you get it all: the community supporting you and sharing with you the same pain, the network (investors, potential partners, professionals, ….. ) and most importantly the training, the mentorship and the inspiration to keep going no matter what.

Being a student and an entrepreneur at the same time was very hard – 80% of the team was students, so it was tough to complete our studies and work on our company, meet with investors, etcetera. We’re so young a lot of potential partners didn’t take us seriously.

Have you faced particular challenges as a woman in business?

Of course, I do, on a daily basis, especially when I’m a millennial woman in the construction field, it’s a real struggle but it’s worth it.

What would your advice be to any entrepreneur who wants to set up their own business?

There is nothing to be afraid of, there is no age to start, there is no perfect idea, you just step in ready to learn and ready to conquer. 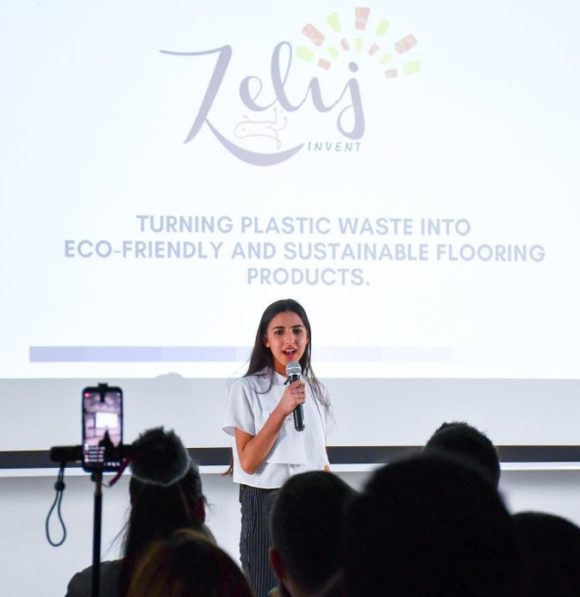 Ep.5 Rethinking Food Waste as a Resource, with Ryan Ingram