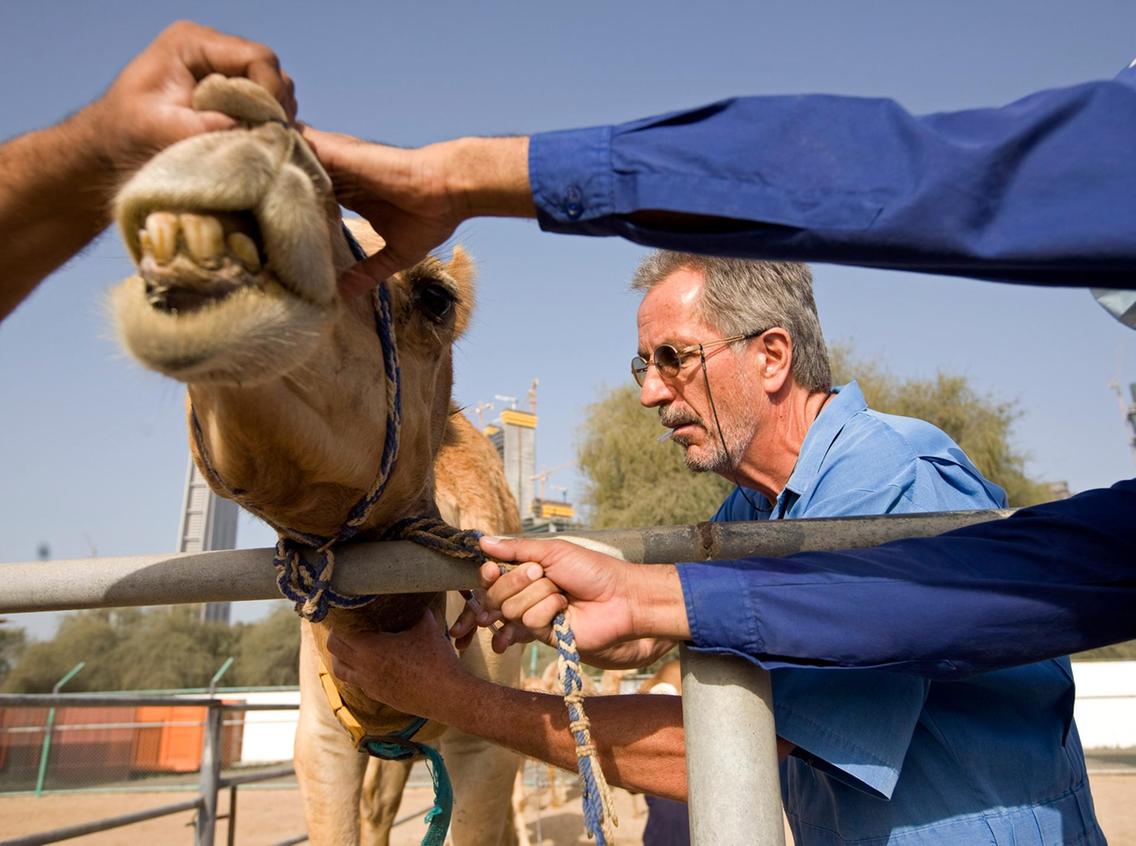 Hundreds of camels across the UAE have died because of plastic consumption over the past decade, a study has shown.

Of 30,000 camels analysed since 2008, in the field or in a laboratory by staff from Dubai’s Central Veterinary Research Laboratory, about 300 died because of polybezoars – lumps of indigestible material made of plastic.

That translates to about one in 100 camel deaths in the UAE due to the consumption of plastic waste left behind by humans either camping or generally littering.

The study, entitled The Plight of Camels Eating Plastic Waste, was recently published in the Journal of Arid Environments. It said polybezoars found in camel stomachs can weigh up to 53kg or as much as some people.

As well as plastic bags, polybezoars also often contain rope and parts of plastic bottles, including caps, which accumulate over years when the animals eat them in the mistaken belief they are food.

Excessive consumption of non-degradable waste can mean a drawn out and agonising death for camels.

“For me, as a veterinarian, to see all this suffering of animals, it’s just devastating,” said Dr Ulrich Wernery, the CVRL’s scientific director and an author of the paper.

“If you go through the desert you find plastic everywhere. People don’t care; they throw their stuff out of their car and it flies everywhere.”

The first author of the study, Dr Marcus Eriksen, the US-based co-founder and research director of a plastic pollution campaigning organisation, the 5 Gyres Institute, saw first-hand how the problem of plastic waste in the Gulf has increased.

A former Marine, who fought in the first Gulf War three decades ago, Dr Eriksen was taken to the desert near Dubai by Dr Wernery and said there was far more debris now than when he was first in the region.

“What I saw was devastating,” he said. “I couldn’t believe how much trash, 30 years later, was blowing across the desert.”

In the desert, Dr Wernery showed him camel skeletons with polybezoars visible inside the ribs. These huge lumps of plastic waste had clearly caused the animals’ death.

Polybezoars kill in different ways. They create what Dr Eriksen described as “extremely painful” blockages that may prove fatal, and also cause the number of bacteria inside the camels to spike, resulting in deadly infections.

By filling up the stomach, and discouraging eating, they lead to starvation because few nutrients are absorbed. The animals are likely to suffer “incessant pain”.

“It could take months or years to accumulate to the point where it becomes a detrimental effect,” Dr Eriksen said.

“It goes from discomfort to detriment … The animal slowly dies. All that time they’re suffering.”

A key problem, said Dr Eriksen, is that plastic bags are often caught by the wind and blown across the desert even if initially disposed of properly.

As a result, the authors of the study suggested that, “careful consideration be placed on the role of single-use plastics, their current use and eventual elimination from modern societies.”

A compulsory levy on plastic bags could help to reduce their use, said Dr Eriksen. Such a measure would mirror compulsory charges introduced in many other countries.

According to UK government figures, large supermarkets in England gave out 7.6 billion single-use plastic bags in 2014, the year before a 5p (Dh0.24) compulsory levy was introduced. The charge reduced the number of plastic bags used by more than four fifths.

The researchers also suggest consideration be given to a ban on single-use plastics, along with tougher fines for people who discard plastic bags.

“You cannot just talk to people and say, ‘Please don’t litter’. They don’t listen to you. You have to punish them,” said Dr Wernery.

“They will stop when they feel it in their pocket.” 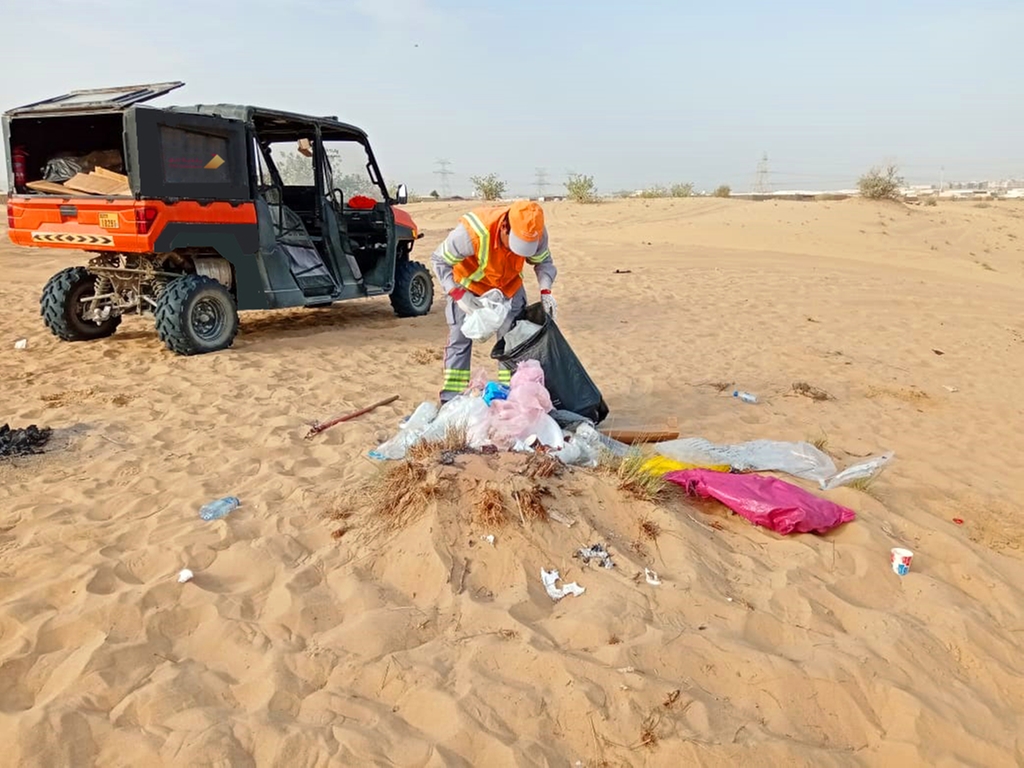 Campers must clean up after themselves

Environmentalists and veterinarians have urged anyone heading to the desert to carefully dispose of their waste to prevent further damage to the UAE’s wildlife and natural environment.

Camping in the desert, mountains or near the beach is very common among residents and Emiratis, particularly during the cooler winter months, but leaving waste behind can contribute to an agonising death to many animals, birds and marine life.

Last week, Dubai Municipality removed 130 tonnes of rubbish from a desert and six-week clean-up campaign is currently under way to rid the emirate’s desert of more waste.

“I have been here for 20 years now and saw many dead animals with plastic in their stomach almost every second day,” Dr Wernery said.

“It is a worldwide problem and people should be aware and always reminded about the consequences of leaving litter behind.”

Most recently, Dr Werney found a decomposed cow in Al Wathba with 26kg of plastic in its stomach. 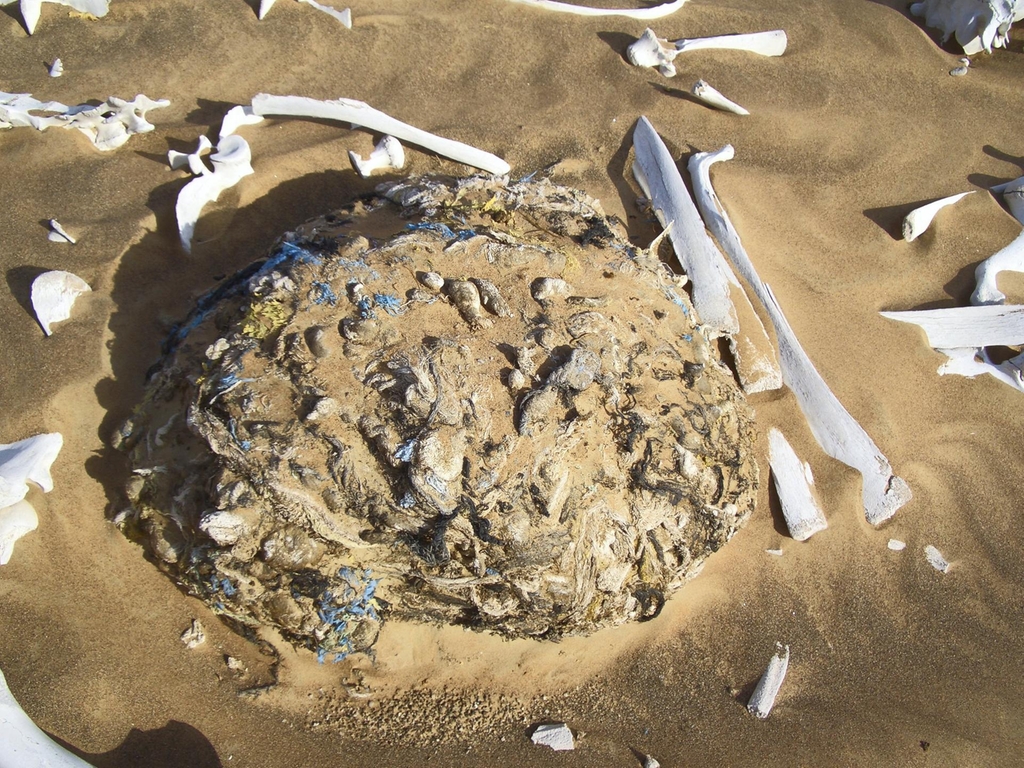 “I’ve dealt with dead animals such as camels, cows, gazelles, goats, birds, turtles and sea mammals here and it’s only the tip of the iceberg,” he said.

“The desert is a place of nature, sustainable environment, natural herb growth, living and grazing wild animals. It needs attention and care from all community members using it for camping, site seeing, family gathering and safari.

“Though there are strict rules from the UAE government to keep the desert and beaches clean, additional efforts, information, education and guidelines are required at different levels for campers, tourist and the general public.”

Dr Chaudhry said there would likely be more camel deaths due to plastic ingestion if the animals were not typically cordoned off in designated areas.

“But some dead camels were found having gastrolith on postmortem examinations, which probably were due to ignorance and carelessness while feeding the camels in stables, eating in open rubbish bins or grazing in the desert unattended,” he said.

Habiba Al Marashi, chairwoman of Emirates Environmental Group, said that most people underestimate the importance of a healthy desert ecosystem.

“A wide range of important minerals, such as gypsum, are formed in the deserts. The UAE deserts are also home to many rare species that are close to being endangered.”

She said recommended that camping be regulated by stricter rules to ensure people were not littering.

“It is recommended that the government steps in to dedicate only a few sites to individual campers and the rest to camp organisers so that maintaining clean deserts are easier,” Ms Habiba said.

“People must be encouraged to camp with arrangements made by agencies.”

Emirates Environmental Group carries out regular clean-up campaigns across the country. Last year, the group cleared 43.3 tonnes of waste from the desert and are hoping to clean up more this year.

This article originally appeared on thenationalnews.com