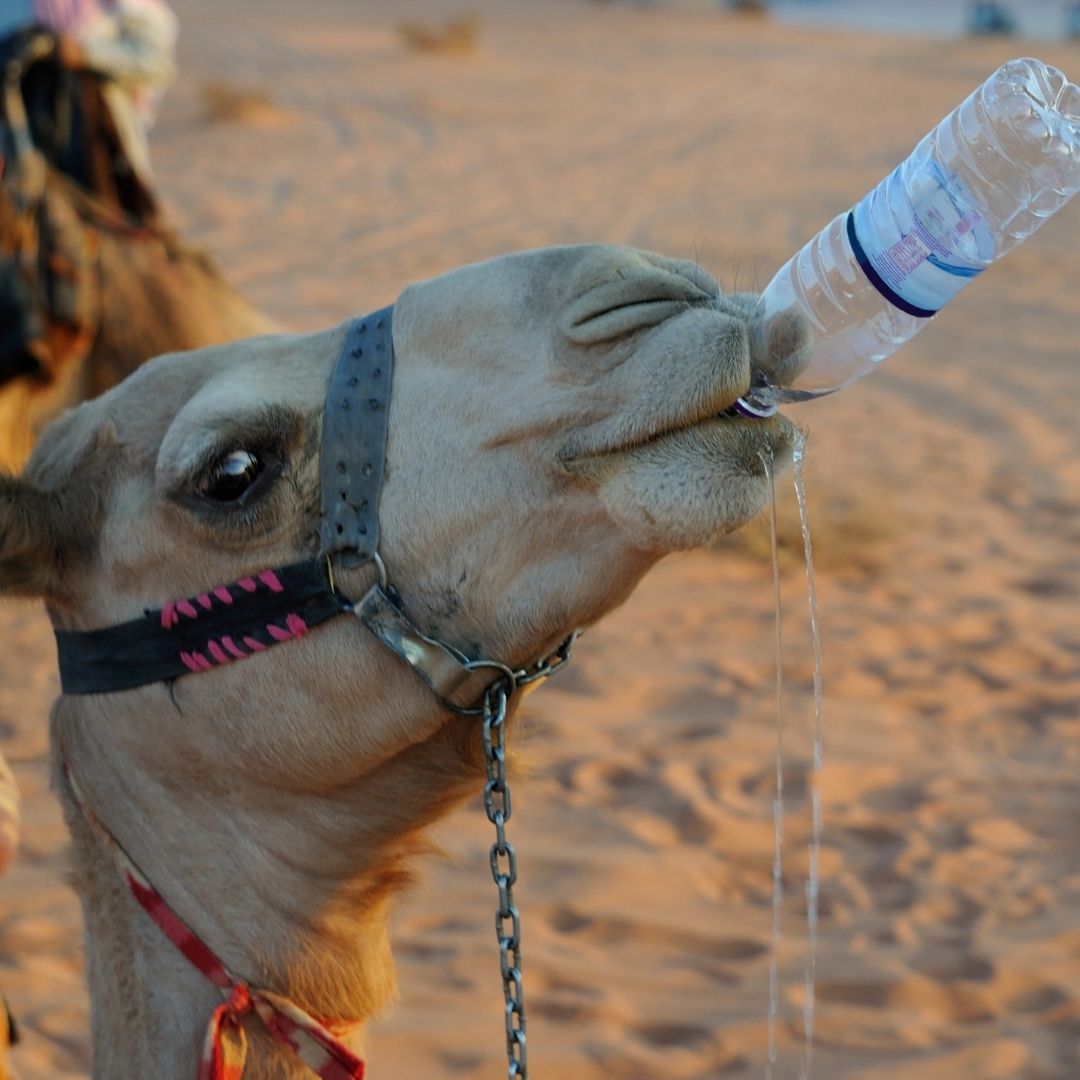 Plastic pollution is not only pervading the oceans, but also the deserts. This is what is happening in the UAE’s deserts and it is killing camels. Based on a study published by the Journal of Arid Environments in February 2021, plastic pollution is the reason behind the one per cent regional mortality rate of camels in the Arab Gulf, including in the UAE.

According to a study conducted by Dr. Marcus Eriksen, an environmental scientist at 5 Gyres Institute, a plastic pollution research and education organization in Santa Monica, California, and Dr. Ulrich Wernery a veterinary microbiologist at the Central Veterinary Research Laboratory in Dubai, UAE, at least 300 camels have died due to ingestion of plastic that accumulated over time in their digestive tracts.

Dr. Wernery and his team have examined over 30,000 dead camels since 2008, and their study revealed that camel remains were filled with tangled plastic items, primarily plastic bags, which they termed ‘polybezoar’ to refer to the synthetic items that formed into stone-like mass inside the camels’ body.

“We define the ingested waste as a polybezoar, a collection of tightly packed indigestible materials which can include plastics, ropes, other litter and salt deposits trapped in the stomach or digestive tract forming a large stone-like mass,” the researchers said.

The scientists pointed out that it is a slow death for the camels as the plastic ingestion caused them to stop eating and eventually killed them.

Based on their analysis, the sizes of polybezoars range from 6.2 kilograms (kgs) up to 63.6 kgs, which could have led to gastrointestinal blockages, sepsis due to increased bacterial infection in the gut, dehydration, and malnutrition.

Plastic bags and film packaging items littered in the desert environment can come from various sources.

The researchers noted that they may have also been brought by strong winds and traveled from open waste bins and landfills, suggesting that this issue should be addressed through better waste management and alternative packaging to reduce the impact of the pollution.

Electrolux Pledges to plant another 5,000 Ghaf Trees in the UAE