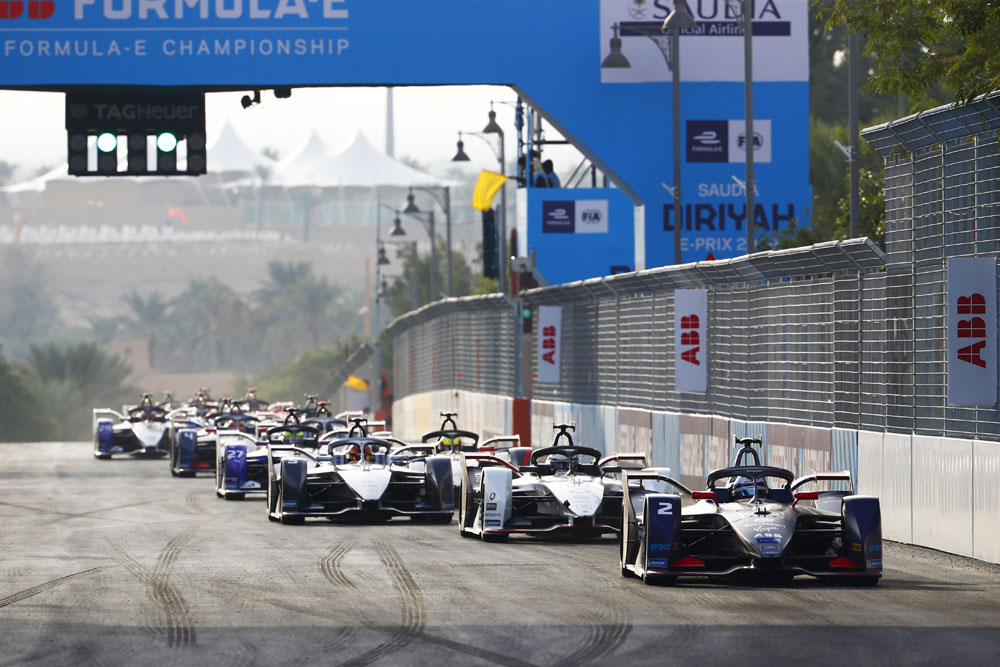 Formula E calendar for seventh season has been confirmed, starting on January 16 2021

The Kingdom’s sports minister, Prince Abdul Aziz bin Turki Al-Faisal, expressed his happiness in hosting the Formula E races for the third consecutive year. He said that Saudi Arabia would continue to host major international sporting competitions, with the unlimited support of King Salman and the crown prince.

The seventh season is set to start in Santiago, Chile, on Jan. 16, 2021, before the series moves to Mexico City.

From there the championship goes directly to Saudi Arabia for another double-header in Diriyah, and then on to Sanya in China before returning to Europe for races in the Italian capital Rome followed by the French capital Paris.

Formula E will next return to the famous streets of Monaco on May 8 and then set off for Seoul in South Korea, before heading to Germany. The championship will be rounded off in New York City, in the US, followed by a UK based double-header in London on July 24 and 25.

Are Real or Artificial Christmas Trees Better For The environment?