For centuries, camel milk has been an important source of nutrition for nomadic cultures in harsh environments such as the desert. It’s now commercially produced and sold in many countries, as well as available online in powdered and frozen versions.

With cow’s and various plant- and animal-based milks readily at your disposal, you may wonder why some people choose camel milk. Camel milk is making its space among the dairy products in general and especially as a super and functional food. This year’s World Milk Day, for the first time, a global coalition of camel milk consumers, experts, and dairy producers from 35 countries will raise a virtual glass for camel milk. This is the first-time camel milk is on the global World Milk Day agenda since it began 20 years ago.

Rich in iron, vitamin B and C, and low in fat, the frothy milk produced by the hunched mammal is valued in the region and across the world for its medicinal value—particularly against diabetes and allergies—and is even used as an aphrodisiac. It’s also prized as a source of nutrition especially in hot and arid zones where climate change is exacerbating drought conditions and decimating food chains.

“Camels saved humans for generations in the desert. In arid areas and hot weather over 45C, we see cows suffer as they need 8-10 times more water than camels to produce 1 liter of milk,” says Dr. Abdul Raziq Kakar, a UAE based camel dairy specialist from Pakistan, PhD in Animal Agriculture

Colostrum is the very special dense and nutritious milk that a human mother supplies in the first couple of days of breastfeeding. As the American Pregnancy Association explains, “The first food your breasts make is colostrum — a sticky, yellow fluid that contains everything your baby needs to transition to life outside your body.” It gives the baby’s stomach a tough lining to protect it from illness, prevents a baby from becoming jaundiced and gives nutrients to the baby’s brain, eyes and heart. In other words, colostrum is great and camel milk isn’t all that different from it, which is why it can help with people who are diabetic or immuno-deficient.

What’s more, camel milk has been used to treat diarrhea caused by Rotavirus for hundreds of years. Research suggests that the milk contains antibodies that help treat this diarrheal disease, which is especially common in children.

Camel milk also contains lactoferrin, immunoglobulins, and camel whey protein, which may be responsible for its ability to fight organisms and boost immunity. Lactoferrin has antibacterial, antifungal, antiviral, anti-inflammatory, and antioxidant properties. It inhibits the growth of E. coli, K. pneumoniae, Clostridium, H.pylori, S. aureus, and C. albicans, organisms that can cause severe infections.

One rat study also found that camel milk protected against leukopenia (low white blood cell count) and other side effects of cyclophosphamide, a toxic anticancer drug. These results support the immune-boosting properties of the milk.

Camel milk contains insulin-like proteins, which may be responsible for its anti-diabetic activity. Insulin is a hormone that helps regulate blood sugar levels. Studies indicate that camel milk provides the equivalent of 52 units of insulin per about 4 cups (1 liter). It’s also high in zinc, which may help improve insulin sensitivity

In a 2-month study in 20 adults with type 2 diabetes, insulin sensitivity improved among those drinking 2 cups (500 ml) of camel milk, but not among the cow’s milk group. Another study found that adults with type 1 diabetes who drank 2 cups (500 ml) of camel milk daily in addition to diet, exercise, and insulin treatment saw lower blood sugar and insulin levels than those not given camel milk. Three people no longer needed insulin.

In fact, a review of 22 research articles determined that 2 cups (500 ml) per day is the recommended dose of camel milk to improve blood sugar control in those with diabetes.

Camel milk may aid certain behavioral and neuro-developmental conditions, such as autism, as well as neurodegenerative illnesses like Parkinson’s and Alzheimer’s

Camel milk has therapeutic effects in many diseases such as food allergy, diabetes mellitus, hepatitis B and autism. The milk contains high minerals like sodium, potassium, iron, copper, zinc and magnesium and high vitamin C level which are considered as strong antioxidant against free radicals.

A recent research published in December 2019 showed that Camel milk consumption caused significant improvement in the clinical symptoms of children with autism who became quieter and less destructive and showed better emotional expression. Autistic children drinking camel milk have had amazing improvements in their behavior, with improved motor skills, language and social communication.

Additional studies revealed that camel milk could benefit neurodegenerative diseases like Parkinson’s and Alzheimer’s, but only a few animal studies have investigated this potential. 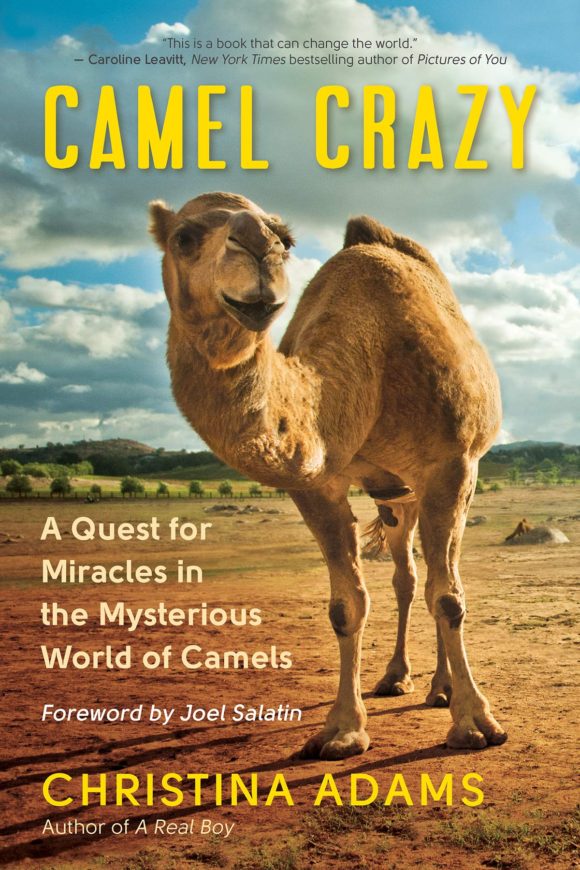 American author Christina Adams, mother of a boy who was diagnosed with autism spectrum disorder at age 3, said her son experienced overnight an improvement in his symptoms with camel milk given when the boy was already 9. In 2006, she came across a paper a veterinarian had written about how camel milk eased symptoms of autism. That fired her up: desperate to get her hands on raw frozen camel milk, she finally obtained a permit after securing a doctor’s prescription.

“I was the first person in the US to get an import permit for camel milk for medical purposes,” she said. “The rest is history… the morning after my son ingested camel milk, he demonstrated astonishing improvement in behaviour including eye contact, communication, emotional expression (“I really love you”; “You do so much for me”) and self-organisation.”

Adams wrote a patient report Autism Disorder Treated with Camel Milk detailing her experience published in the November 2013 issue of Global Advances in Health and Medicine, a peer-reviewed US medical journal.

Fortunately for her, Adams was able to find farmers in the US with small camel herds producing somewhere near her California home which brought the cost down. She visited Dubai for the first time in 2014 to share her experience about the therapeutic effects camel milk had on her son, who is now 22, at the autism group meet-up.

“Dubai is heaven for me. Camel milk here is quite affordable (Dh15 per litre) and widely available. In the US, the biggest herd is about 40 camels, owned by farmers in some rural areas.”

Khan, former director of Autism UAE, and co-founder of the Dubai Autism Meetup group, said that at least three paediatricians had checked on her son and each time they would say: ‘Give him more time’.

“But that’s the worst thing to do, because with an autistic child you need to intervene as early as possible. The biggest red flag is if a child is not talking by age two. My son spoke no words till almost four.” She said both her children had regular tummy ache due to lactose intolerance. “The day we took him off cows milk was the day he slept through the night. This gave him more ability to pay attention and learn more,” she added. “For me, the evidence (on the benefits of camel milk for easing symptoms of autism) is no longer just anecdotal”.

Ep.43, The UAE present a sustainable alternative to concrete at the Venice Architecture Biennale 2021, with Wael Al Awar and Laila Binbrek