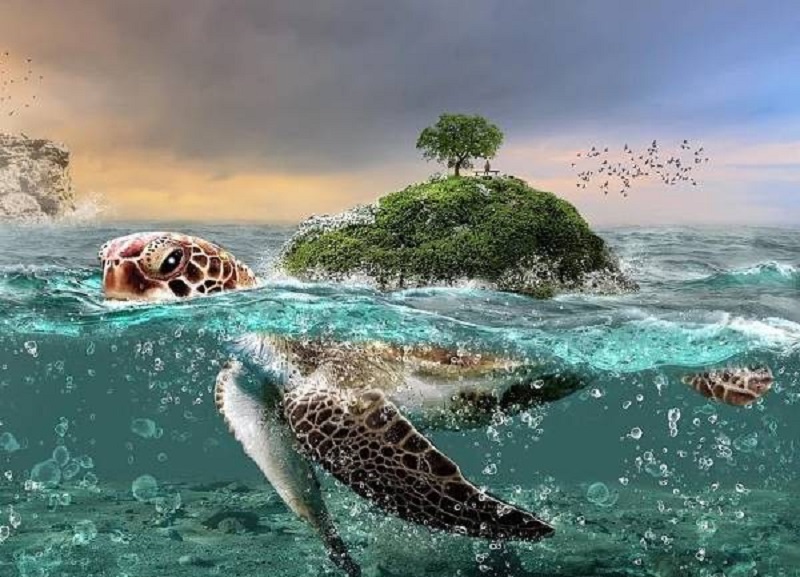 Unconventionally, this year we celebrate World Environment Day virtually in the comfort of our homes. The theme is “Biodiversity” – a concern that is both urgent and existential.

Biodiversity is the foundation that supports all life on land and below water – the immense richness and variation of the living world. The pillar that allows ecosystems to function having an impact on every aspect of human survival by providing food, clean water, breathable air and a climate that makes our planet habitable all comes from nature. Despite all the benefits provided by nature, we still misuse it. Disrupting or removing any of the elements can produce detrimental consequences and this is why we need to act now, take notice, raise our voices and wake up for a resilient and sustainable future.

Nature is in crisis

Imagine a world where the Dinosaurs have just gone extinct and life is slowly but surely starting to emerge yet again. Over the course of the next millions of years, there are several different forms of plant and animal species that start to populate all of the ecosystems on earth. Among these animals is a dominant life form, one that starts to take over the majority of the earths land surface. This dominant animal, through its greed and its extremely large population size, starts to distress the other species living on earth. Momentarily species are being lost at an unprecedented rate and the earth’s resources are continuously being depleted. So, whom am I talking about? Us, humans! We, humans, have affected all of the ecosystems in the world around us. The current predicament we are facing is serious.

Human impacts are now a prevalent facet of life on earth. All realms – terrestrial, marine and freshwater bear our imprint, our pollution spans the globe, our fisheries extend throughout the world’s oceans and our feet read across almost every surface on earth. Estimates show that we use substantial and increasing fractions of Earth’s primary productivity and our ecological impact may already extend beyond earths capacity to provide resources and absorb our waste, therefore, our use of natural resources dramatically outstrip the rates of replacement. Thus, we have had enormous impacts on the form and diversity of ecosystems. Ultimately, we have set in motion the sixth great mass extinction event in the history of earth – and the only one caused by a living species. The new report released by the Intergovernmental Science-policy Platform on Biodiversity and Ecosystems Services (IPBES) states that around 1 million animals and plant species are now threatened with extinction, many within decades, more than ever before in human history. The world has lost half of its wildlife since 1950.

Key indirect drivers include an increase in population size and consumption pressures are the root threat to biodiversity that create the conditions that endanger the existence of many species and ecosystems: habitat degradation and loss, habitat fragmentation, overexploitation, the spread of invasive species, pollution and climate change. Species extinction, endangerment, and ecosystem degradation are not the aims of human societies but are the unfortunate by-product of human activities with resource extraction and production often occurring in one part of the world to satisfy the needs of distant consumers in other regions pushing nature beyond its limits. Because our practices are unsustainable, we strongly erode the natural capital that we have used to flourish, thus endangering our and our descendants’ future. If we continue on this path, It would take 1.6 Earths to meet human demands of nature every year. 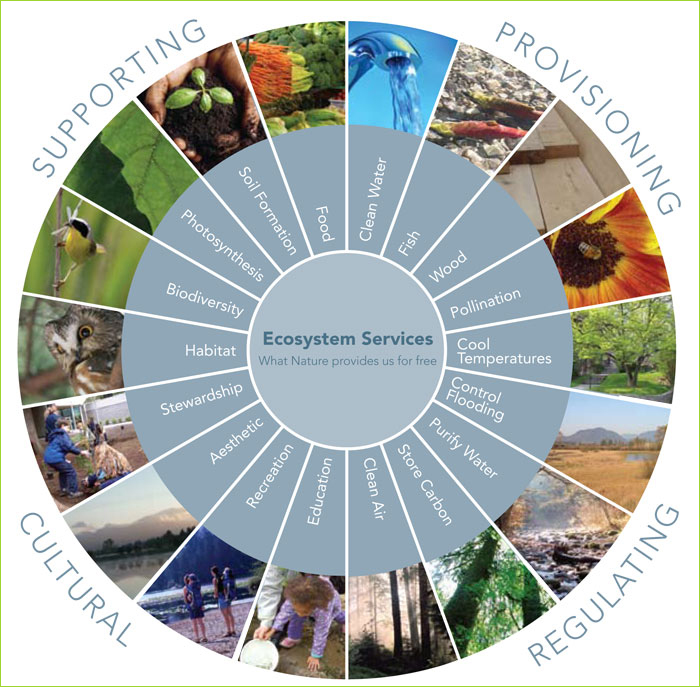 While many points can be debated, and some uncertainties remain, it is certain that humans have created radical change throughout the globe. As our populations grow and consume more, ecosystems will continue to degrade, more species will go extinct and human suffering on a staggering scale will continue. How can we respond to such a crisis of this magnitude? Solutions will need to come from a mixture of;

The global Corona Virus (COVID-19) pandemic has demonstrated that our biggest global trail cannot be confronted in isolation; they are health, economic, social and environmental challenges and must be tackled together systemically. Addressing the current crisis and creating strong global stewardship of nature and biodiversity; and a clear commitment to ‘building back better” through a nature-based approach, will offer an unparalleled opportunity for creating green jobs and facilitating the transition to carbon-neutral economies will depend on humanity to act now. Loss of biodiversity is not only an environmental issue but also a developmental, economic, security, social and moral issue as well.

Biodiversity is of Great Importance in the UAE

The UAE also faces environmental pressures and has not been spared by the trends of biodiversity loss observed on the world scale. Despite being described as a dry and arid area with one of the lowest populations in the world, the UAE constitutes one of the most dynamic, mysterious and fascinating landscapes hosting a unique and remarkably adapted rich flora and fauna. Of the total know species, less than 2% are classified as ‘threatened’. The main threats facing UAE’s biodiversity are coastal development and urbanization, the introduction of invasive species, over-exploitation of resources (e.g. fishing, grazing, groundwater) that are linked with the tremendous increase in population, commercial activities and changes in lifestyle.

Groundwater extraction for cultivation and overgrazing by camels added by natural drought has resulted in the loss of desert habitats of national importance such as Ghaf forests, which are a keystone species providing a habitat for hundreds of species such a the unique Least Semaphore Gecko. A survey by EWS-WWF shows that there has been a decline in sightings of the Arabian Leopard and the mountain Gazelle in the Wadi Wurayah area in Fujairah in the last 15 years. At a global scale, more than a third of the worlds land surface and nearly 75% of freshwater resources are utilized for crop and livestock production.

Conservation of biodiversity ranks high on the UAE National Agenda as it provides ecosystem services, creates a livelihood for local communities and also has enormous socio-economic benefits through eco-tourism. Accordingly, the UAE has undertaken several initiatives at different levels concerning the protection of its environment. Many studies have been carried out on species and habitats. Since the 1990s, the establishment of protected areas has been gaining momentum and numbers have increased to 43 in 2017 covering nearly 29% of the emirates terrestrial and marine areas. The UAE has also ratified biodiversity-related international and regional agreements and memorandums creating a strong legal framework to the protection of its environment. Despite progress to conserve nature, implementation of policies needs to be optimized more so now moving forward after the economic, social and environmental challenges caused by the pandemic.

“Through ‘transformative change’, nature can still be conserved, restored and used sustainably – this is also key to meeting most other global goals. By transformative change, we mean a fundamental, system-wide reorganization across technological, economic and social factors, including paradigms, goals and values.” IPBES Chairman, Sir Robert Watson.

There is still hope, we can collectively and individually make a difference to the world that we live in. We all have a role to play and it starts with asking ourselves two questions: What do I know about how humans are affecting biodiversity in the world’s ecosystems and more importantly what can we do to negate the impact? Failure to act is failing humanity.

The future of cities, Youth and Regenerative Development are key to achieving sustainability

Connecting the drops during and after Covid-19