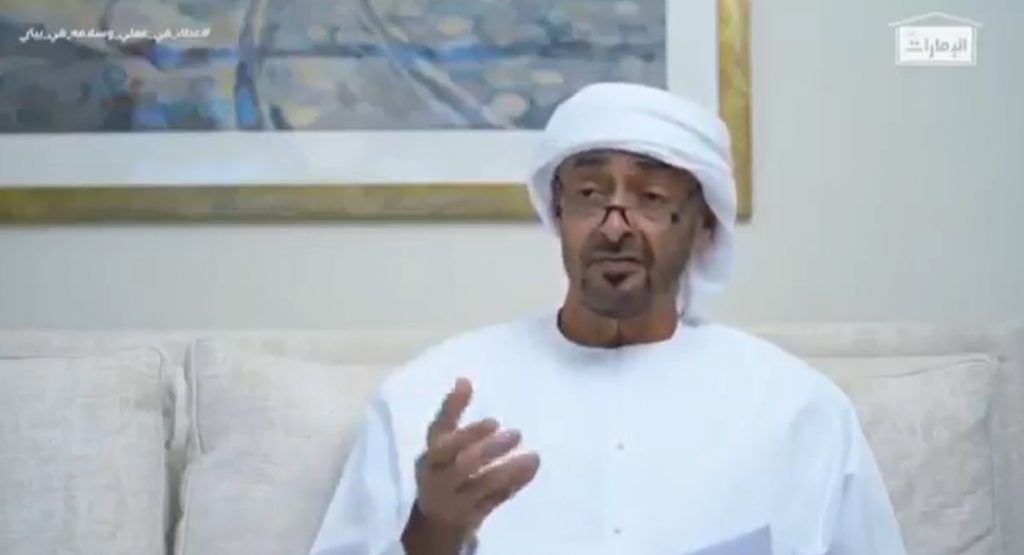 According to H.H. Sheikh Mohamed bin Zayed, Crown Prince of Abu Dhabi, the UAE must break a “habit of excess” in order to ensure the success of the country’s food security strategy.

Hosting his online Ramadan majlis, titled Nourishing the Nation: Food Security in the UAE, Sheikh Mohamed, who is also Deputy Supreme Commander of the UAE Armed Forces, said that every effort must be taken to avoid overuse and waste.

“We have a habit of excess that we need to restrain. If this excess or overspending is for a good cause, like charity, it is good and we support it, but overspending for no reason is bad,” he said.

“This is a key part of the food security strategy: how to think of our various natural resources such as water, food sources, energy and others.

In the light of the current pandemic, however, he stressed the need to restrain such wasteful habits as well as the necessity to differentiate between overspending for a good cause, like charity, and overspending for no reason.

The crucial point is to rein in those habits that are neither constructive to the nation’s restrictions in terms of natural resources nor rooted in Islamic values.

Local food production is a critical issue in the UAE.

Local production is growing but because of the harsh environmental conditions, large amounts of the population’s food needs are imported. Under these circumstances it is particularly important to limit waste and overuse, Sheikh Mohamed repeatedly stressed.

During his online Ramadan majlis with Mariam Almheiri, Minister of State for Food Security, he also said he believed the public would be receptive to the need to move away from unwanted habits. “Food security is a holistic ecosystem that pertains to not only food production, but also addresses the culture of handling food or the culture of rationalism and avoiding overuse and waste,” Sheikh Mohamed said. Rationalising and eliminating overuse required the cooperation of all sectors of society with families, schools and media playing key roles in raising awareness.

The session emphasised the value of supporting local agriculture.

Local farms have ramped up production and more local produce has begun appearing on supermarket shelves. Last month, it was revealed that close to 6 million tonnes of food were produced in the UAE each year, reflecting a growing shift away from a dependence on imported goods. Still, many people do not realise that the UAE grows much food which is not only fresher and therefore has nutritional benefits but also requires far less transport and is thus much less carbon-intensive than imported foods.

The majlis also gave insight into the measures being taken by the ministry to tackle the challenges posed to food security by the Covid-19 pandemic.

As soon as the global pandemic hit, the newly set up Emirates Food Security Council developed an early mechanism system to monitor food imports and local food production capacity potential. Not only have the UAE so far succeeded in feeding its almost 10 million people without any major shortages, but the country is even able to support more severely impacted nations by delivering essential aid.

SDG 14: Conserve And Sustainably Use The Ocean And Marine Resources