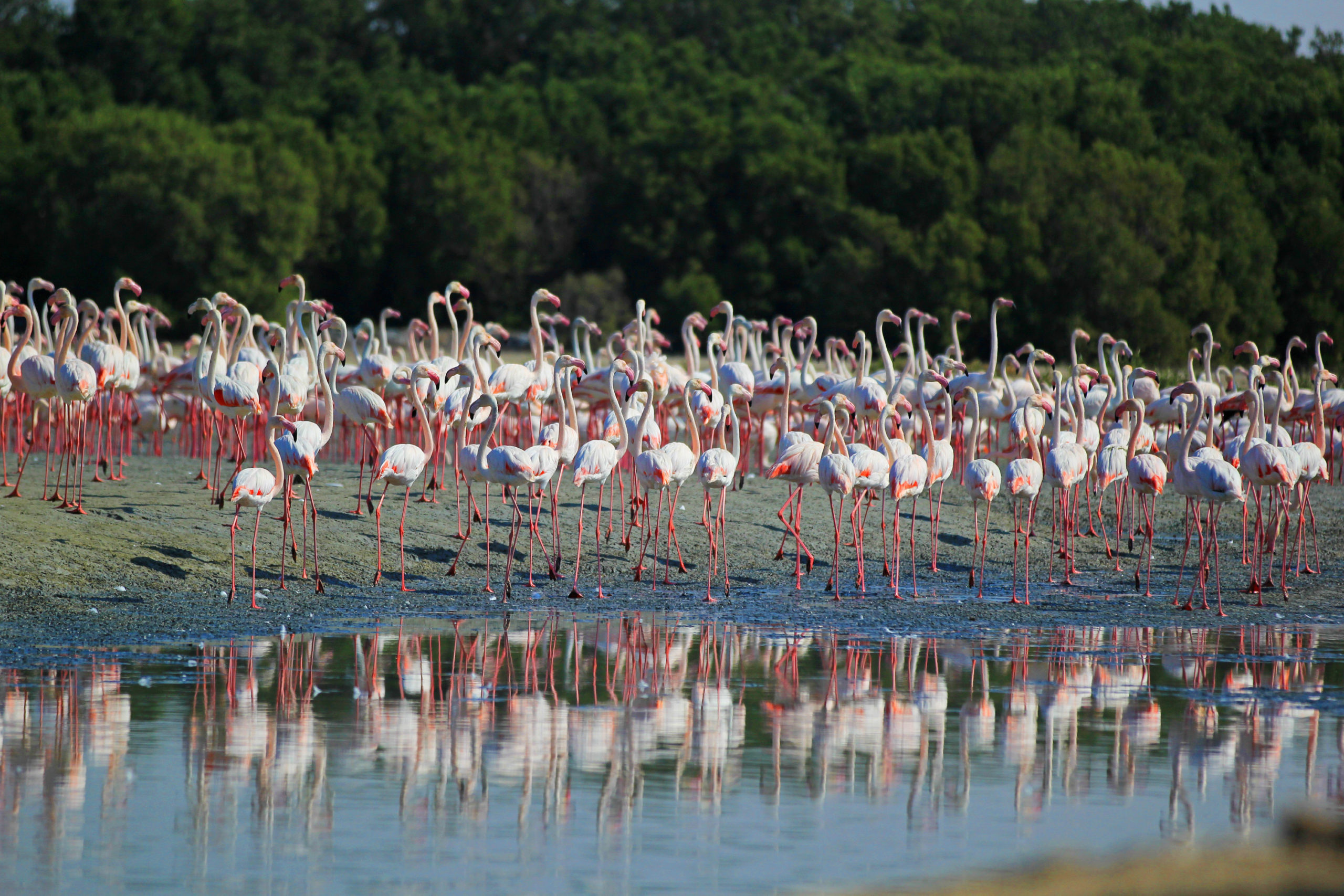 The UAE became a member of the Ramsar Convention in 2007 and since then has pioneered wetland preservation.

The United Arab Emirates host wetlands of international importance. These sites along with 2,316 sites across the world are designated by the Ramsar Convention, an intergovernmental treaty that provides the framework for the conservation and wise use of wetlands and their resources.

Around the world, there are now more than 2,200 designated Ramsar Sites, nine of which are in the UAE. These include marine and island sites, such as Sharjah’s Sir Bu Nair island and the Bul Syayeef complex of islets, mangroves and lagoons west of Abu Dhabi, as well as coastal creeks like Dubai’s Ras Al Khor and Ajman’s Al Zorah. Inland, the Al Wathba Wetland Reserve and the Wadi Wurayah National Park in Fujairah’s mountains provide more diversity, both of habitat and of the species of flora and fauna to be found within them.

Each has its own particular significance. Wadi Wurayah is the home for several of our rarest mammals and birds, including the crested porcupine and the spotted eagle-owl. Al Wathba and Bul Syayeef host the only breeding colonies of greater flamingoes in Arabia. Khor Kalba in Sharjah has breeding turtles and the only known site for one of our rarest lizards and is home to nearly all of the world’s population of a sub-species of the white-collared kingfisher.

The Hatta Mountain Reserve in Dubai is the site most recently chosen for the honour. The Ramsar Convention Secretariat made the announcement on the eve of World Wetlands Day, February 2, 2019.

Hatta, about 130km east of Dubai City, is in the Hajar mountains bordering Oman. The mountains receive about 30% of the UAE’s total annual rainfall. Amid the scarcity of freshwater wetlands in the region, the site represents a rare mountain freshwater ecosystem, which is home to a large number of species. It supports 19% of all the plant species in the country, 79% of its dragonflies, 27% of its birds, 44% of its mammals and 30% of its reptiles and amphibians, some of which are considered threatened. The site is one of the few along the mountain range with breeding habitats for water birds, fish and amphibians.

In addition to the Hatta Mountain Reserve, Dubai has two other sites on the Ramsar List of Wetlands of International Importance: the Ras al Khor Wildlife Sanctuary and the Jebel Ali Wildlife Sanctuary. The latter was added back in 2018 at the Conference of Contracting Parties to Ramsar Convention on Wetlands in Dubai.

Jebel Ali Wetland Sanctuary was established in 1998 and spans nearly 22 sq.km. It is recognised by the Convention on Biological Diversity as one of the Ecologically and Biologically Significant Areas in the Arabian Gulf. With diverse habitats that include coral reefs, mangroves, shallow lagoons, seagrass, oyster beds and sandy shorelines, the Jebel Ali Wetland Sanctuary provides shelter to about 539 species of marine fauna and flora. The area supports the survival of two threatened species of marine reptiles, the green turtle and the hawksbill turtle. Both species use the area as feeding grounds. The sandy beaches of Jebel Ali are main breeding sites for the critically endangered hawksbill turtle in the UAE and the only one in Dubai. 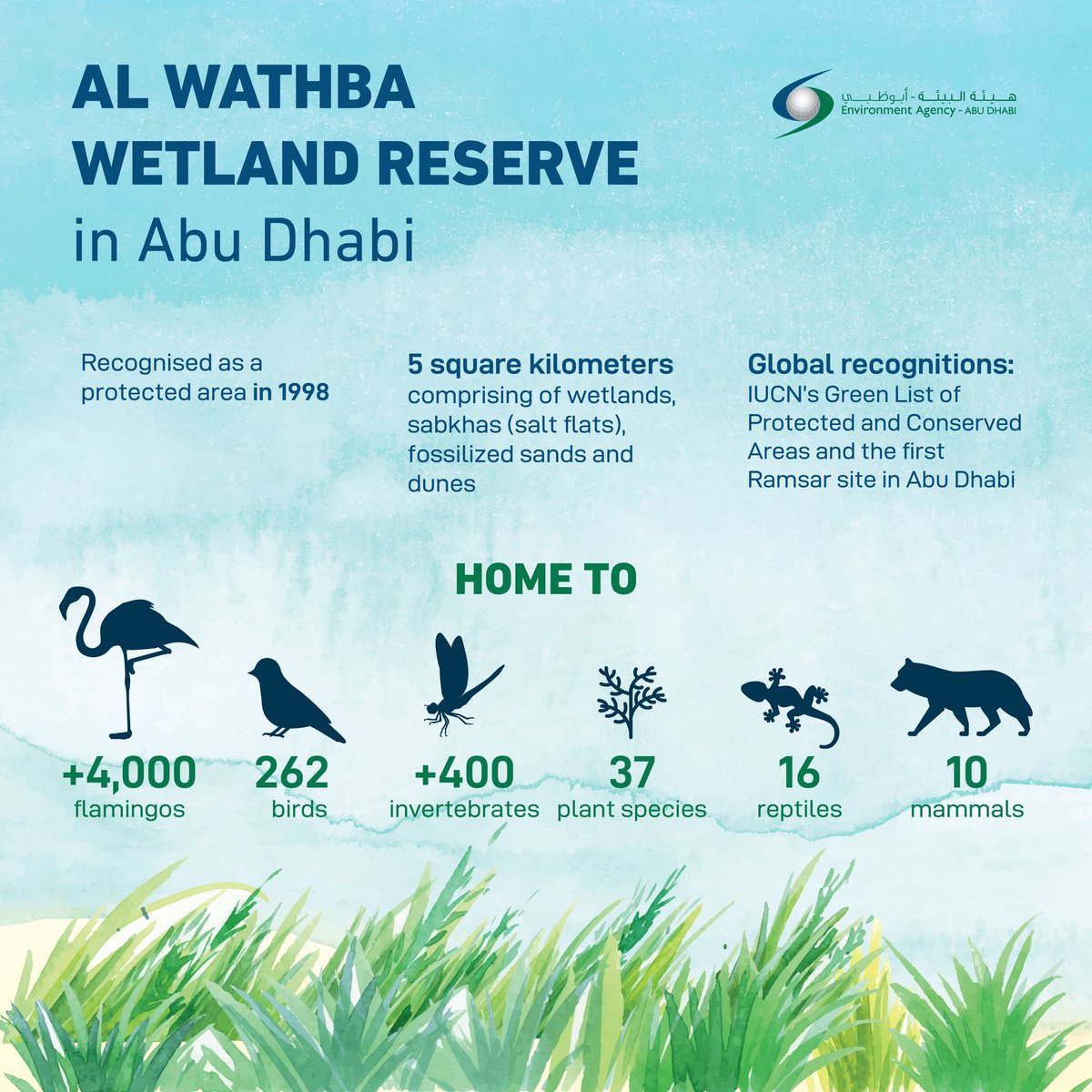 Thani bin Ahmed al-Zeyoudi, UAE Climate Change and Environment minister, said the country’s environmental efforts have led to the designation of 43 protected areas that are internationally acclaimed to provide shelter to many of the species considered threatened by the International Union for Conservation of Nature.

Environmentalists lauded the move as a demonstration of the Emirates’ commitment to a green economy and sustainability.

Mohammad Ali Reza Khan, principal wildlife specialist at Dubai Safari, said: “It is great news for such a developing industrial and economic zone in the Gulf. The efforts of the UAE government are appreciable.”

“The characteristics of the wetlands need to be protected at all costs and not compromised for developmental activities. The UAE has a good record on this front. Most protected areas are divided into core zones and buffer zones. In the latter, limited economic and recreational activities can be carried out in line with developmental goals which do not compromise with nature,” he added.

Wetlands scape in the UAE

Dr. Saif Mohammed Al Ghais, Chief Executive Officer of the Environment Protection and Development Authority (EPDA-RAK), said the decree, which coincided with the UAE hosting the 13th Meeting of the Conference of the Contracting Parties to the Ramsar Convention on Wetlands (COP13), emanates from Sheikh Saud’s keenness to protect the environment and to strike a balance between nature and development.

The Mazahmi wetlands protected conservation area is situated 14 kilometers south of Ras Al Khaimah city and covers 3 square-kilometer . It provide an important habitat and food source for various wildlife species, including flamingoes. It is also home to the critically endangered green turtle, which features in the IUCN Red List of Threatened Species.

Decree No. (44) of 2018 stipulates the prohibition of the acts, actions and activities that would damage or deteriorate the ecosystem and cause wildlife or maritime damages.

The new Decree also states that all the different species as well as the birds and other organisms enjoy the protection of the reserve.

Waste reduction as a priority for the UAE