The 5th of June marks World Environment Day and, like every year, the recurrence has a yearly theme. 2020 is the year dedicated to Biodiversity, as an important reminder of biodiversity’s role in a world facing a plethora of challenges from climate change to overpopulation to food insecurity… In the UAE, the Ghaf tree holds great promise for combating desertification and improving soil fertility in arid environments thanks to its unique qualities.

Considered the UAE’s national tree, Ghaf has multiple uses, including as a key element of agroforestry systems in arid and semi-arid regions. In agroforestry, trees are managed together with crops and livestock, which helps to increase social, economic and environmental benefits for farmers and other land users.

Ghaf’s deep and broad root system means that it can grow in extremely harsh conditions and help fight desertification. What is more, its ability to fix nitrogen improves soil fertility naturally. The tree also helps in the reclamation of areas lost to desertification. It is highly salt-tolerant and can grow in salt-affected soils, of which there are a lot in the UAE and other countries of the Middle East. These are called marginal soils.

Ghaf can play an important role in the fight against desertification as it improves the soil, which, in turn, makes it possible to cultivate different food and fodder crops, including barley, cowpea, sorghum and pearl millet.

However, the tree is under threat due to global warming and an increasing number of camels, which overgraze it. Another problem is that the country’s population boom, among other things, led to groundwater overuse, resulting in dropping water tables beyond the reach of the tree roots. Pollution of both air and water also contributed to a decline in the number of trees in the UAE.

In response, government, non-government and private organizations have been taking measures to secure the future of the tree.

Goumbook, for example, launched the “Give a Ghaf” tree planting program back in 2010 to raise awareness about the problem. As a result, thousands of seeds have been planted at its nursery since then.

The International Center for Biosaline Agriculture (ICBA) has also conducted long-term research on the benefits and uses of the tree. The center completed the first-of-its-kind study of 82 trees growing in 1 sq. km. during 2001 and 2002. The study detailed uses ranging from shelter to forage to wood and fuel.

To see the diversity within the species, 25 different traits of the tree were studied in detail. Data on different characteristics of tree crown, leave, inflorescence, pod and seed were collected during the research. The analysis of the data showed a big variation among Ghaf trees even within a small area. 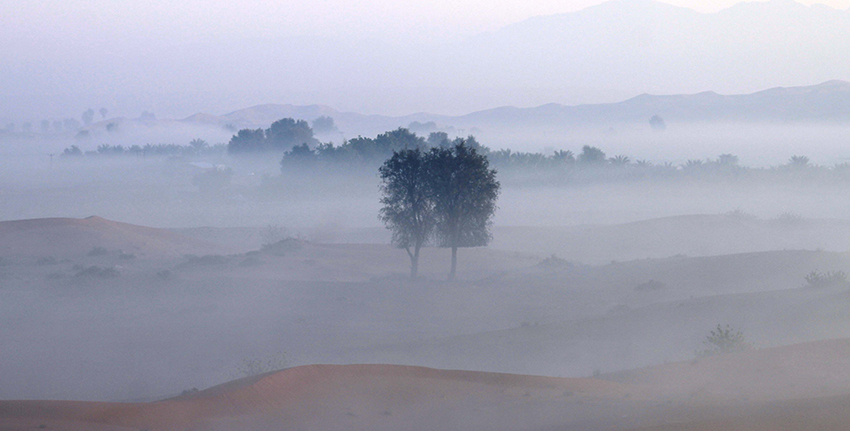 Commenting on the research, Dr. Muhammad Shahid, geneticist and curator of ICBA’s gene bank, explains: “Some plants have a big crown, so you can get more leaves from them, and some trees produce more pods, which can be used as forage for animals.”

“Ghaf is the most important tree of the UAE. It provides shelter to a lot of wildlife, including different birds and animals, and people use the leaves and pods as forage for their livestock,” Dr. Muhammad Shahid adds.

A separate study in 2016-2017 also confirmed the tree’s survival characteristics. Scientists conducted experiments with the seedlings of Ghaf, Neem and Ziziphus to test Cocoon technology in desert conditions. Preliminary results showed that Ghaf had much better performance and higher rate of survival and growth than the other two tree species.

Ghaf’s leaves include 14 percent of crude protein, 20 percent of crude fiber and 18 percent of calcium, which make it highly nutritional for animals such as goats, sheep, camels and donkeys. Bees also use nectar from the tree’s flowers, producing honey deemed a delicacy across the country. Its wood can be used in the construction of houses and boats, and even as fuel.

Before the oil boom, residents of the region would eat the young tender Ghaf leaves and pods as salad or add them to rice as a supplement. It was also used to cure different ailments, including cataracts, dysentery, dyspepsia and toothaches.

“Many good elements can come out of this tree. It is beneficial to the UAE’s environment, as well as to the environments of Saudi Arabia’s eastern region, Kuwait, Qatar and Bahrain,” Dr. Muhammad Shahid concludes.

And that is probably why the founding father of the UAE, the late Sheikh Zayed bin Sultan Al Nahyan, emphasized the importance of preserving Ghaf and encouraged its plantation along highways and in the open desert.

The local government places great importance on the protection of the Ghaf tree: according to UAE Federal Law No. 24 of 1999, it is prohibited to cut wild plants, uproot them or collect them illegally. Strict measures are taken on any felling of local trees with special regard for the Ghaf trees, which has massive adverse effects on the native biodiversity.

In a move to protect the Ghaf tree Dubai Municipality tagged hundreds of Ghaf trees in the city with digitised barcodes to create an online database of the trees. When scanned the barcode reveals information about the tree (i.e age, location) and a sign board is placed near each tree indicating that is it protected by law and that a damages caused without permission from municipality will result is a fine ranging from Dh1,000 to Dh5,000. 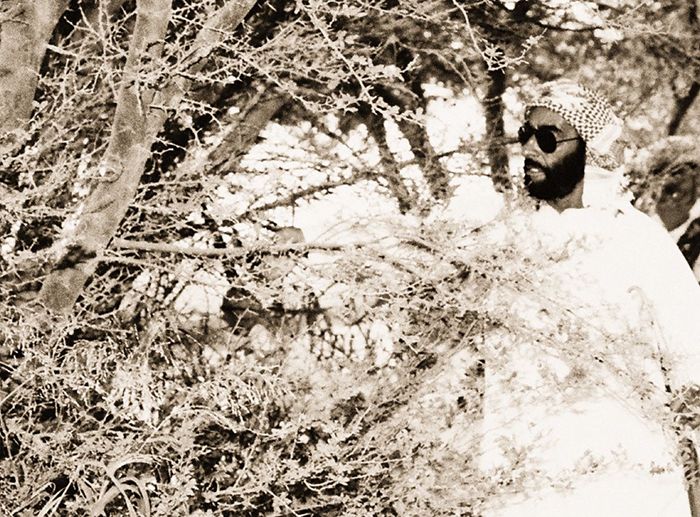 The Ghaf tree was chosen as a symbol of the Year of Tolerance because of the great significance that the tree bears as an indigenous tree. It is associated with popular and environmental heritage. It is a symbol of the stability of the desert and a witness to old customs. The late Sheikh Zayed bin Sultan Al Nahyan has given the Ghaf tree a great importance and has issued laws and regulations prohibiting the cutting of the Ghaf tree throughout the state.

In 2019, the Ghaf Tree was chosen as a symbol for the Year of Tolerance exemplifying its role as a historic and cultural symbol of stability and peace in the UAE’s desert environment. It is also one of the mascots for Expo2020, Salama the Ghaf tree (mascot) represents a beacon of safety for travellers and visitors and, as a meeting place for many generations, helps to forge understanding and tolerance, therefore symbolising Expo’s theme of ‘Connecting Minds, Creating the Future’. Similar to the UAE, she grows and flourishes under all circumstances.

The Ghaf tree has more than one symbolic meaning. It reflects the image of community that caters for the needs of its members. It is also a reflection of the need to come up with local solutions to local problems. It keeps giving year after year, standing amazingly tall and proud in the desert. Ghaf trees are not as aesthetically pleasing as Palm trees but their uses and value far weighs that of other tree species and are being planted all over the UAE now more than ever.

“Death will not visit a man, even at the time of famine, if he has a Ghaf tree, a goat and a camel, since the 3 together are said to sustain a man even under the worst drought conditions” – popular saying

Climate Change Competition for Youth in the UAE