A new book of mine provides a radical new insight into how climate change can be tackled by using the trade system.

Climate Clubs for a Sustainable Future: The Role of International Trade (Kluwer Law International, 2021) argues that making use of existing trading systems is far more effective than initiatives such as the Paris Agreement when it comes to tackling climate change. My research demonstrates that current agreements relating to climate change are ineffective since they are unenforceable. The book sets out why a trading approach to climate change will have more of an impact since they are enforceable.

According to my research, current climate change discussions and agreements, including the Kyoto Protocol, have placed emphasis on ‘responsibility’ that has divided developed and developing nations, but has also been unenforceable. A trade-agreement approach will shift the focus to other factors which the Kyoto Protocol failed to consider including power, diplomatically, politically and economically. According to the book, such an approach would mean there is an incentive to work together to tackle climate change.

We know the science, we know the economics, we know the laws of climate change, but we just don’t know how countries will cooperate on climate change mitigation when agreements are not enforceable. This approach will make equally powerful nations enter into mutually binding agreements, rather than for economically weaker countries to enter potential unbalanced agreements with economic giants. In this connection, the role of international trade in climate change, although universally acknowledged, is not well understood. This groundbreaking book by one of the world’s foremost authorities on international economic law not only investigates this role in great depth, but also explains how free trade agreements can be used as a powerful tool to help mitigate climate change.

According to the research findings, there is also potential for more equality between developed and developing countries.

Under the proposed system, countries that both currently, and in the past, hardly contributed to global emissions may be able to claim exemption from some emission reduction standards.

Focusing on the idea of climate clubs—namely the coalition of the willing—among governments, companies, and/or international institutions, the book Climate Clubs for a Sustainable Future: The Role of International Trade offers insightful analysis on aspects of the trade–climate linkage such as the following:

–      recognizing States that should legitimately be allowed to be free riders; and 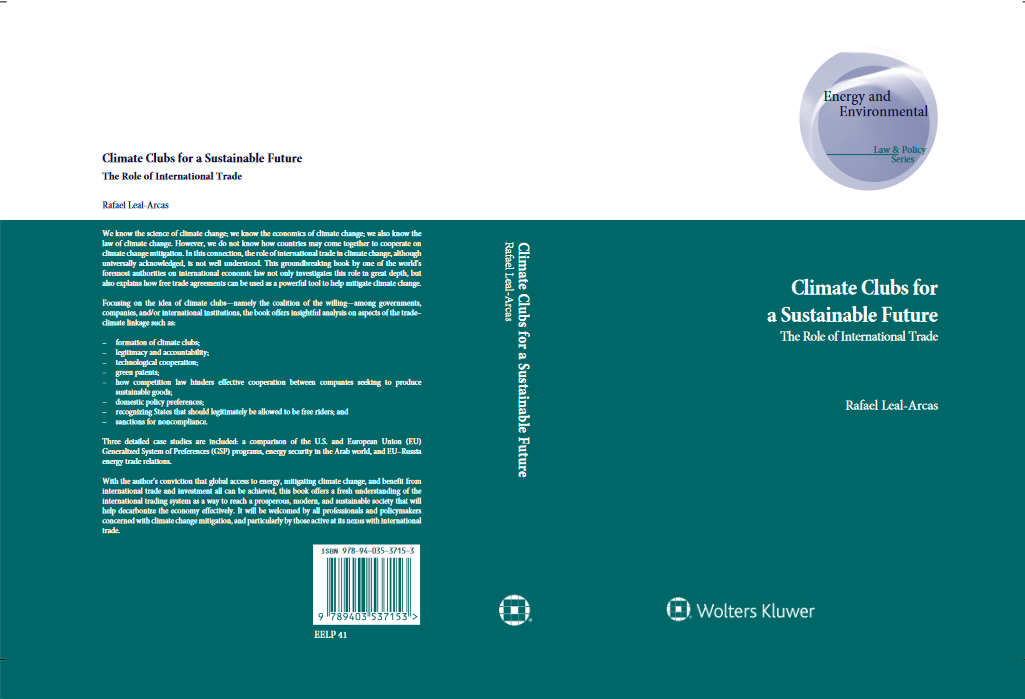 ′Climate Clubs for a Sustainable Future′, forthcoming in October 2021

With the conviction that global access to energy, mitigating climate change, and benefit from international trade and investment all can be achieved, Climate Clubs for a Sustainable Future: The Role of International Trade offers a fresh understanding of the international trading system as a way to reach a prosperous, modern, and sustainable society that will help decarbonize the economy effectively.

It will be welcomed by all professionals and policymakers concerned with climate change mitigation, and particularly by those active at its nexus with international trade. 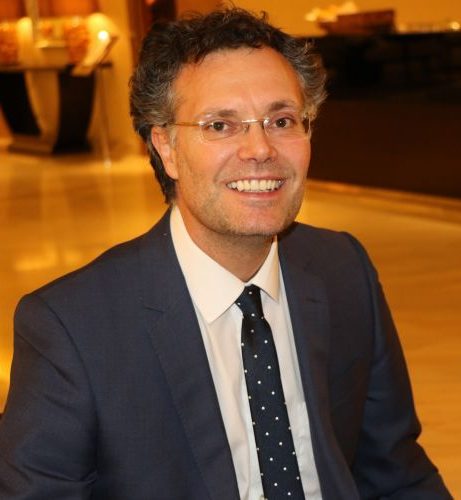 He is also a visiting professor at NYU Abu Dhabi in the UAE and the Inaugural Lee Kong Chian International Visiting Professor of Law at the Singapore Management University School of Law, Singapore.

Dr Leal-Arcas’s research is funded by the EU Commission’s Horizon 2020 program, most notably a grant of EUR14 million as part of a consortium of 21 institutions to work on renewable energy and smart grids. His most recent book is titled Climate Clubs for a Sustainable Future: The role of international trade, to be published by Kluwer Law International later in 2021.

Diets for a better future

Ep.7 Organic farming in the UAE, with Elena Kinane