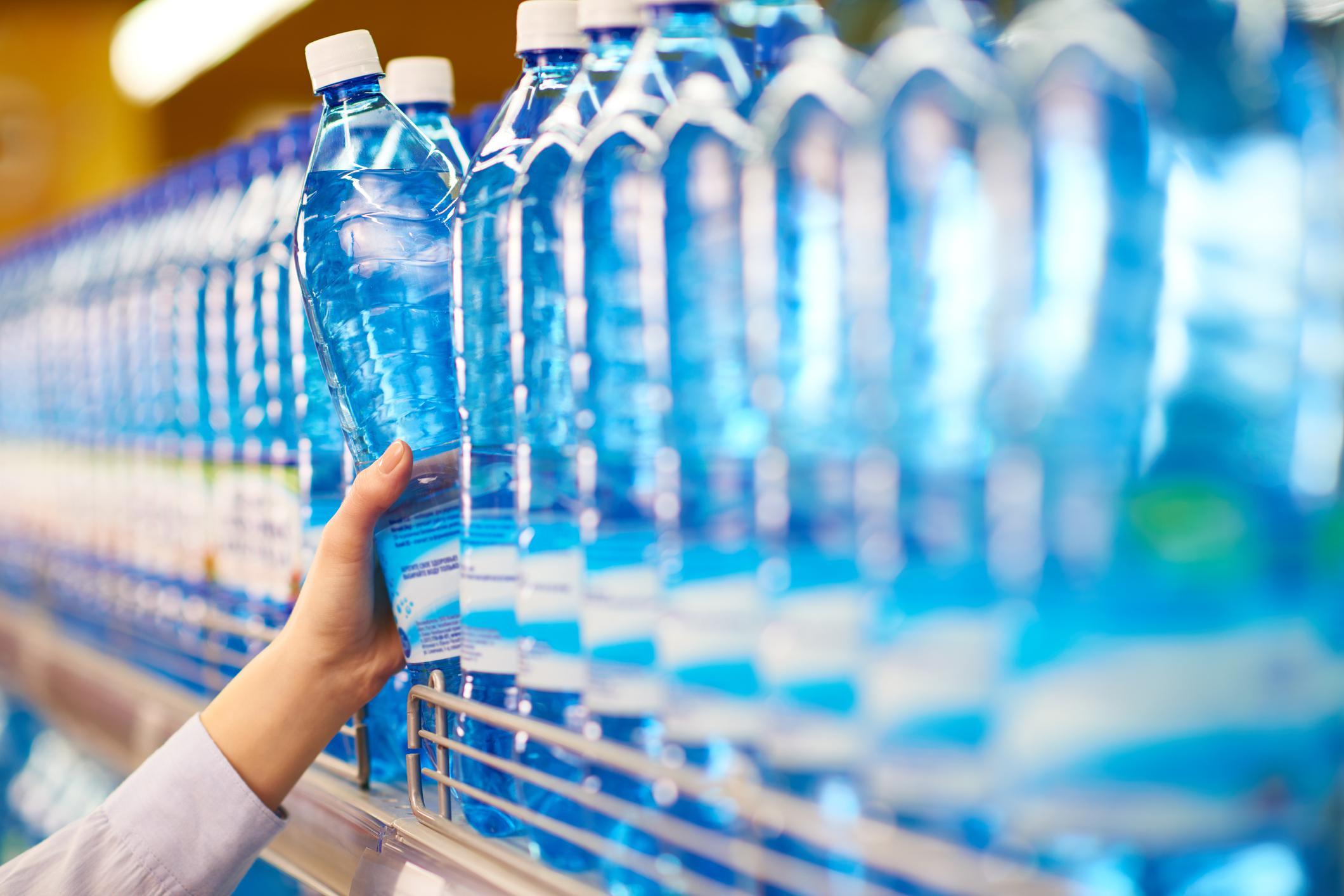 In just a few decades, water went from a common resource to an incredibly popular packaged commodity with a serious environmental footprint.

Around the world, a million bottles of water are sold every minute, and although they’re almost entirely recyclable, most get tossed into landfills, clog up rivers, and sink to the bottom of the sea, taking anywhere from 500 to 1,000 years to degrade.

In just a few decades, water went from a common resource many of us, especially those in the developed world, could access with minimal impact, to an incredibly popular packaged commodity with a serious environmental footprint.

Companies have had enormous commercial success selling us on the idea that water is better bottled. They have marketed their products as healthy, energy-boosting, ultra-hydrating, youth-enhancing, and pure. Today, a true connoisseur can buy a $90 bottle of water extracted from melted Norwegian icebergs, while the average consumer thinks nothing of dropping a buck-fifty on 16 ounces of a liquid that tumbles — healthfully, hydrating — from the faucet at home.

“Companies like Nestlé and Coke are taking the public’s water, putting it in a plastic bottle and marketing it,” said Judith Enck, founder of Beyond Plastics and a former EPA regional administrator under President Barack Obama.

In some ways, their success is the ultimate expression of modern capitalism. At the root of multiple, enormous environmental crises is an industry that has risen to a market value of $160 billion in 2019 by convincing the world to buy something most of us can get virtually for free.

How We Got Sold On Something We Didn’t Need

Around the same time, a historic change in how the product was delivered made it much more convenient. Up until the 1970s, water was being sold in glass bottles or aluminum cans. In 1973, the chemical company DuPont transformed history with a plastic bottle rigid enough to hold water and capable of containing the pressure of carbonation. Polyethylene terephthalate, or PET, was durable and lightweight, and, by replacing heavier containers, opened the floodgates to our current plastic waste disaster.

Selling water became even more commercially viable when, by the 1990s, big-time American players like Coca-Cola and PepsiCo realized the water inside the bottles didn’t have to come from a gurgling natural spring; it could be taken right from the city tap, then filtered, slapped with a label and sold at 30 times the cost at the faucet. 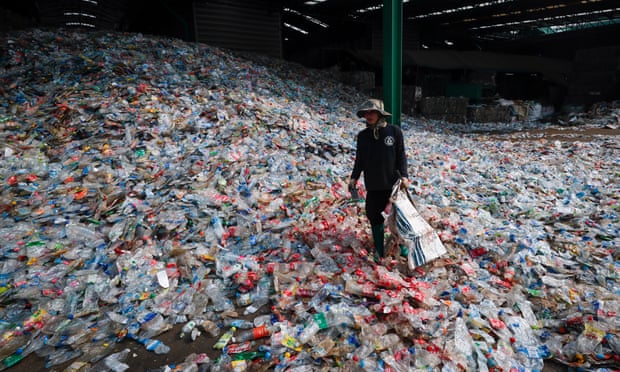 The costs associated with our addiction are astounding, but not always obvious. At a time when the world desperately needs to stop extracting and burning fossil fuels to avoid the compounded impacts of climate change, the voracious production of plastic bottles is propping up the fossil fuel industry.

“As the world shifts more toward renewables and cleaner transportation, the demand for fossil fuel in those sectors is reducing,” Enck said. “So, the fossil fuel industry is banking on plastic production to be their new growth sector.”

In many developing countries where the bottled water industry is growing fast, plastic waste management is often tenuous. In Indonesia alone, more than 3 million tons of plastic waste become litter each year. Recent studies estimate that Asian coastal nations account for more than 80% of the total leakage of plastic into the ocean. 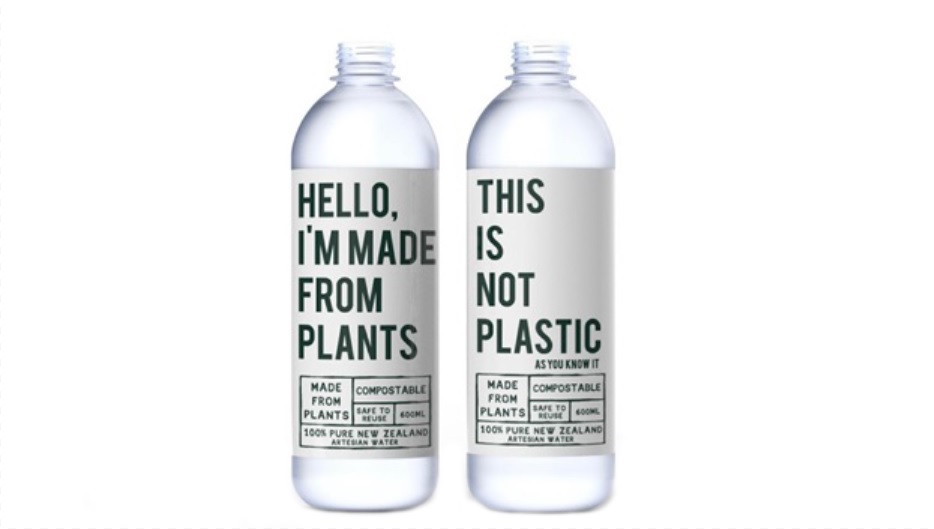 The Quest To Do Better

Some companies are responding by developing ingenious alternatives to fossil fuel-based plastic.

You may have seen the green-capped bottle from Dasani (the water brand owned by Coca-Cola), up to 30% of which is made from living material, like plants (not dinosaurs). Coca-Cola is also supporting the Dutch biochemical company Avantium, which announced this year that it is working on a plant-based plastic that uses no fossil fuels and could decompose within a year.

Plant-based plastics, or bioplastics, are made at least in part from ingredients derived from plants like corn, potatoes, rice, soy, sugarcane, wheat, and vegetable oil. Like PET bottles, they can be broken down and recycled into new material. Some are compostable, and many are marketed as biodegradable ― giving consumers the impression that these bottles are quickly and harmlessly reabsorbed into the environment.

But we should beware of some of these claims, said Nayaran, “The word ‘biodegrade’ has been used and misused. Everything is biodegradable, given the time and the right environment.” In truth, a bottle labeled biodegradable will likely require years in a particular environment to break down.

Compostable bottles, meanwhile, have to be processed in industrial composters, which are not always available. In Denver, near where I live, the recycling service will not take plastics labelled “compostable” and the city’s composting service will not accept plastics of any kind due to the costs of sorting and processing.

So, regardless of the good vibes, you might feel reaching for a beverage with a plant-based label, chances are that bottle is still headed for a landfill, where it will stick around for a long time (unless it blows into the ocean, of course).

The real value of a plant-based water bottle isn’t in what happens after the thing has been used, but in how it was made. More than 90% of all plastics are derived from virgin fossil feedstocks, according to the Ellen MacArthur Foundation. This represents 6% of global oil consumption, or about the amount of oil consumed by the global aviation industry. Building plastic bottles out of renewable crops may at least keep some of that oil in the ground. In 2019, the production and incineration of plastic contributed an estimated 850 million metric tons of greenhouse gases, according to the Center for International Environmental Law.

Other companies are going full circle back to pre-1973 and selling water in aluminum cans. Open Water, for instance, touts the supreme recyclability of its product. At roughly 50%, the recycling rate of aluminum beverage cans is nearly twice that of plastic bottles. Aluminum production, however, requires mining and refining bauxite, a clay-like rock from which aluminum is derived ― it’s an energy-intensive process that has been linked to acid rain.

While reusable alternatives exist, their use lags far behind that of their disposable counterparts. Sales of reusable bottles have increased globally but still, come in at about 4.5% of the disposable market. Meanwhile, as an investment in public infrastructure wanes and publicly maintained drinking fountains disappear, people are left with fewer options.

For those who don’t have access to clean, safe drinking water ― from Flint to Indonesia ― stemming the flow of bottled waste will require more than plastic bans and educational campaigns. It will require overhauling water distribution infrastructure, building latrines, and funding taps in homes to offer clean, safe, and free drinking water to some of the poorest communities.

We’ve been sold on the convenience of a product we didn’t need, and now we’re collectively paying the costs of its unintended consequences, cleaning up its spills and patches.

This article originally appeared on huffpost.com

Youth wanting to change the world, leading by example