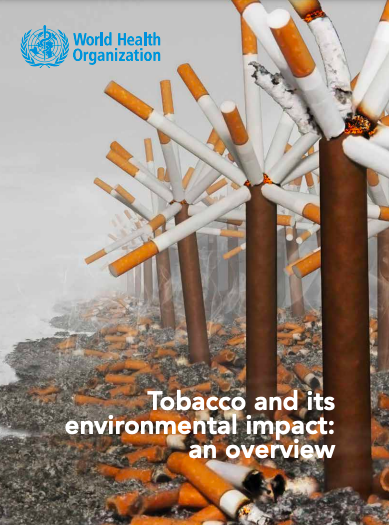 While it is a scientifically established that tobacco use is a threat to global health as the single biggest cause of preventable death, its impact on the environment and the overall human development has yet to be addressed by the international community.

The World Health Organization (WHO) highlighted in a comprehensive study in 2017 the importance of understanding the myriad ways tobacco production and consumption affect human development, including its impact on economic stability, food security, and gender equality. It noted that tobacco is not only about individual wellbeing, but also a global wellbeing concern.

Apart from polluting the environment of its by-products with the littering of cigarette filters which get broken down into harmful content such as chemicals and microplastic, tobacco growing is a threat to forests and biodiversity. The study revealed that commercial tobacco farming occupies a combined 4.3 million hectares of agricultural land globally. It uses extensive amounts of fertilizers and pesticides which contribute to soil degradation.

According to the study, “there is evidence of substantial, and largely irreversible, losses of trees and other plant species caused by tobacco farming that make it a particular threat to biodiversity”, citing incidences of fuel wood shortages related to tobacco production in countries which grow tobacco in Asia and Africa, contributing to deforestation.

It added that chemical pollution from tobacco fields affect waterways, citing evidence in Bangladesh where chemicals used to control pests found in tobacco were found to be polluting marine environments, affecting aquatic life and thereby, impacting their fish supplies.

Study Finds Infants Have Higher Exposure To Microplastics Than Adults

ITP Media Group collected 2,550 cigarette butts as part of the Give & Gain Program