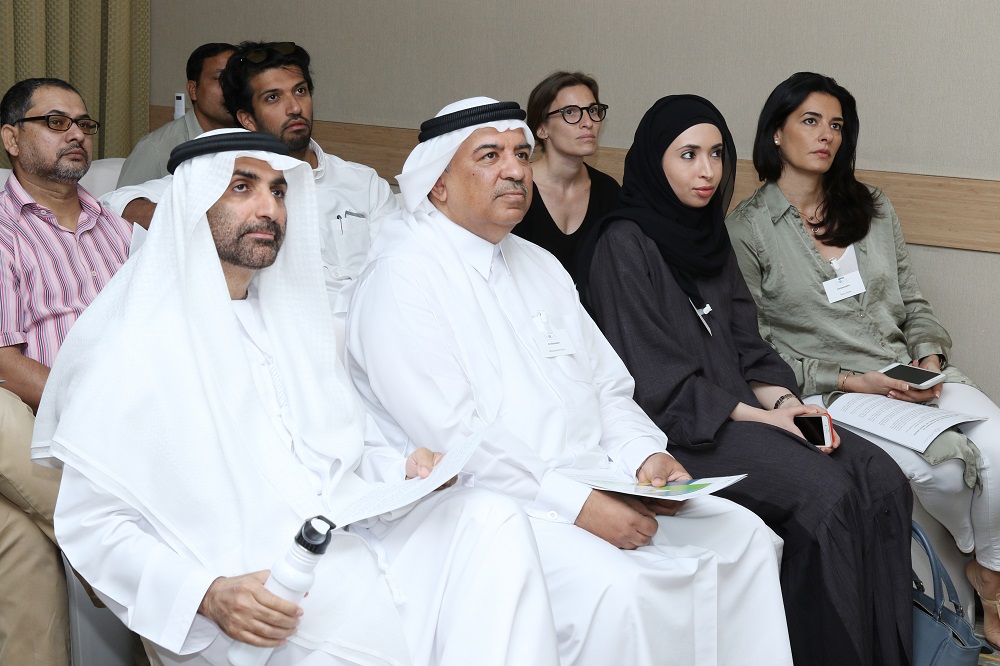 Dubai: A new eco campaign launched on Tuesday dubbed ‘Drop it’ is urging consumers and businesses to drop plastic water bottles in favour of glass receptacles that can be refilled with in-house filtered tap water as a much safer alternative for the human body and the environment.

Plastic bottles leach toxins into human tissue and discarded plastics on land and in the oceans are decimating wildlife that eat non-biogradable plastics, says campaign organisers, Goumbook, a dedicated green not-for-profit organisation in the UAE.

Tatiana Antonelli, managing director of Goumbook, told reporters that 768.1 million water bottles were consumed in 2015 in the UAE, a country with one of the highest consumption rates of bottled water in the world.

In Dubai, alone, there are at least hundreds of different brands, some of which cost more than 1,000 times the price of regular tap water, she said.

Antonelli said her campaign wants individuals and companies to install a variety of filters on taps in homes and office towers to help people refill their glass bottles every day.

“When you have big brands saying we’re going to stop using plastics, people think,” Antonelli said. “The idea is to empower companies … it starts from the top and goes down.”

Members who sign up for the campaign, she said, can ask a ‘Drop it’ water consultant to visit and assess at no charge their home or company. Then a choice of different filter technologies can be selected by the user.

H.H. Sheikh Abdul Aziz Bin Ali Bin Rashid Al Nuaimi, a member of the Ajman ruling family who is also known as the Green Sheikh, lent his support to the launch.

Refusing to use plastic water bottles, he said, will require a major shift in people’s thinking but a new trend of personal environmental stewardship for the environment and health needs to happen now to spur action.

“We can’t wait, we should make a difference,” he said at the launch. “It’s all about behavioural change, it’s all about habits. First, we change habits.”

“Becoming a ‘Drop It’ member means joining a group of visionary leaders that are making a difference and taking actions that will decide what our tomorrow will look like for generations to come, not only in the UAE but all over the world,” he said.

Mohammad Mahmoud Al Noori, director of Partnership Development with Dubai Municipality, said he was excited about the new campaign and expects local government to work closely with Goumbook to reduce plastic bottle consumption in the emirate.

“We can’t do it alone,” Al Noori said, referring to a slew of environmental measures already in place by the municipality such as the highly popular push to reduce plastic bags.

“This is a very good start. We will support the campaign as much as we can and work together to help reduce their use of plastic bottles.”

Al Noori said he will encourage all departments at the municipality to become involved as well as to work with Dubai Electricity and Water Authority (Dewa) on the campaign.

The ‘Drop It’ campaign will also donate 5 per cent of all corporate memberships to funding a water project under the Charity Water umbrella to bring safe, drinking water to global communities in developing nations.

The campaign is already supported by a number of organizations that are based and operate in the UAE, said Antonelli, noting AccorHotels, Careem, and Beco Capital have all joined the effort. 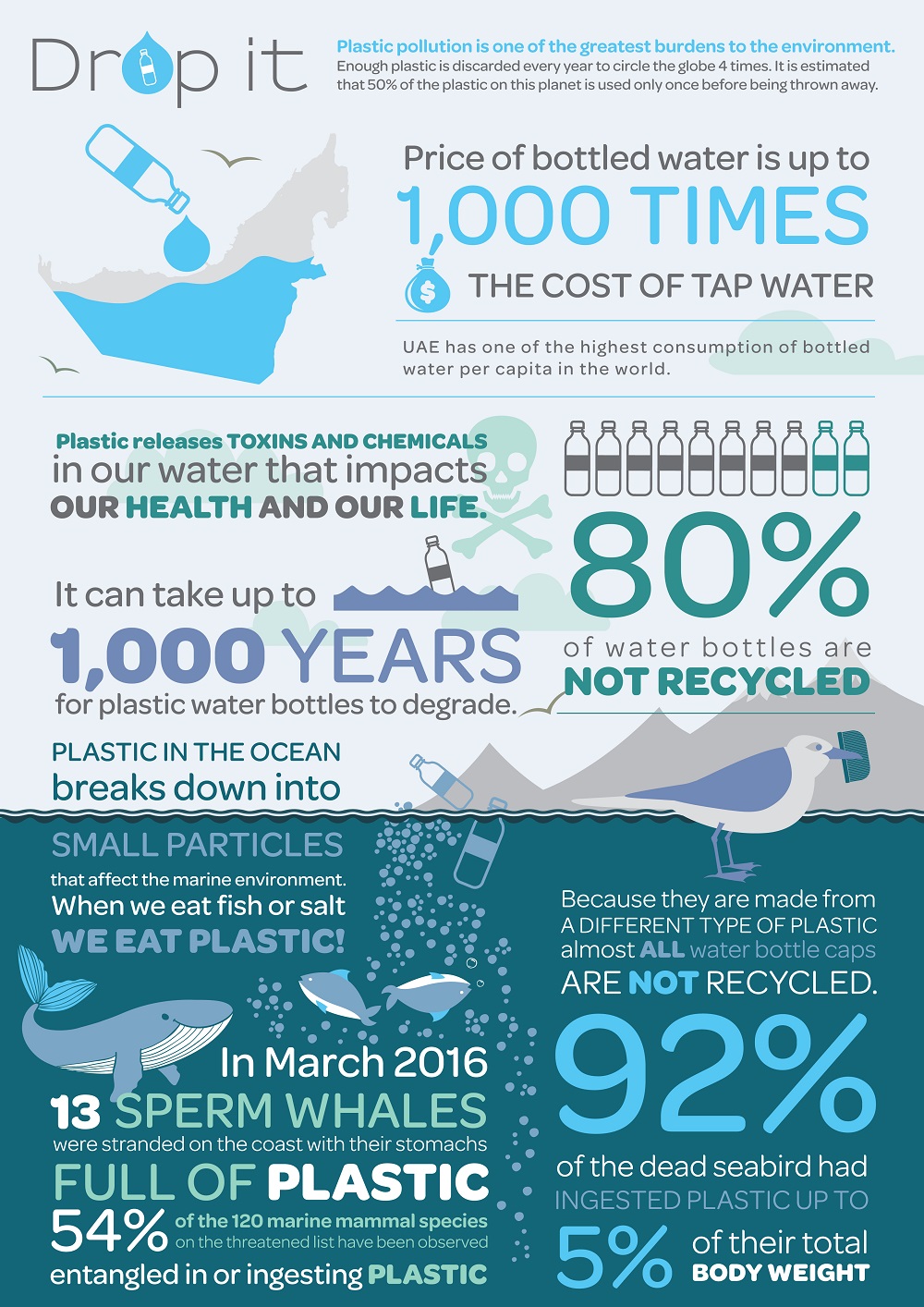 Youth contribution to localising the SDGs

Introducing another sustainable production of green, clean, and locally-sourced crops in the UAE