The species was formerly only known in the UAE from Ras Al Khaimah.

Studies by the Environment Agency – Abu Dhabi, EAD, have identified a single example of a species of tree not previously recorded in the Emirate. It is believed by local inhabitants to be over 100 years old. 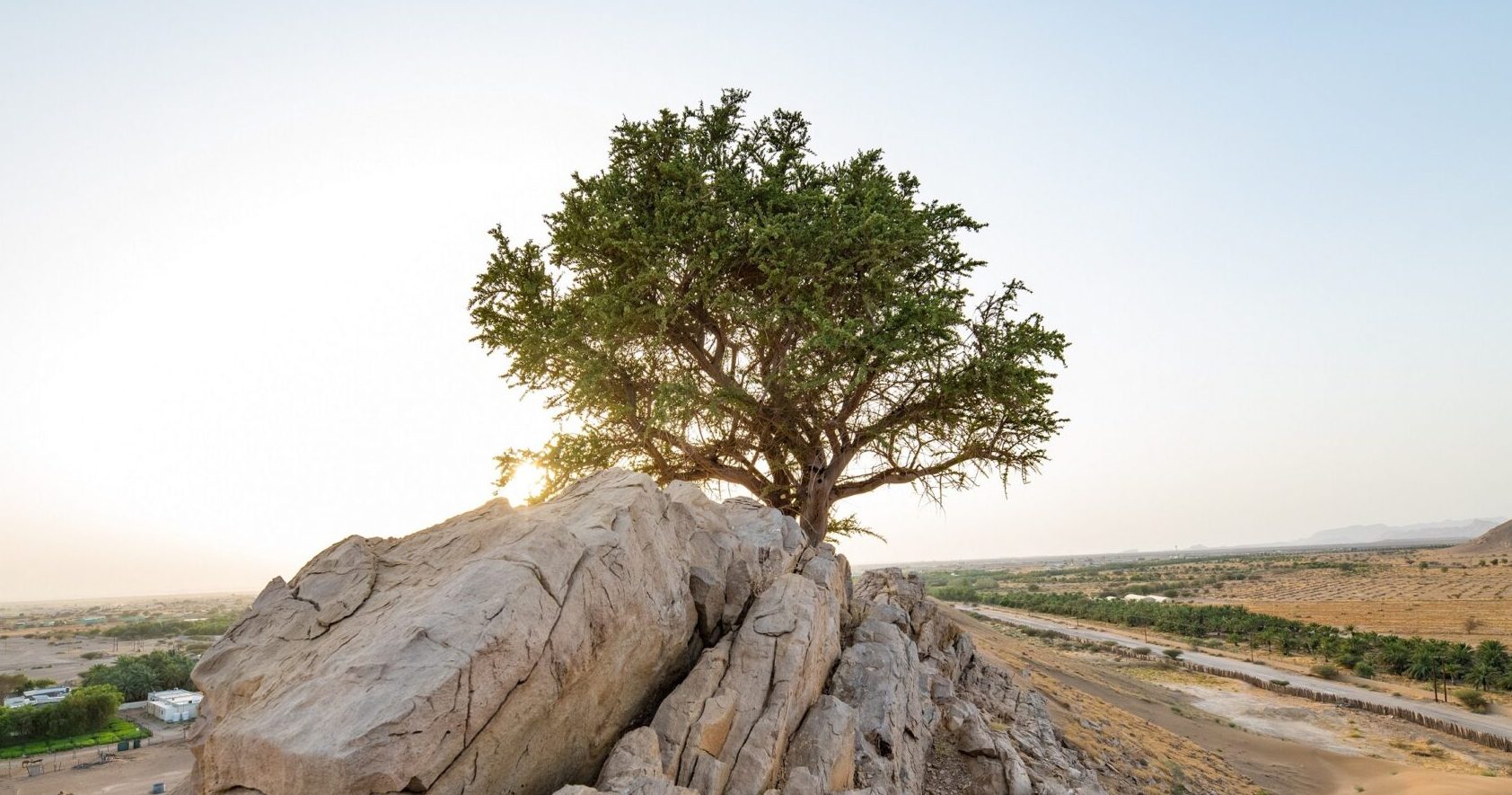 The tree, known locally as Al-Sarh, is a member of the caper family, with the scientific name Maerua crassifolia. It is called Al Maroud in standard Arabic, the origins of its scientific Latin name. The species was formerly only known in the UAE from Ras Al Khaimah.

The Agency’s fieldworkers found the tree growing in a rocky formation in the Malakat area, east of Al Ain and close to the UAE’s border with the Sultanate of Oman. Access to the area is difficult, which has probably helped it to survive.

Inhabitants of Malakat said that they remembered using its delicate branches as an instrument to put on eyeliner.

According to ‘The Comprehensive Guide to the Wild Flowers of the United Arab Emirates’, a book published by EAD’s predecessor, the Environmental Research and Wildlife Development Agency, ERWDA, in 2003, other traditional uses included boiling of its leaves to produce a drink to treat colic and powdering its leaves to make a poultice to ease pain arising from bone fractures.

Announcing the discovery, Dr Shaikha Salem Al Dhaheri, Secretary General of EAD, said, “EAD is preparing an in-depth study on the current state of the tree and devising a conservation plan for this species. We will also work with scientific research centres in local universities to attempt to multiply the number of trees through the use of its existing tissue.”

If propagation is successful, EAD will seek to plant further trees in carefully-selected areas, she said.

Growing up to nine metres high, the Al-Sarh is an evergreen tree with small oval leaves, a leathery texture and dense branches. The branches give the tree a spherical green crown that provides a perfect shade footprint when its growth is complete. Its single flowers grow in January and February and turn into small, prickly fruits that ripen in March and April.

The species grows widely across Africa, although numbers are declining in Egypt, where it was once considered sacred by the ancient Egyptians. It is also found in the Arabian peninsula, particularly in Yemen, and in Jordan and Palestine. The UAE and Oman are at the extreme eastern end of its range.

Towards a ‘Food Secure’ future