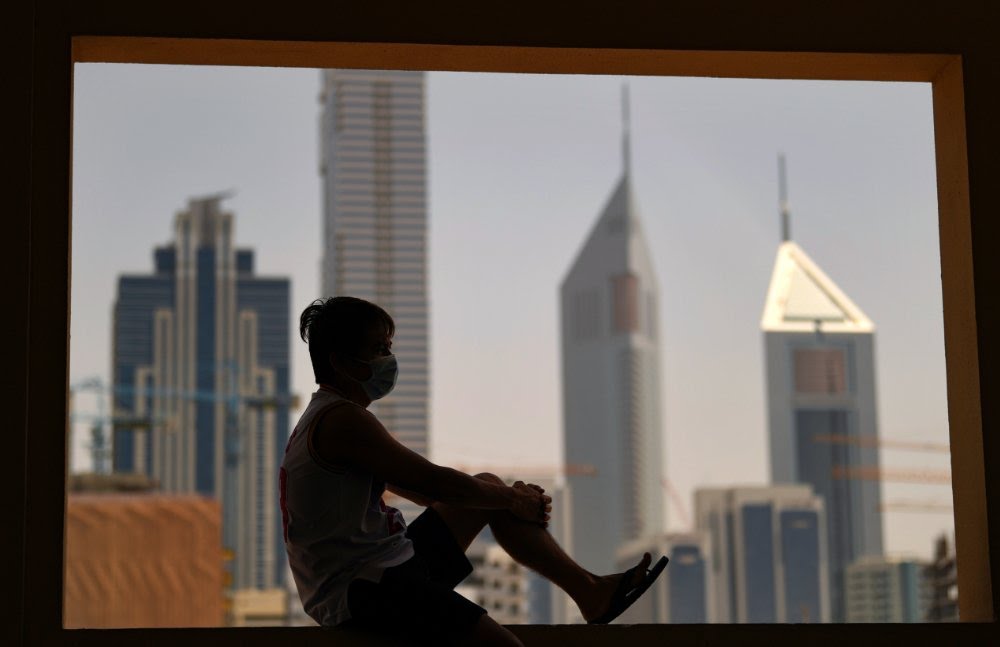 Those that failed to deliver during the pandemic must embrace the three I’s: investment, infrastructure and innovation

WASHINGTON, DC: If you are looking for something new in human history, look no further than mass urbanization. Large, bustling, urban metropolises with millions of residents have become such a common feature of our world today that it’s easy to forget how new they are.

Today, some 55 percent of humans on our planet live in cities, and we are headed for two out of three people on earth as urban dwellers within a generation.

Cities are vital to our well-being. They are centers of innovation and job-creation, and generate some 80 percent of global GDP. It is no exaggeration to say that our global economy is a collection of city economies.

According to some estimates, over the past three decades, some 2 billion people have moved from countryside to city.

If one were to paint an iconic image of our times, it should involve a newly arrived migrant to a city, preferably an Asian city with a dramatic skyline, airplanes in the sky, high-speed trains in the distance, the drumbeat of globalization in the background.

Most of the world’s rapid urbanization over this time has taken place in Africa and Asia, including, of course the Middle East and North Africa (MENA). In the MENA region in the 1960s, roughly 35 percent of the population lived in cities.

Today, almost two out of three people from the region live in cities — higher than the global average. If we can point to one defining long-term trend over the past four decades in the MENA region, it should be rapid urbanization.

Now, the city itself, of course, is not new. In fact, the first agglomeration of peoples that came together in what we might call cities grew in the fertile crescent region of Iraq some 7,000 years ago.

But what of the Arab world city today? How has the region fared in this historic trend of mass urbanization, and how have the region’s cities handled the COVID-19 pandemic?

Broadly speaking, with a few exceptions in the GCC states, the Arab region’s cities have fared poorly compared with their counterparts in East Asia, but have kept pace with other cities in the developing world.

Let’s take a look at the biggest city first: Cairo. With a metro area population of more than 20 million, Cairo is the Arab world’s only megacity, defined as an urban agglomeration of 10 million or more people.

There are some 33 million megacities in the world today, mostly in East and South Asia.

Megacities are centers of growth and innovation, prosperity and knowledge, but they also present myriad challenges from pollution and congestion to income inequality and massive infrastructure needs. 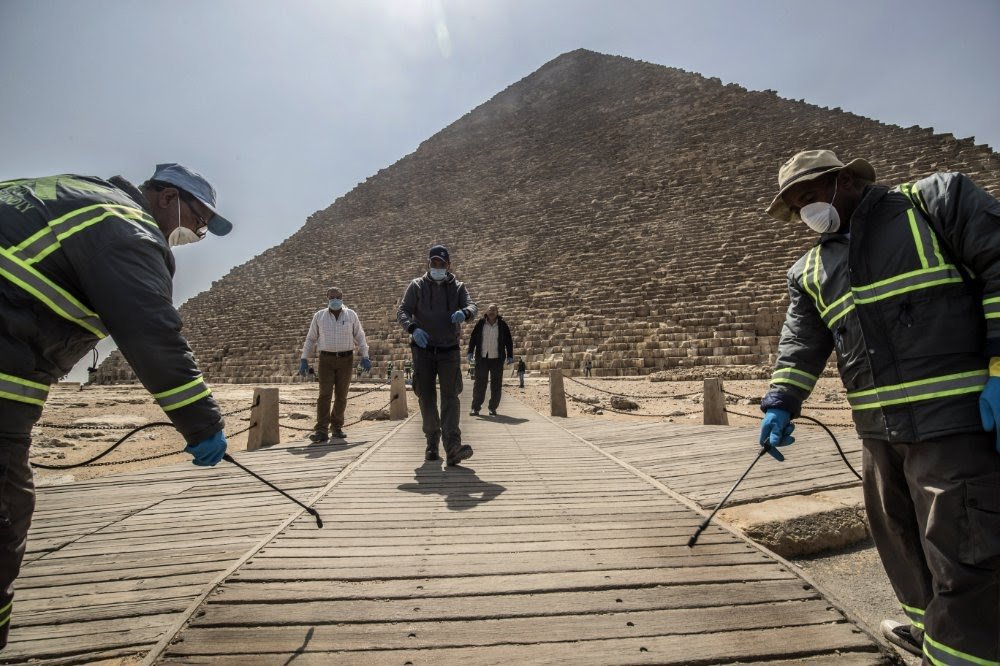 Cairo’s population is roughly the same size as Beijing, but its GDP is roughly a quarter of the Chinese capital, according to a McKinsey study.

In Cairo’s case, according to a study of regional cities by Karim Elgendy and Natasha Abaza, the city “has continuously failed to capitalize on the agglomeration benefits afforded by its population size.”

Egypt’s response to the COVID-19 pandemic has been poor. In a dispatch from Cairo by Declan Walsh of the New York Times, he writes that as patients came streaming through hospitals, “resources were alarmingly scarce. Doctors lacked protective equipment, often making do with a single mask for a 24-hour shift. Testing kits were in short supply.”

National testing has been extremely low in Egypt, far behind Iraq, Jordan or even war-torn Libya. Still, anyone who has visited Cairo will understand one basic fact: its people have often been ingenious, inventive, and remarkably entrepreneurial in difficult conditions.

Rather than giving the “Person of the Year” honor to a predictable choice like President-elect Joe Biden, Time magazine should have honored the frontline medical worker in developing countries from Cairo to Karachi who have battled this deadly disease with little national government support.

It has become axiomatic to point to Dubai and Abu Dhabi as leaders. The recent Kearney Global Cities Report and Index — a comprehensive study that ranks cities across 29 metrics of global connectivity — ranks Dubai 27th globally, the only regional city to make the top 30.

Of particular note this year has been the meteoric rise of Abu Dhabi. The UAE capital ranked seventh this year in Kearney’s Global City Outlook Index, ahead of major cities like Amsterdam, San Francisco, Berlin and New York.

The Outlook report focuses on “cities on the rise” and Abu Dhabi’s leap from number 20 to 7 within a year has been “driven by long-term investments in economic performance and diversification.”

The UAE has been a leader worldwide in handling the coronavirus pandemic through its comprehensive national testing programs, contact tracing, and healthcare infrastructure response. The Australia-based Global Response to Infectious Disease Index ranked the UAE among the top 10 countries worldwide in its response to COVID-19, on par with the likes of New Zealand, Singapore, Norway, Japan and Taiwan.

A key lesson to Dubai and Abu Dhabi’s success has been the relentless building of infrastructure. According to AT Kearney, the two UAE cities topped the world in the infrastructure metric. Riyadh also deserves mention here. The Saudi capital has been rapidly growing its infrastructure.

Riyadh’s first metro lines are on course to open in 2021, and major infrastructure projects to decongest roads and grow the airport suggest a transport-oriented urban policy that will serve the capital well over the long term. 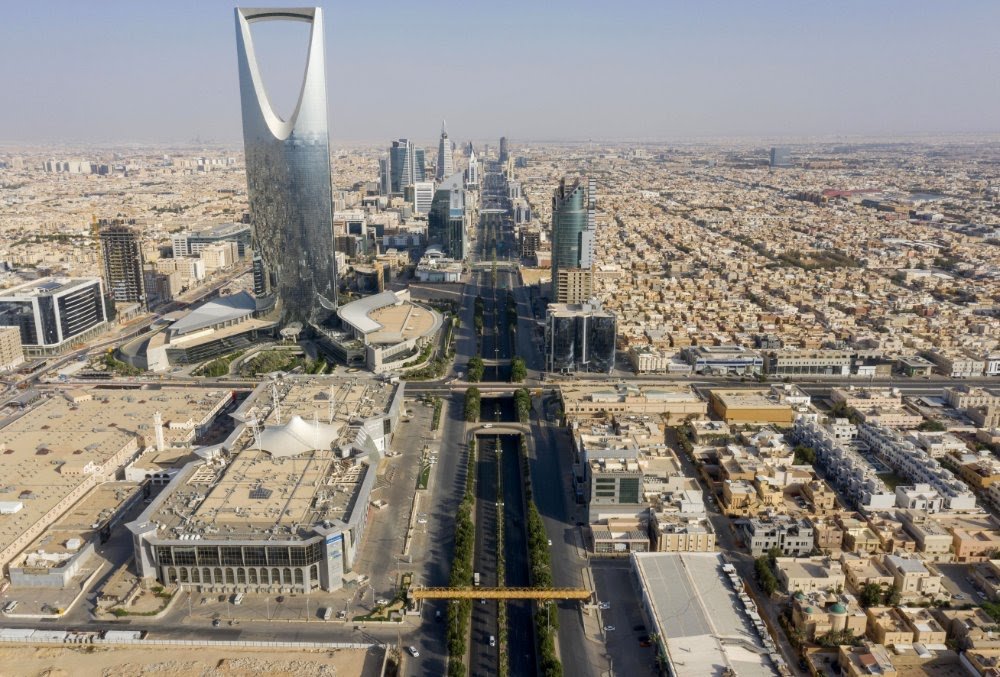 With a metro area population of roughly 7.2 million, Riyadh ranks as one of the top five largest cities in the region, while Jeddah metropolitan area makes the top 10. Both cities would benefit from a simultaneous drive of decongestion (of roads) and expansion (of global trade networks).

A recent report by Euromonitor International points out that the next regional megacity could be Baghdad. Unfortunately, Baghdad, like other historically rich and cosmopolitan cities like Beirut or pre-war Damascus, has largely lagged in its provision of services and infrastructure for its people.

Like Egypt, however, these countries are rich in human resources that can — if allowed to grow — can unleash tremendous innovation.

Following infrastructure, this leads us to the second “I” word — innovation. Any city of the future must be relentlessly innovative.

The global geostrategist Parag Khanna told me: “Even at the height of the pandemic, it’s become clear that several cities — notably those in the Gulf — have the resources and strategic willpower to invest in their future infrastructure and areas of innovation. There are very few such places in the world today.

Cities of the future must embrace the three “I”s — investment, infrastructure and innovation. Cities need to invest in education, healthcare, human resources, capacity, technology and a whole host of other sectors to build resiliency.

Perhaps most importantly, cities must invest and target infrastructure and innovation. Large-scale infrastructure projects are costly, but when planned well, they reap benefits for generations.

As for innovation, regional cities should create the right mix of regulatory policies that would allow the region’s natural entrepreneurs to flourish.

In fact, author and geo-economic strategist Michael O’Sullivan told me that the MENA region should ride the wave of the growing e-commerce economy fueled by the pandemic by investing more in fintech and medtech, and other e-commerce industries.

This is sound advice, one rooted in history. After all, the great cities of the region have historically been on the cutting edge of trade and innovation networks.

There is really no “secret sauce” to building more vibrant, prosperous, resilient cities.

The difference today will be between those who can execute their plans, and those who, for reasons of inertia or mismanagement or corruption, fail to deliver for their people.

This article originally appeared on arabnews.com