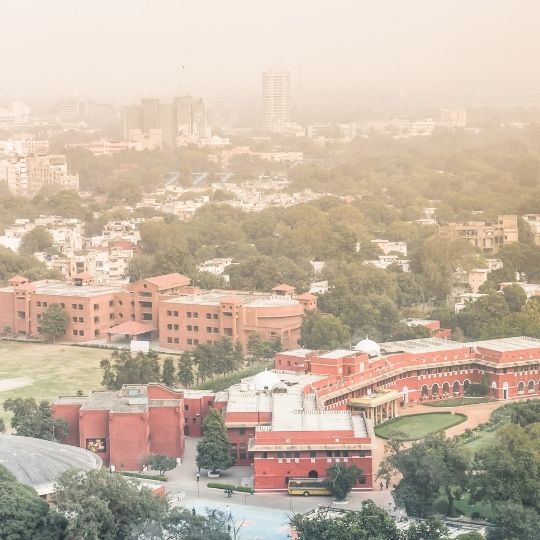 While plastic waste has become a menace to water ways around the world, a new study by scientists in Indian cities has shown that plastic and its burning has been contributing to the haze and fog and causing poor air quality and visibility in places such as New Delhi and Chennai.

The high concentration of particulate matter in some of the world’s most polluted cities such as Delhi and Beijing often cause low visibility, making it difficult for residents to breathe and see.

The latest research published in Nature Geoscience revealed that the burning of plastics from household waste and other industrial processes are responsible for about 50 per cent of smog pollution in Delhi.

Scientists who conducted the study noted that the high concentration of gas-phase hydrochloric acid emitted from burned plastic have been identified as the source of the pollutants.

Professor R Ravikrishna of the Department of Chemical Engineering, IIT Madras, who participated in the study, was reported as saying: “Generally, for a polluted urban region like Delhi, one would expect sulfate to be highest inorganic fraction of particulate matter, however, we found chloride to be the highest inorganic fraction of particulate matter.”

In developing countries where there is no proper waste disposal, people often use open dumps and burn them to eliminate the waste, which often contain plastic particles. Setting plastic on fire produce thick black smoke which exposes its origins as a fossil fuel-based product and contribute to air pollution.

They also cited that excessive chloride in the atmosphere could promote chemical reactions with other air pollutants and impact the food chain. The researchers further suggested in their study that identifying and regulating the emissions of gaseous hydrochloric acid is critical to reducing the poor air quality and improving the visibility to human health in India.

Dubai Sharpens Initiatives On Creating A Digital And Circular Economy

Atlantis The Palm joins Dubai Can!