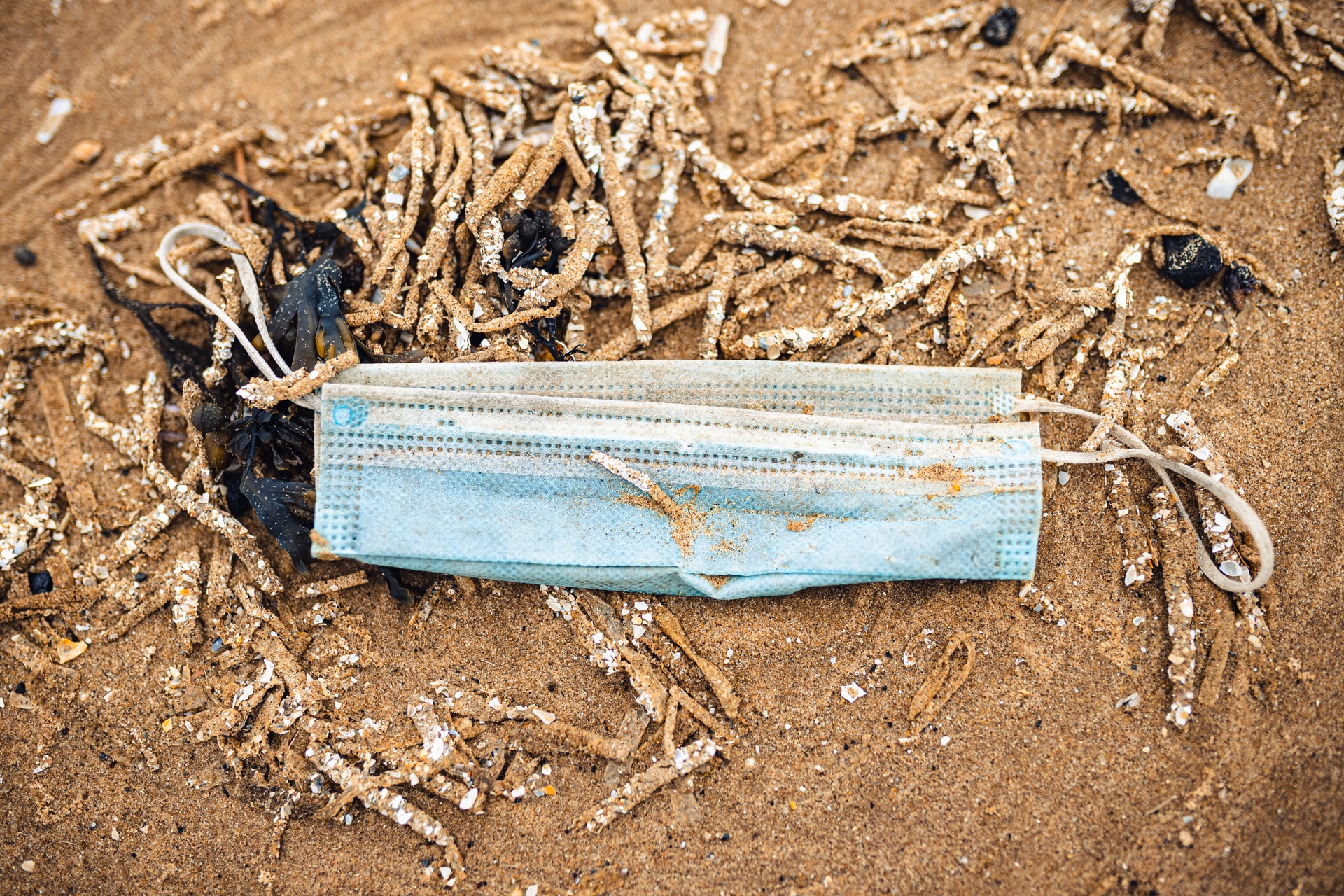 A drastic increase in use of masks and gloves, plus a decline in recycling programs, is threatening the health of the seas

Eight million metric tons of plastic waste enter the oceans every year. This equates to one garbage truck’s worth of plastic being dumped into our oceans every minute. The total weight is the equivalent of 90 aircraft carriers. On top of that, models project that by 2050, there will be more plastic by weight than fish in the oceans.

This is tragic for many reasons. Whales, fish, seabirds, turtles and many other animals are eating the plastic and dying en masse. There are many studies in process exploring the relationship between human health problems and consuming fish that contain microplastics (bottles and other single-use items that have broken down). Oceanic ecosystems around the world have been ravaged by plastic waste.

COVID-19 triggered an estimated global use of 129 billion face masks and 65 billion gloves every month. If we stitched together all of the masks manufactured already, and projected to be produced, we’d be able to cover the entire landmass of Switzerland.

The practical problems with gloves and masks finding their way into our rivers and oceans is that they can easily be mistaken for jellyfish, a favorite food of sea turtles. Because of their elastic components, masks also have increased risks of entanglement for a wide variety of fish, animals and birds.

And that’s just PPE. When it comes to the rapid rise in single-use plastic resulting from COVID-19, the story gets even more complicated.

The oil market collapsed, making plastic cheaper to use than ever.

COVID, along with OPEC politics, has contributed to a global crash in the oil markets. Oil and natural gas (the latter of which was already at record low prices pre-COVID) are the key raw materials used to make plastic. Their all-time low cost has increased the price disparity between alternative materials (think cellulose, seaweed) and virgin plastic, which has always been the most inexpensive way to package goods. To be financially competitive in the marketplace, it is now extremely advantageous to package your goods in newly made, cheap virgin plastic.

Single-use plastic use is going through the roof as a result of increased takeout.

With the economic crisis making the average consumer more price-sensitive, affordable goods are taking precedence over environmentally friendly ones. Since grocery items that come in plastic are universally less expensive, those items are the go-to for cash-strapped shoppers. And while takeout has been the saving grace for many restaurants, it’s also contributing to the growing heap of single-use plastic globally. Much of this kind of plastic is not recyclable. 2020 is on pace to see 30 percent more waste than 2019.

Recycling systems around the world are starting to break down because of COVID-19 budget strains. So, where does all this extra plastic go?

In the Western world, much of it ends up either in landfills (in North America) or incinerated (in Europe), and a small amount—10 percent on average—gets recycled. The U.S. has about 9,000 recycling facilities, most of which are run by municipalities and tied to local budgets. As states bear the brunt of COVID-19-related health and unemployment costs, some municipalities are suspending their recycling services.

In the developing world, plastic often ends up mismanaged in open dumps, eventually leaking into the environment, ultimately making its way into rivers and then into the oceans. Much of the minimal funding directed to waste management infrastructure in developing economies has been reappropriated as a result of the virus. So, what happens in the U.S. and Europe is even further amplified in Indonesia, Brazil, India, Kenya, Guatemala and Haiti.

Fifteen million waste pickers in the developing world pick up plastic off the streets; out of massive open landfills; and, in many cases, off beaches. In recent months, some waste-picking communities have been forced to pick up twice as much plastic as they once did for the same amount of money. In some cases, this discourages them from picking up plastic at all, as other materials are more valuable.

As far as ocean plastics solutions go, waste pickers are an integral piece of the puzzle—the last line of defense between plastic waste and the oceans. Given current market conditions, many are not able to play this vital role.

Combine the breakdown of the recycling infrastructure in the West and in the developing world with the COVID-19-related explosion of single-use plastic, and you have a plastic tsunami gaining strength in our oceans.

Transparent supply chains are the first step, and need to accelerate rapidly.

There is hope and progress, and some key solutions and programs are paving the way for change. A critical project led by the World Wildlife Fund (WWF) took shape in June. The initiative, called ReSource: Plastic, mostly flew under the radar in a news cycle largely covering the virus, the social justice movement, and the most important presidential election in our lifetime. While it may not have made the waves it deserved in the media, the initiative is a huge step forward. 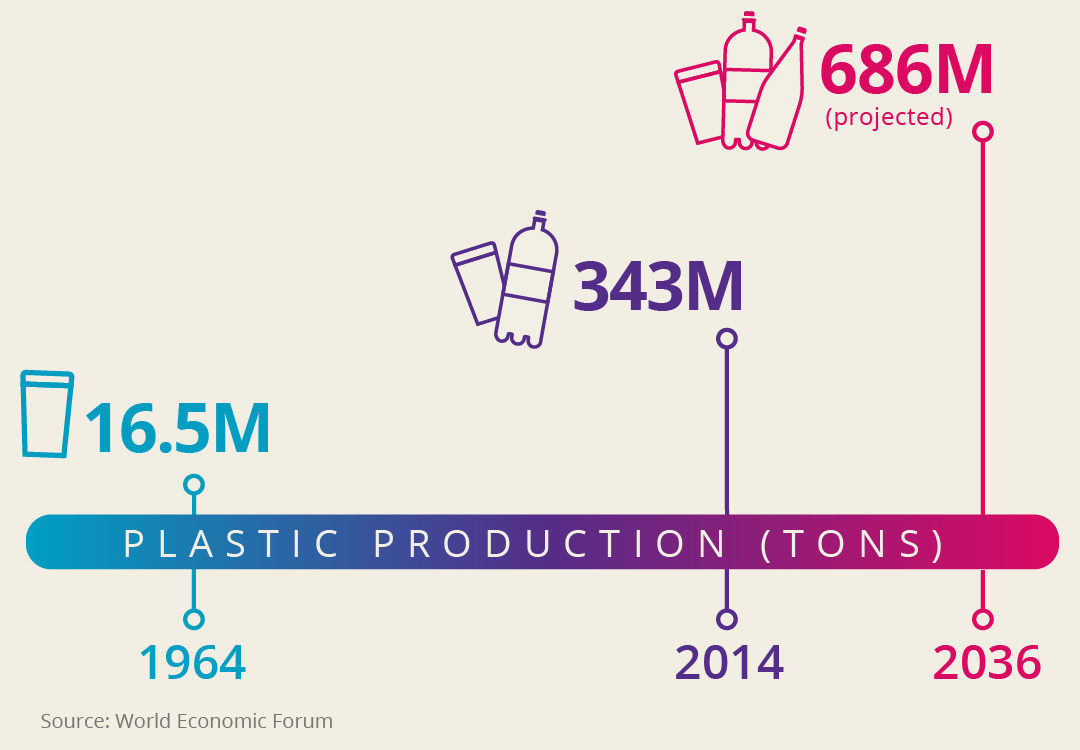 WWF is encouraging the top companies in the world to share their plastic footprint publicly, including how much plastic they are currently making and putting in the market, where it goes geographically and their best guess at what happens to it. Is it recycled, landfilled, incinerated or mismanaged, ending up in open dumps or the environment? Transparent accounting of the plastic that is getting into the system is the first step, and in this, ReSource: Plastic has catalytic potential. The open data wheel has begun to turn, with Coca-Cola, Starbucks, McDonald’s, Keurig Dr. Pepper and P&G leading the charge and pulling back the curtain of their operations.

This disclosure is a giant leap.

If there is courage in the corporate world, this initiative qualifies, as there are clear risks. Open supply chain transparency will empower activist organizations, like OPLN member Greenpeace, to use the data to push for changes they are championing like plastic reduction goals (which no Fortune 500 company has publicly committed to yet).

The findings from ReSource: Plastic with respect to the five launch partner companies include:

Based on the synthesized data, WWF makes four recommendations to its partners and the broader market:

To protect the Earth’s oceans, the entire world must know exactly how much plastic is manufactured, recycled, lost, burned or buried.

Let’s not go back to the world before, a letter from Mohammad Yunus

7 Ways to Pay It Forward, #4 Help Our Heroes